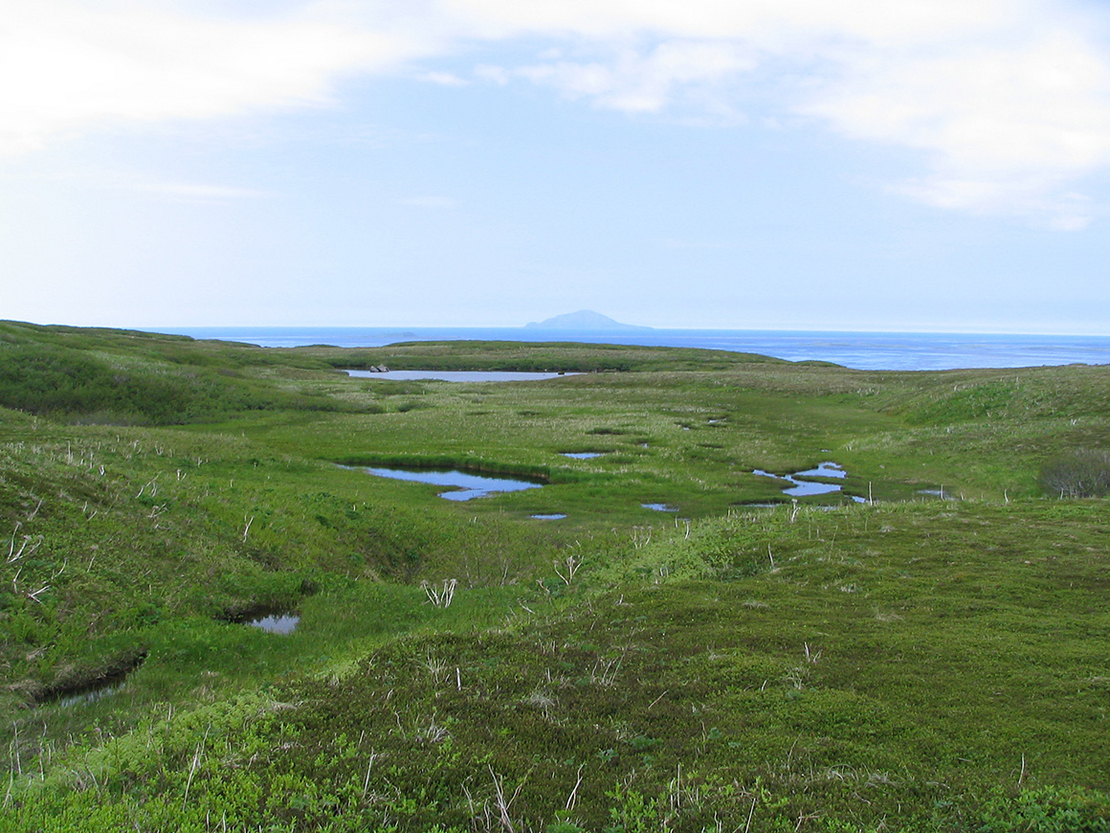 The Biden administration is siding with Native Alaskans over environmentalists, once again defending a Trump-era land exchange agreement that could pave the way for a controversial road through Alaska’s Izembek National Wildlife Refuge.

The Department of Justice on Friday filed a formal brief with the 9th U.S. Circuit Court of Appeals opposing a legal petition from environmental groups challenging a three-judge panel’s decision upholding the 2019 land swap orchestrated by then-Interior Secretary David Bernhardt.

The 9th Circuit three-judge panel, in rejecting a district court’s 2020 decision striking down the land swap, ruled in March that Bernhardt’s decision “was correct” and did not violate federal laws (E&E News PM, March 16).

“The panel correctly concluded that Secretary Bernhardt assumed the facts that motivated” former Interior Secretary Sally Jewell to reject a land exchange in 2013 due to the potential for “adverse environmental impacts” had not changed, DOJ summarized in the brief. What did change, the brief argued, was that Bernhardt “placed more weight on the health and well-being of the people of King Cove than the other factors.”

Bernhardt, DOJ said, was authorized under federal law to give more weight to the concerns of local leaders who have said for years that a road is desperately needed to allow the residents of the remote town of King Cove access to an all-weather airport in nearby Cold Bay, where those in need of emergency medical help can be transported to hospitals as far away as Anchorage.

“Secretary Bernhardt assumed that there are alternatives to a road and that a road would degrade environmental resources” within the Izembek refuge, but “concluded that human life and safety were paramount,” it says.

The DOJ brief is the Biden administration’s formal response to a petition filed by Trustees for Alaska that requests the appellate court to take a second look at the March decision (E&E News PM, April 29).

Trustees for Alaska, which is representing the coalition of conservation groups challenging the agreement — and ultimately construction of a 12-mile gravel road through the Izembek reserve — argues in the petition that the three-judge panel’s 2-1 decision isn’t consistent with federal law.

Bridget Psarianos, a staff attorney at Trustees for Alaska, said in an emailed statement that the panel’s decision, if approved, would set a dangerous precedent in which 104 million acres of conservation system lands across Alaska could be transferred into private hands for economic development.

“Allowing the Interior secretary to trade away congressionally designated portions of Alaska’s national parks, refuges, and wilderness areas, including places like Denali National Park and Katmai National Park, to private interests with no explanation, no transparency and no congressional approval undermines legal precedent and the public interest,” Psarianos said.

“We are hopeful that the 9th Circuit agrees that this is an issue of exceptional importance and grants our request for a hearing of the case en banc,” she added.

The Interior Department, in an emailed statement, said the DOJ brief is about defending an Interior secretary’s ability to make such public lands decisions, “not about the merits of this land exchange, which is an issue that remains to be addressed in litigation before a lower court and, ultimately, by the Department.”

DOJ said in its legal brief that the Trustees for Alaska petition incorrectly made broad assumptions that the three-judge panel’s decision sets a legal precedent threatening other protected lands.

“To be sure, if the [appeals court] panel had held that Interior may trade away Denali” or other federal lands and that it “could do so based purely on economic gains, that would be problematic and in need of correction,” the DOJ brief said.

But the brief said that the Interior Department does not believe either the opinion or the Alaska National Interest Lands Conservation Act (ANILCA) — the 1980 law that established the Izembek refuge and millions of acres of other conservation lands in the state — supports trading away protected federal lands for “an economic purpose.”

The DOJ brief states that “nothing in the panel opinion or the text or structure of ANILCA’s land exchange provision would allow an Interior secretary to arbitrarily exchange away Alaskan conservation lands for economic development.”

The DOJ brief is the latest in the yearslong legal battle over a potential single-lane, gravel road through the Izembek refuge.

Bernhardt’s 2019 land exchange involved trading property owned by King Cove Corp., an Alaska Native corporation, for acreage within the 300,000-acre Izembek refuge, located in the Aleutian Islands between the Bering Sea and Gulf of Alaska, roughly 600 miles southwest of Anchorage.

The state of Alaska, in a brief filed with the court Friday in support of the land swap, said the exchange involves about 500 acres inside the Izembek refuge for 5,340 acres of shoreline acreage, currently owned by King Cove Corp. that would be added to the refuge.

The King Cove parcels have been “recognized for their biological importance by the Ramsar Convention on Wetlands of International Importance, a treaty for the conservation and wise use of wetlands and their resources,” according to the brief filed by the state, which has intervened in the case.

The land exchange agreement did not approve construction of the gravel road, which would need to go through a separate review process.

Trustees for Alaska filed the federal lawsuit challenging the land exchange, on behalf of the coalition of environmental groups, which have long asserted that any road through the refuge would disturb important habitat for migratory birds like the emperor goose and black brant.

Judge John Sedwick in the U.S. District Court for the District of Alaska sided with the environmental groups in a June 2020 ruling.

Judge Kim McLane Wardlaw, a Clinton appointee, disagreed with her two colleagues, writing in a dissenting opinion that Bernhardt never explained the reasoning for this policy shift from Jewell and that she would have found that the land swap violated the Administrative Procedure Act and other federal laws.

DOJ argues in its brief that Bernhardt’s explanation placing public welfare over other concerns “sufficiently explained the change in policy,” in compliance with the Administrative Procedure Act, and that no other documentation was needed.

The Biden administration is defending the land swap over the fervent objections of political allies like former President Jimmy Carter, who signed ANILCA into law in 1980.

Carter filed a “friend of the court” brief in support of Trustees for Alaska’s rehearing petition. He termed the appeal’s court panel’s decision upholding Bernhardt’s land swap deal as “deeply mistaken” and “dangerous” (Greenwire, May 10).

Peter Van Tuyn, an Anchorage-based attorney who co-wrote the legal brief with Carter, expressed disappointment that the Biden administration with the DOJ brief is overlooking the broader impacts of the land-swap on public lands in Alaska.

“Over 100 million acres of national public lands with incomparable conservation and subsistence values are at risk, and the 9th Circuit should vote to review this case because of the panel majority’s flawed reasoning and the exceptional importance of the case for Alaska and the nation,” he wrote in an emailed statement.

Interior Secretary Deb Haaland, the first Native American to lead Interior, visited King Cove in the spring, about a month after the appeal court’s decision, to gather public input from residents on their longstanding request for the road (Greenwire, April 22).

Haaland, who has not commented publicly about the meeting, could technically step in and issue a decision of her own that overturns Bernhardt’s land swap, rendering the legal debate moot — a possibility that appeared to anger the three-judge panel last year during an online hearing on the appeal (Greenwire, Aug. 5, 2021).

But King Cove-area residents reported that their April meeting with Haaland went well and that they believed Haaland walked away with a full understanding of why they want a road through the wildlife refuge.

During the meeting, a man described in press materials from the Aleutians East Borough as the cultural bearer for the event and youth services coordinator for the Aleutian Pribilof Islands Association, conducted an ancestral naming ceremony in which Haaland was named Agdaagum Ax^aasniikangin, or “Mother Bear.”

Haaland called the naming ceremony “a tremendous honor to me,” according to the Aleutians East Borough press materials.

King Cove Corp., which has intervened in the case on Interior’s side, filed a brief with the court last Tuesday arguing that Bernhardt was correct when he “found that the land exchange was necessary to prevent the further loss of life of indigenous people by providing them safe, reliable, and affordable access to the Cold Bay Airport.”

The corporation’s brief stated that 18 people have died between 1980 and 2013 due to “inadequate access” to Cold Bay.

For that and other reasons, the brief said, “this case does not qualify to be reheard” by a broader panel of appeals court judges.