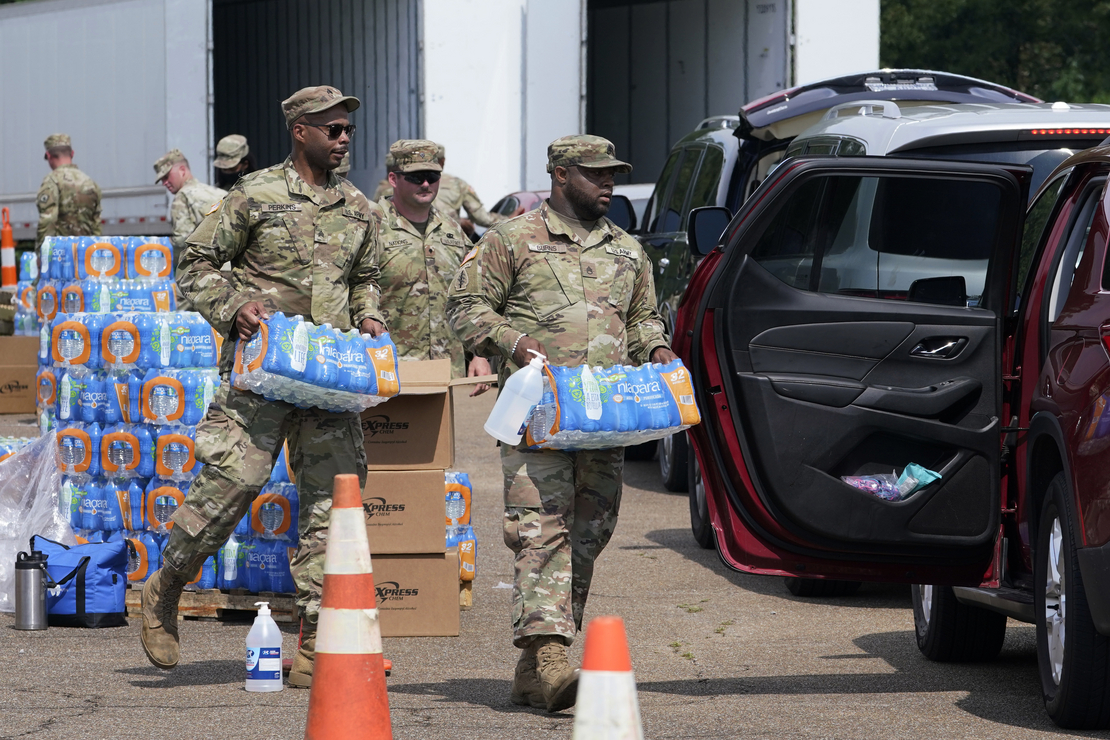 The Justice Department today sued Jackson, Miss., for violating federal safe drinking water rules and floated a plan with the city and state to appoint a third-party manager to run the city’s beleaguered water plant as negotiations continue.

The federal action marks the latest development around the Biden administration’s pursuit of long-term relief for residents of Jackson that have long been plagued by boil-water notices, line breaks and contamination scares from equipment failures at the O.B. Curtis plant. The system’s crash this summer on the heels of severe flooding triggered congressional and federal probes and sparked finger-pointing among city and state officials, lawmakers, and civil rights groups over spending and federal investment (E&E News PM, Nov. 16).

“Today the Justice Department is taking action in federal court to address long-standing failures in the city of Jackson’s public drinking water system,” Attorney General Merrick Garland said in a statement. “The Department of Justice takes seriously its responsibility to keep the American people safe and to protect their civil rights. Together with our partners at EPA, we will continue to seek justice for the residents of Jackson, Mississippi. And we will continue to prioritize cases in the communities most burdened by environmental harm.”

EPA Administrator Michael Regan, who’s repeatedly visited the capital city and appeared alongside Jackson Mayor Chokwe Antar Lumumba, hailed the DOJ’s action in a statement as “a critical moment on the path to securing clean, safe water for Jackson residents” and thanked Garland for his shared vision for the city.

Specifically, the DOJ filed a so-called proposed stipulated order asking the court to appoint an interim third-party manager to operate and maintain the water system and ensure its compliance with federal and state regulations, take charge of billing issues, and oversee priority projects to fix and prepare the system for winter storms and other weather.

The DOJ said in a press release that the proposal is meant to be an interim step while the federal government, Jackson and the Mississippi State Department of Health continue negotiating a legally binding consent decree.

Under the order, the court would appoint Edward “Ted” Henifin as the interim manager of the system and the city’s water billing department. Henifin, according to an online profile, has served 15 years as general manager of the Hampton Roads Sanitation District in Virginia.

The court will now rule on whether to approve the DOJ’s request with the city and state for a third-party manager, as well as DOJ’s request for a six-month stay of litigation while negotiations for a long-term solution in Jackson continue.

The DOJ also, on behalf of EPA, filed a 42-page legal complaint against Jackson in the U.S. District Court for the Southern District of Mississippi, accusing the city of failing to provide drinking water that is reliably compliant with the Safe Drinking Water Act to the system’s customers.

The lawsuit specifically focuses on the crisis that emerged in late August, when the city’s O.B. Curtis water plant was overwhelmed by floodwaters from the bloated Pearl River, leading to a pressure drop that knocked out the delivery of safe drinking water to the city’s more than 150,000 residents. The court, according to the complaint, can impose civil penalties against Jackson for each violation.

EPA outlined a host of problems at the plant — including more than 7,300 distribution line breaks from 2017 to 2021 and more than 320 boil-water notices since May of 2020 — as well as a number of enforcement actions EPA took over the years, including hammering out a consent agreement that required the city to provide a staffing plan for the facility.

Actions to this point from both Jackson and the state of Mississippi have failed to address the long-term woes of the water system there, according to the complaint, and the city has failed to provide a plan for staffing up the facility and ensuring it complies with the Safe Drinking Water Act.

“Notwithstanding the actions that the State and the City have taken or will take to address the emergency situation, an imminent and substantial endangerment to the health of persons continues to exist,” DOJ lawyers wrote in the complaint.