Don Young has a new hypothesis on salmon declines 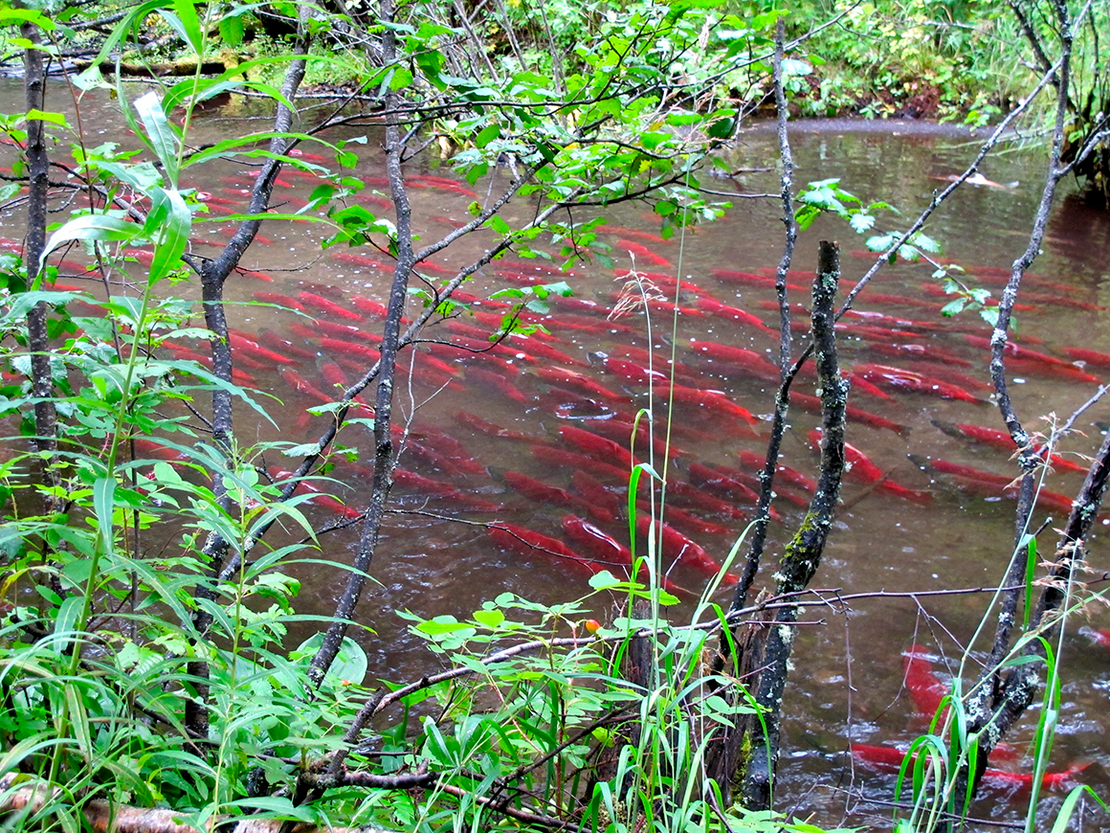 While the decline of wild Pacific salmon — including the massive “king salmon” — can be attributed, at least in part, to warming waters, Alaska Rep. Don Young (R) has another theory: nuclear submarines.

The dean of the House acknowledged today that his idea might garner some snickers, but he argued it should at least be considered as federal scientists investigate the falling fish population.

“We have some problems. We recognize it. Some of the species are way down — the king salmon, chinook or whatever you want to call it — is way down in all our rivers,” Young said in his opening remarks at a House Natural Resources Subcommittee on Water, Oceans and Wildlife hearing. The session is reviewing three bills Young authored to address his state’s fishing industry, as well as a bevy of other wildlife legislation (Greenwire, July 26).

“We don’t know why. We don’t believe there’s any activity in the rivers that are causing it, but I know we’re not catching like we used to because we can’t,” he continued. “They’re not there. We have to figure this out. … Is it climate change, are they moving north, is there a nuclear sub stuck out there somewhere?”

Young added: “Everybody laughs at me. But at one time, I counted 64 nuclear subs in Russia. We had kept track of them as they came off the coast of California.”

He urged NOAA to consider the theory, along with studying pollution and other potential impacts to the fisheries.

“We don’t know, and I think we ought to put a little more research into it,” Young said.

Young spokesman Zack Brown told E&E News that the lawmaker was referring to concerns that sunken nuclear submarines could leak spent fuels into the surrounding waters. He pointed to a 2020 BBC report examining the issue.

Federal fisheries officials said earlier this year that more than 80% of baby salmon in the Sacramento River are expected to die because of warmer temperatures, and California officials confirmed earlier this month that nearly all of the river’s winter-run chinook will die off, thanks to a combination of warm waters and the region’s drought (Greenwire, July 15).