DOT to allot $27B to fix bridges, ensure climate resilience 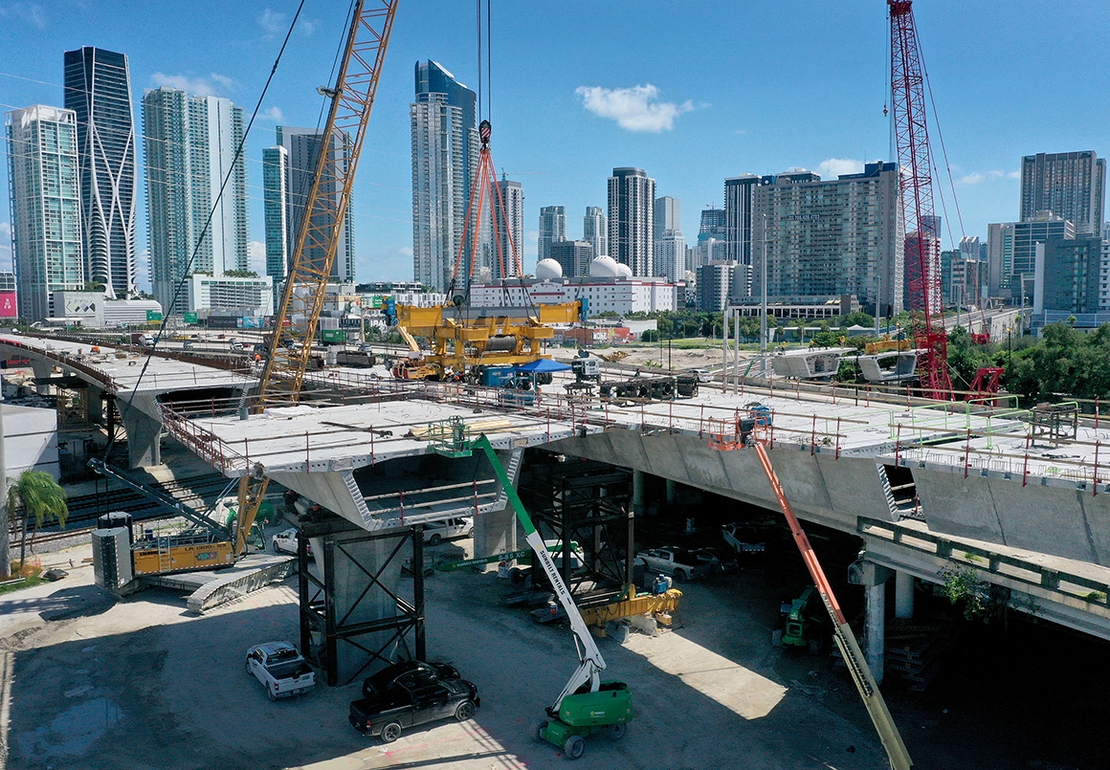 Construction workers build the “Signature Bridge,” at I-95 and I-395 that replaces an older bridge on Sept. 27, 2021 in Miami. Joe Raedle/Getty Images

The Transportation Department today announced historic funding to replace and repair the nation’s aging bridges. The $26.5 billion will also be used to ensure bridges are resilient to the increasingly severe effects of climate change.

The funding, which was passed through President Biden’s bipartisan infrastructure law, provides $26.5 billion to states, the District of Columbia and the U.S. territory of Puerto Rico over five years. It also makes $825 million available to Tribal transportation facilities.

In fiscal 2022, states, D.C., and Puerto Rico can receive up to $5.3 billion along with $165 million for tribes, the department said in a press release. The Federal Highway Administration will oversee the new program.

The funds mark the single largest dedicated bridge investment since the construction of the interstate highway system, DOT said.

“Every state has bridges in poor condition and in need of repair, including bridges with weight restrictions that may force lengthy detours for travelers, school buses, first responders or trucks carrying freight,” Deputy Federal Highway Administrator Stephanie Pollack said in a statement.

“[The funding] will also modernize bridges to withstand the effects of climate change and to make them safer for all users, including cyclists and pedestrians.”

A 2019 study out of Colorado State University found that climate change is threatening the structural integrity of over 600,000 bridges transecting the nation’s highways and cities.

The new Bridge Formula Program is expected to help repair about 15,000 bridges across the country. It will aid local governments to “replace, rehabilitate, preserve, protect, and construct highway bridges.”

The program will also allow federal funds to be used for 100 percent of the cost of repairs. Typically, state or local entities are required to match federal funding up to 20 percent.

The president has committed to cutting carbon pollution up to 52 percent below 2005 levels by decade’s end and decarbonizing the economy by midcentury.