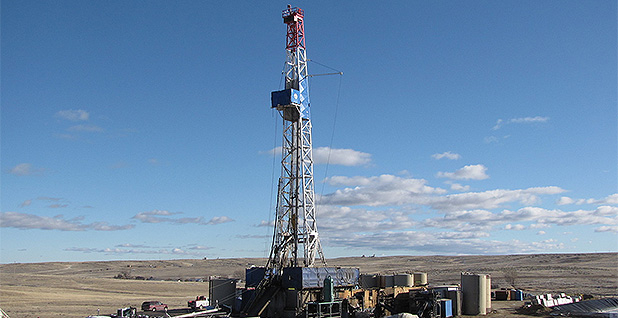 Some of the largest oil producers on federal land have been stockpiling drilling permits, creating a buffer against President-elect Joe Biden’s promise to crack down on oil production.

Biden, who is being inaugurated next week, has said he would end oil and gas permitting on public lands as part of a climate strategy to achieve net-zero carbon emissions in the United States by midcentury.

The plan — alongside commitments to bar future onshore and offshore leasing — has found champions in green groups. And it’s stoked some panic in states like Wyoming and New Mexico, where oil and gas revenues contribute significantly to state coffers and the oil sector is only recently showing economic recovery from the past year’s pandemic-fueled downturn (Energywire, Dec. 16, 2020).

But some drillers have been proactive despite the low price of crude.

"We have a deep inventory of approved federal drilling permits in hand that essentially cover all of our desired activity over the next presidential term," David Harris, executive vice president of exploration and production for Devon Energy Corp., said in a call with investors in October. Devon is one of the largest operators in New Mexico’s Permian Basin.

The Associated Press reported yesterday that drillers in Western states like New Mexico ramped up their federal permitting acquisitions in a three-month period from late fall through the election, submitting requests for roughly 3,000 permits.

The Bureau of Land Management approved 1,400 during that time frame, according to the AP analysis, the highest number of approvals in the four years since President Trump took office (Energywire, Sept. 15, 2020).

Mark Watson, chief of the Wyoming Oil and Gas Conservation Commission, said drillers were anticipating how to best protect their investments under Biden, "who would likely change the landscape for energy exploration in Wyoming."

"These operators have invested in the state by leasing federal minerals with the hopes of development, and it only seems logical that they would apply for [drilling permits] in order to protect their investment," he said.

The permitting activity has allowed some of the biggest players in the federal oil and gas business to assure investors in recent months that they are well prepared to work with the Biden administration and protected from the anti-oil policy levers, according to observers.

"There’s not going to be a stopping of activity on federal acreage," Devon Energy CEO Dave Hager told investors during an earnings call in October. Hager argued that the company was shoulder to shoulder with New Mexico Gov. Michelle Lujan Grisham (D) regarding the important role oil and gas plays in the state’s economic outlook.

He said of the Biden drilling impact: "It’s a great hypothetical question."

But the most likely impact is simply a slowdown of activity, he added.

Vicki Hollub, president and CEO of Occidental Petroleum Corp., has also said the Biden administration is unlikely to have an immediate negative effect on the industry. The company is among the largest leaseholders in the Gulf of Mexico and a significant player in both New Mexico and Wyoming.

"We don’t expect any near-term impact on either Gulf of Mexico permitting or anything onshore," she said in a call with investors this winter. "There’s going to be other things that are much more urgent for [Biden] to take on."

Still, industry’s permits only last so long. While a federal lease is good for 10 years, a federal drilling permit — which costs roughly $10,000 — lasts for two years with the option to renew.

"We’ve never had an extension denied before," Hager of Devon Energy said in October.

But Kevin Book, head of research at ClearView Energy Partners, expressed some caveats to the confidence that permitting stockpiles would "somewhat insulate producers against a permitting slowdown or moratorium."

The Bureau of Land Management has a host of tools that make it less economical to produce, Book said yesterday, pointing to "new obligations for water management, well integrity, venting and flaring on federal lands via new (or reinstated) rules."

The agency could also block the permit extensions that some companies are counting on.

"That would be a change from the historical norm," Book said. "But we can’t rule it out."

Also, state permitting numbers do not always follow the same trend. In Wyoming, drilling permit applications overall actually fell in 2020. The dip stemmed from a change in state regulations and stopped what had been a multiyear acquisition of permits that many companies had no intention of drilling, according to Wyoming experts.

Wyoming drillers applied for 3,868 permits in 2020, one of the most difficult years for oil prices the industry has seen in decades. The year before, they applied for 10 times that, according to state data reviewed by E&E News.

Ryan McConnaughey, spokesman for the Petroleum Association of Wyoming, said member companies were working to maintain production well into the future, but he pushed back on the idea that industry had a goal of "stockpiling" permits ahead of the Biden administration.

"Producing the energy Americans need requires time, investment, and a pipeline of available reserves from which to draw," he said in an email. "Buying and holding leases under the rules is normal business practice."