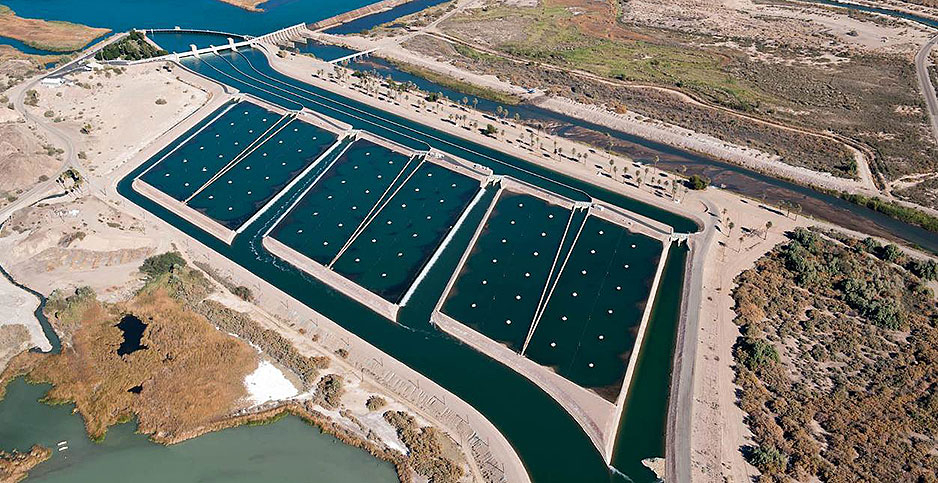 A California water district and a looming environmental disaster have impounded drought contingency negotiations on the Colorado River.

The Imperial Irrigation District, or IID, is California’s biggest user of Colorado River water, servicing nearly 500,000 acres of farmland in the southeast corner of the state.

It is now refusing to sign on to a basinwide drought contingency plan unless more federal money is provided to address the Salton Sea, a shrinking lake that is exposing a toxic-dust-emitting lake bed.

At a board of directors meeting yesterday, IID declared a standoff with Bureau of Reclamation Commissioner Brenda Burman.

If the drought contingency plan, or DCP, talks stall, he went on: "Let’s be clear about what it would become: the Burman DCP shutdown."

The board was responding to Burman’s decision last week to seize control of the drought plans after the states failed to meet her Jan. 31 deadline to agree on the DCP.

Leading up to the deadline, five of the seven basin states — Colorado, Nevada, New Mexico, Utah and Wyoming — reached agreements.

All eyes were on Arizona, which appeared to face the biggest challenges, including needing the approval of its state Legislature. But as Arizona rushed to pass legislation, attention shifted to California and IID (Greenwire, Feb. 1).

A shortage would be declared on the Colorado River if the elevation of Lake Mead in Nevada and Arizona falls below 1,075 feet. Forecasters say there is a 50-50 chance of that happening this year, which would mean cutbacks would begin in 2020. The bleak outlook and historic drought conditions were the motivation behind Burman’s deadline.

Under the DCP outline, California isn’t required to cut back until Lake Mead drops to 1,045 feet. But at that point, California must cut 200,000 acre-feet, and IID was planning to make up more than half of that — 125,000 acre-feet, according to IID spokesman Robert Schettler.

IID’s board approved the drought plan in December, but it put three conditions on that action, including roughly $200 million in federal funds for the Salton Sea.

"The Salton Sea is an integral part of the Colorado River system," Hanks said. "The feds are not waiting on IID. IID is waiting on the feds."

Once a tourist hot spot, the Salton Sea — California’s largest lake at 350 square miles — now sits on the brink of disaster.

The lake filled accidentally in 1905 when a temporary channel dug across the border in Mexico for the Colorado River gave out. Since then, it’s been fed by farm runoff in the booming Imperial Valley, where 80 percent of the country’s winter vegetables are grown.

That changed in 2003, when California facilitated the country’s largest farm-to-city water transfer.

It required IID to send water to San Diego and the neighboring Coachella Valley, depriving the Salton Sea of its inflows.

The agreement gave the state 15 years to come up with a solution to prevent the lake from rapidly shrinking, exposing a lake bed that emits toxic dust when winds whip through the area.

The lake is rapidly drying up. More than 100 square miles of the lake bed are likely to be exposed, creating a public health risk for nearby disadvantaged communities already suffering from increased asthma rates (Greenwire, June 20, 2016).

Now, IID says that before it will sign the DCP, the federal government needs to provide $200 million that was allocated in last year’s farm bill to Salton Sea efforts.

That would approximately match another $200 million in a water bond earmarked for the Salton Sea that California voters approved last year.

"IID see this not as an either/or proposition, but as an honest effort by the district to improve the sustainability of the Salton Sea and to ensure the viability of the DCP," IID Board President Erik Ortega said yesterday.

Michael Cohen of the nonpartisan Pacific Institute, who has studied the Salton Sea extensively, said IID is likely motivated by the lack of action on the ground. Millions of dollars has been pledged to the Salton Sea effort, he said, but little has actually been put to use as the lake is drying up.

"Ultimately, the state has money appropriated in Salton Sea accounts and is not spending it," Cohen said.

IID also wants to get the feds involved.

Cohen noted the federal government owns 40 percent of the land that will be exposed at the Salton Sea.

"There is a clear federal obligation to manage those lands," Cohen said. "The feds have been clear that they are not taking ownership of the project."