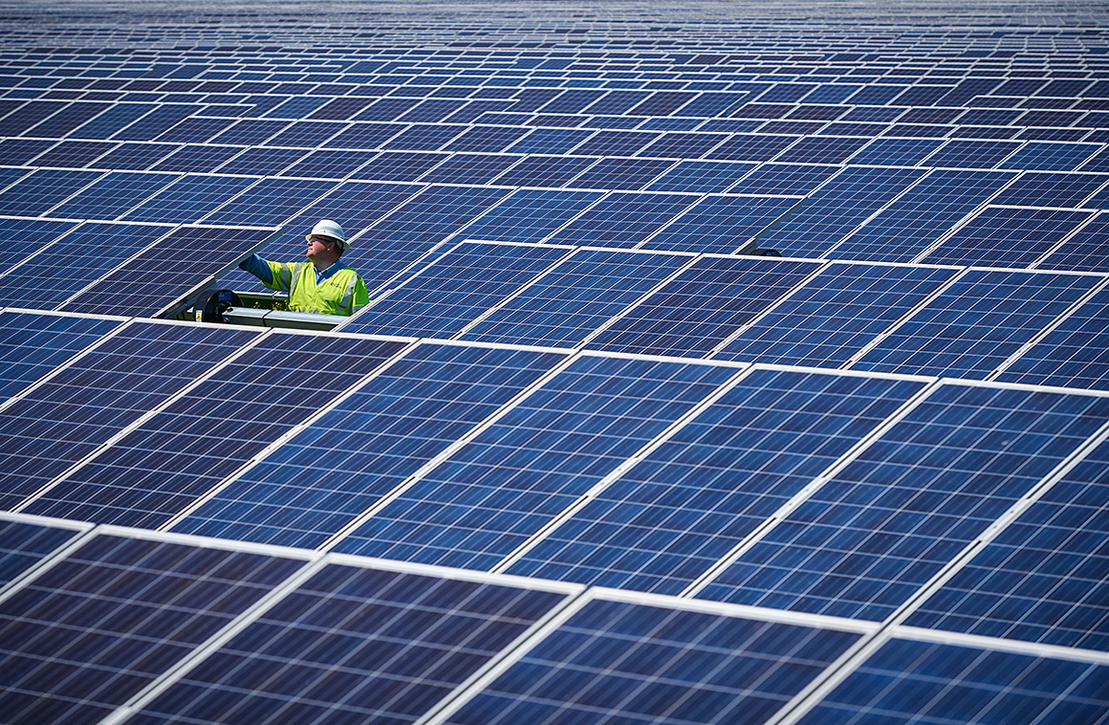 Duke Energy Corp. will focus on expanding renewable energy, including utility-scale solar, in its core territories in the coming years. Duke Energy

Duke Energy Corp. intends to close the rest of its coal plants by 2035 and more than double its renewable capacity by 2030 as part of a massive — and expensive — clean energy push.

Duke said yesterday it expects to spend over $130 billion in the next decade on projects and investments, 80 percent of which will go toward cleaner sources as it overhauls the grid to support more renewable energy and new technologies. It has added $4 billion to a five-year spending plan, as well, which is now about $63 billion.

The company will shutter 11 remaining coal-fueled plants, including six across North Carolina and South Carolina, one in Florida and four in the Midwest. Duke now owns, operates or uses energy from more than 10,000 megawatts of solar and wind and wants to more than double that number to 24,000 MW by 2030.

As a regulated electric company, Duke is allowed to recoup the cost of its investments, plus earn a profit. North Carolina utility regulators are developing new rate structures that will let Duke do so in a way to minimize big increases, or “rate shock,” to customers. It is unclear whether Duke will ask to do the same in other states right now.

The clean energy transition “requires candid discussions about the appropriate energy policy for each state, recognizing the unique differences of existing resources, customer bases and policy objectives,” Duke CEO Lynn Good said yesterday on a call with analysts and investors.

On Wednesday, Good was among the CEOs from some of the nation’s largest U.S. investor-owned electric utility companies who met with President Biden and urged Congress to pass energy tax credits that are a part of the now-stalled “Build Back Better Act” (Energywire, Feb. 10).

Biden wants the U.S. power sector to decarbonize by 2035, whereas many of the nation’s electric utilities have set net-zero carbon targets for 2050. Electric companies told Biden they support his policies but said tax incentives are needed to soften the blow for customers.

The Duke CEO said Congress needs to pass a suite of clean energy tax incentives. Those are necessary to drive down the costs of renewables for utilities and eventually for customers, she said.

The electric utilities want the option to choose between production tax credits and investment tax credits for solar, as well as the option to immediately apply those tax benefits upfront, a move that would lower initial costs.

They also are calling for a 100 percent direct-pay option for all clean energy credits; a new tax credit for existing nuclear reactors; and one for transmission, energy storage and hydrogen.

Good told analysts that it’s hard to determine what will happen with the tax credits, given that there’s not a clear piece of legislation right now, and because Congress is grappling with a variety of other topics.

“It is our conviction that the clean energy tax provisions would be very helpful not only to support the transformation that’s underway at Duke, but throughout the industry,” Good said yesterday. It also would “allow us to lower the price of that transformation,” she said.

For Duke, future work includes cutting CO2 emissions 70 percent from 2005 levels in North Carolina to comply with a wide-ranging energy law passed last year (Energywire, Oct. 6, 2021). In Florida, Duke will spend $1 billion to add 750 MW of solar over the next three years, adding to the 600 MW that is on the grid now.

In Indiana, Duke has filed a long-term energy plan that includes speeding up its coal closures to 2035, adding 7,000 MW of renewables over the next 20 years, and cutting carbon emissions 88 percent from 2005 levels by 2040.

The company is making a strategic but notable shift away from expanding its wholesale, commercial renewable energy business, focusing instead on adding solar and other renewable technologies in its core territories.

Trade restrictions, supply chain issues and an increased focus on its regulated electric companies are leading Duke to push between 400 and 500 MW of the large-scale renewable energy projects in its competitive business into 2023.

“We are evaluating capital allocation on renewables and … we said as we ramp up partner investment in the Carolinas and in Florida around renewables,” Good said. “So we will make the right decision on where we invest the renewable capital.”

Analysts asked how much of the company’s supply chain challenges are unique to renewables. Good said the company is benefiting from having long-term relationships and contracts with vendors as well as a good inventory.

But the company has faced challenges around solar panels and other supplies not being ready by a certain time frame needed to complete a project. Alternative vendors may be more expensive, Good said.

“We’ll look at, again, [2023] as we approach it to see what makes sense based on the projects that are there and the returns as we move forward,” said Steven Young, the company’s chief financial officer.