Dust, lead, mercury. ‘Would he have that at Mar-a-Lago?’ 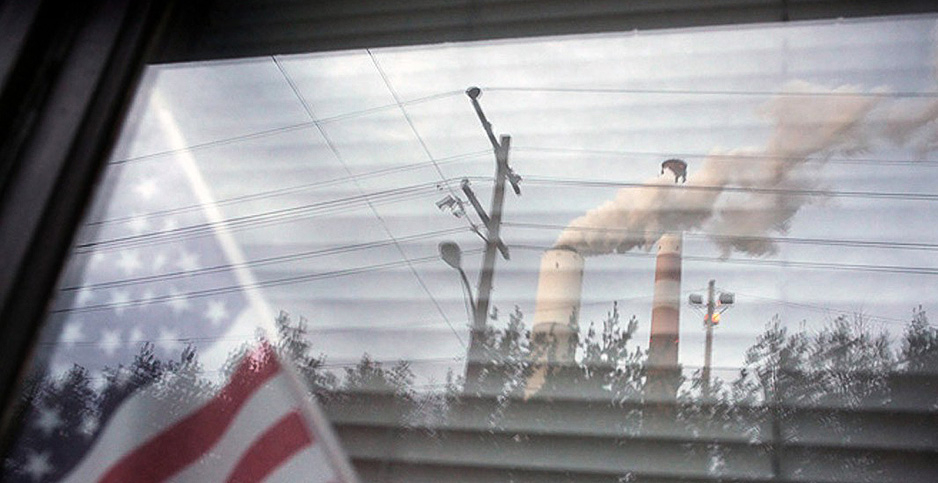 The fine particles from the Cheswick Generating Station blanket cars, tables and windows in this city of 3,350 people, where the dominant feature is a power plant. Its soot stains white siding, roofs and metal porch posts. The plant’s stacks can be seen from the second-floor bedroom window of Carson’s modest family house, from which the deceased author of "Silent Spring" left to roam nearby orchards and hunt for fossils.

For almost 50 years, the coal-burning plant, a few miles upriver from Pittsburgh, has powered homes in Pennsylvania and beyond. It’s also a key source of pollution in a region that has some of the dirtiest air in the nation. And now, the same EPA that was created in the wake of Carson’s groundbreaking work has introduced a plan that might prolong the life of the Cheswick plant.

EPA acknowledged that its proposed Affordable Clean Energy plan would cause an additional 1,400 premature deaths a year. EPA analysis shows that people in western Pennsylvania, where the plant is located, and West Virginia could be most affected by the administration’s rollback of the Clean Power Plan, former President Obama’s rule to reduce greenhouse gases and air pollutants from power plants. By 2030, the Affordable Clean Energy plan is expected to cause tens of thousands of missed workdays and 15,000 new cases of upper respiratory problems, according to the agency’s analysis.

Springdale is the living representation of those numbers. In Washington, D.C., figures about premature deaths are abstract, like the colored graph in the agency’s 289-page document. But here in Allegheny County, the number has caused real dread.

"I was hoping it would fold under, but with Trump I don’t think it will fold," said Marti Blake, who lives across the street from the plant. "I’m angry about it. You wouldn’t want to live in the shadow of a power plant. It’s dirty, it’s unhealthy, and it’s going to kill you."

Blake spoke on the day that EPA announced it was relaxing a plan to reduce mercury emissions in power plants, even as many plants are already complying with the Mercury and Air Toxics Standards. The Cheswick plant also has a high rate of mercury discharges. People in town talk of feeling sick and of scrubbing their cars of soot.

Coal is built into the fabric of this community, both as a source of life-sustaining work and as a hardship. The high school football team is called the Dynamos, and its logo is a bolt of electricity. A statue of a coal miner greets visitors at the edge of town. It’s part of a memorial at the Allegheny County volunteer fire company marking the lives lost in nearby mines.

"Our communities were built and this proud legacy began as industry developed in these valleys, fueled by coal and human grit," a plaque reads.

Springdale’s history is rich with industry accomplishments — and its pollution. Carson, a famed marine biologist and author who was born in 1907, watched horses being marched into a glue factory here as a girl. The Cheswick station wasn’t built until after she moved away, but it didn’t go unnoticed to the influential conservationist. By the end of her life, in 1964, Carson was appalled at the pollution that choked her hometown, according to a biography by Linda Lear.

"In the end, Rachel Carson remembered only how embarrassed she was by the foul smell of the glue factory that greeted disembarking passengers at the train station; how dreary and dirty the working-class town became when the West Penn Power Company and Duquesne Light Company squeezed it between their huge power stations at both ends, and how endlessly ugly Springdale was," Lear wrote.

The Obama administration’s Clean Power Plan and other pollution restrictions added pressure to the Cheswick plant, and others, to reduce greenhouse gases and soot-causing particulate pollutants. The Trump administration terminated the Obama plan before it took effect. The plant is owned by GenOn, a subsidiary of NRG Energy Inc., and a spokeswoman did not respond to a request for comment on the planned life span of the facility.

That the volatility of EPA’s climate policies, swinging like a pendulum between Obama and Trump, could affect a plant in Carson’s hometown is noteworthy. Her writings about pesticides helped inspire the agency’s creation.

A historical section on the agency’s website notes, "EPA today may be said without exaggeration to be the extended shadow of Rachel Carson." Top agency officials make major announcements in the Rachel Carson Green Room. In the Trump era, the room has been home to triumphant events revealing relaxed regulations and initiatives to sideline some scientific research on the health dangers of particulate pollution.

That room is a world away for Donna Kunsa. She looked through her front window at a white cloud streaming out of the Cheswick scrubber. The plant deposits a thin layer of coal dust on her house every day.

The Sierra Club has filed a notice of intent to sue the plant’s operator. The group claims that Cheswick is emitting excessive amounts of nitrogen oxides, which cause smog, and that plant operators are not using its scrubber as much as they should be. The Sierra Club also argues that the plant is releasing too much fly ash and coal dust.

Allegheny County is in the top 2 percent of counties nationwide for cancer risk from air pollution, according to the University of Pittsburgh. Earlier this year, the PennEnvironment Research and Policy Center released a list of the biggest polluters in the county; Cheswick topped the list.

The plant had the county’s highest rate of nitrogen oxide and sulfur dioxide emissions in 2016. It led in mercury and lead, too, according to the Pennsylvania Department of Environmental Protection. Nationally, it released more lead into local waterways than all but three other power plants in 2015, according to EPA.

All of that soot leads to high levels of asthma. A study by the Pediatric Alliance found that children in the region who live near industrial pollution sites, including the Cheswick plant, have high rates of asthma. The study of 1,200 students found that they’re exposed to levels of air pollution that exceed standards by EPA and the World Health Organization. The rate of asthma among those children, at 22.5 percent, is more than double the national average of 8.6 percent, as estimated by the U.S. Centers for Disease Control and Prevention.

EPA acknowledges that more of those pollutants would be released under its proposed rollback of the Clean Power Plan.

Recent closures of other pollution sources have lowered asthma rates. After a coke factory named Shenango shut down in Allegheny County, there was a 25 percent decrease in asthma incidents and a 50 percent reduction in uncontrolled asthma, said Deborah Gentile, an allergy and asthma specialist with the Pediatric Alliance.

"They think that just because you don’t see it, it’s not there, and they have a hard time grasping that," she said of air pollutants. "It’s there, and it’s causing harm. It’s linked not only to asthma but prematurity, cardiovascular effects, brain function, learning and dementia. Cancer is an obvious risk."

The plant has a scrubber installed to cut down on air pollution, but the Department of Health in Allegheny County found in 2012 that it was "minimally" operating one of those controls. The plant released 139,579 pounds of chemicals that contribute to air pollution in 2016, including one of the highest levels of lead from a power plant into a waterway.

That’s deeply concerning for Laura Jacko, who bought a house with her husband just downriver from the Cheswick plant. She didn’t know it was there, she said. Then their 1-year-old son, Pierce, was born prematurely.

He has breathing problems, possibly a sign of asthma, and had to wear a mask with albuterol when he got sick this winter. Jacko said coal plants are a reminder of the city’s industrial past, one that it has worked to overcome, with goals of becoming a national leader in the technology industry and in the medical field. She’s an enthusiastic booster for the city but worries that remnants of its industrial past will scare off newcomers.

"Pittsburgh has been trying so hard to shake this image of being this dirty city that people think of from the old times. It’s really trying to rebrand, but you’d think we would want to get rid of all these hangovers from the old steel and coal days," she said.