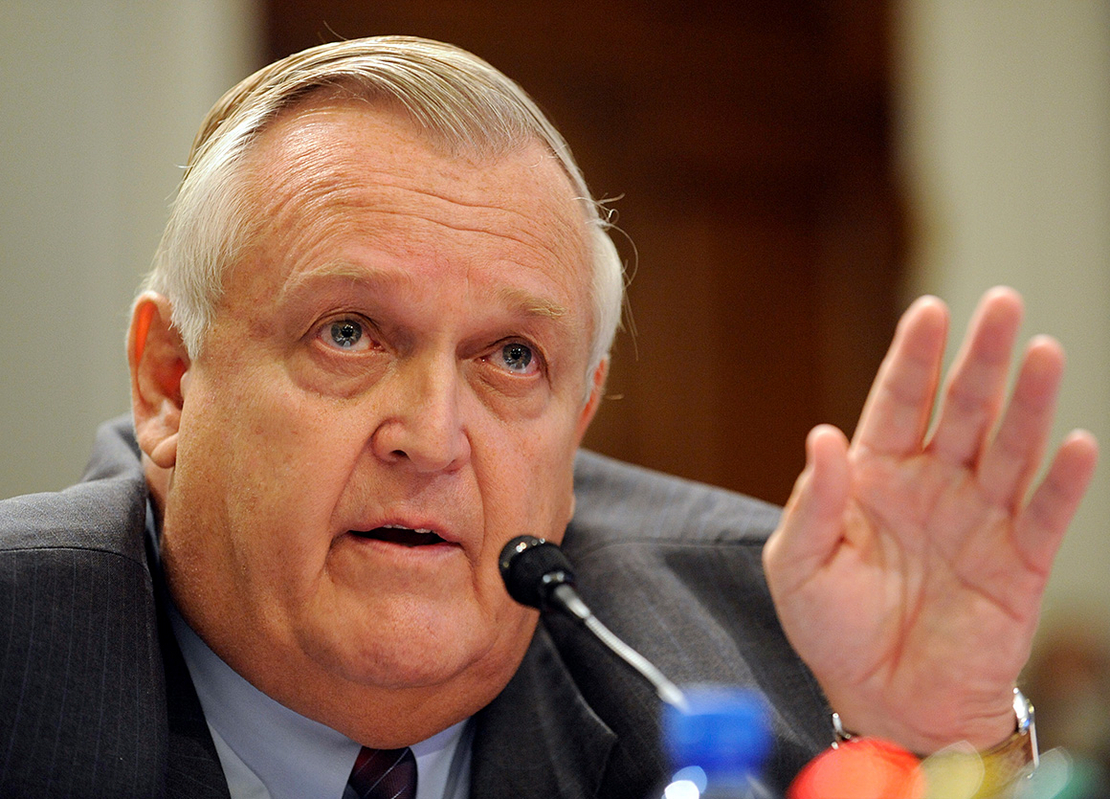 Earl Devaney was an Interior Department watchdog whose bite was every bit as sharp as his bark.

Devaney, who died last Friday at the age of 74, spent more than a decade as Interior’s inspector general. His investigations targeted high-ranking officials, uncovered political shenanigans and identified a ton of misspent federal funds.

“Earl was a larger-than-life figure who made a lasting impact on the oversight community,” Interior’s current inspector general, Mark Lee Greenblatt, said in a statement. Greenblatt is vice chair of the Council of the Inspectors General on Integrity and Efficiency, which announced Devaney’s death.

A former Secret Service agent, Devaney spent a decade as Interior’s IG starting in 1999. In 2009, President Barack Obama picked him to lead the Recovery Accountability and Transparency Board, which oversaw the $787 billion American Recovery and Reinvestment Act.

A plain-speaking, physically imposing father of two sons, Devaney had a sense of humor and a talent for anecdote. He also took seriously the adage that sunshine is a disinfectant.

“Transparency can cause embarrassment, which in turn causes self-correcting behavior,” Devaney told a House oversight panel in 2001, adding that “it has become increasingly clear to me that transparency is a friend of the enforcer and the enemy of the fraudster.”

It can also make for dicey days at work, as Devaney recounted once he retired to Florida.

“It’s not easy telling a secretary of Interior, for instance, that her deputy is under investigation for crimes,” Devaney told E&E News in a 2017 interview. “That’s the kind of thing that you don’t covet going to work every day to do something like that” (Greenwire, April 21, 2017).

A Massachusetts native and a 1970 graduate of Franklin & Marshall College, Devaney was special agent in charge of the fraud division of the Secret Service before being named in 1991 as the director of the Office of Criminal Enforcement, Forensics and Training for EPA.

“I came out of a sort of a hierarchical kind of military outfit like the Secret Service and showed up at EPA, and, you know, you needed a dictionary to understand what the people were talking about with all the acronyms,” Devaney said in the 2017 interview.

The Interior IG job presented him with a different set of challenges, starting with the status of his investigative targets. In his Senate confirmation hearing, he likened the job to “standing over barbed wire.”

In 2002, he began what became an 18-month investigation of Interior Deputy Secretary J. Steven Griles, a former oil and gas lobbyist. The Office of Government Ethics in 2004 found no ethics violations by Griles. But Devaney’s probe cited myriad instances in which the Interior leader had shown poor judgment, including contacts with former partners or companies with financial stakes in Interior decisions (Greenwire, March 17, 2004).

In 2006, Devaney complained to a congressional subcommittee that the Interior Department in general wasn’t taking his findings seriously. “Simply stated, short of a crime, anything goes at the highest levels of the Department of the Interior,” he said (E&E Daily, Sept. 14, 2006).

In 2007, Griles pleaded guilty to lying to a Senate committee about his relationship with disgraced lobbyist Jack Abramoff.

Griles had testified that he had not tried to help Abramoff’s Native American clients by influencing the Interior Department’s decisions on tribal gaming rights. In various emails, Abramoff indicated otherwise. Griles was sentenced to 10 months in federal prison and a $30,000 fine.

A 2008 audit of abandoned mine sites on Interior lands warned that the department’s poor management of abandoned mines posed a serious public health and safety risk, creating a situation where “the potential for more deaths or injuries is ominous.”

The report documented cases of mines laden with toxic metals, unmarked car-size mine shafts and dilapidated structures, even as the Bureau of Land Management and the National Park Service failed to address the problem.

And some of Devaney’s investigations turned up dirtier dirt than others.

A two-year IG investigation of what was then called the Minerals Management Service found that 19 employees of the agency’s royalty-in-kind program partied with and received financial favors from oil and gas companies with which the agency was conducting official business (Greenwire, Nov. 21, 2008).

The royalty-in-kind program allows companies to pay royalties in the form of oil and gas rather than cash.

Devaney’s investigation found that the employees participated in “a culture of substance abuse and promiscuity,” which included instances of cocaine and marijuana use, and they let favored companies pay for golfing, skiing, lodging and sports tickets. Two employees had sexual relationships with company officials, the investigation found.

“I’m sure you’re not the most popular guy when you walk down the corridors at the Interior Department,” then-Rep. Tom Davis (R-Va.) told Devaney during a 2006 hearing.