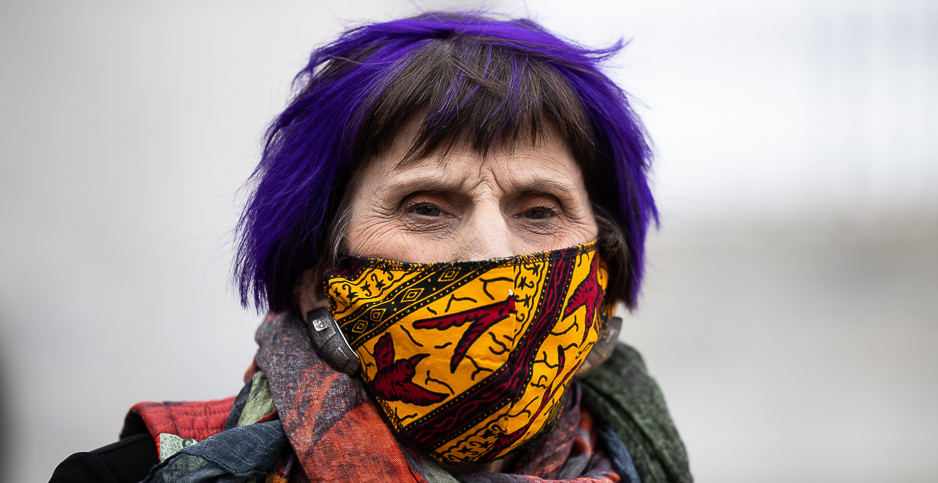 Army Corps of Engineers projects and state and local water grants stand to benefit as Congress moves ahead with lifting a decadeslong ban on earmarks.

"Our bipartisan reforms will produce a small number of projects with strong community support, a transparent process where no member’s family can benefit and where projects are audited to ensure money was spent as planned," said DeLauro, stressing for-profit corporations will not be eligible.

House appropriators said the focus on community spending makes Army Corps projects a natural fit, especially since they are among the largest federal efforts undertaken in many communities.

They also noted earmarking money for specific Army Corps projects would allow lawmakers to move their communities to the front of the line amid a multibillion-dollar project backlog.

"It isn’t giving money to Walmart. A public interest is being served," said Rep. Marcy Kaptur (D-Ohio), the chairwoman of the Energy-Water Appropriations Subcommittee, explaining why water projects will benefit.

Rep. Mike Simpson (R-Idaho), Kaptur’s GOP counterpart on the subcommittee, agreed the Army Corps, along with the Bureau of Reclamation, are likely to see earmarks for public works initiatives.

He also said the Interior-EPA bill is likely to see requests from members to support water delivery and sewer systems upgrades.

"Who knows their district better, lawmakers or some bureaucrat in Washington?" said Simpson, echoing an argument he and other backers of earmarks have made ever since they were banned.

Congress moved to end earmarking in 2011 after several high-profile scandals landed at least two members in jail and ascendant conservatives saw it as way to signal they would rein in spending. Earlier reforms did not satisfy critics on both sides of the aisle, but particularly among Republicans.

In recent years, lawmakers have reconsidered the move, saying earmarks can provide the legislative juice needed to move complex legislation.

They also see winning directed spending for local projects as one of the easiest ways to build goodwill with their constituents.

House Democrats have been quick to stress they are not seeking a return to the freewheeling earmark era of the past when members pushed for dozens of earmarks for local corporations. Instead, new rules mean dollars can only be directed toward state and local governments and nonprofit organizations.

Aside from the ban on corporations, lawmakers will be able to request no more than 10 earmarks per years and overall community project funding can account for no more than 1% of the federal budget (roughly $1.4 billion).

House Republicans have yet to decide whether they will support the proposal. House Minority Leader Kevin McCarthy (R-Calif.) said last week he would consider any earmarking proposal from Democrats. But he added, "It can’t be what was around here before, there has to be accountability."

Already, the House Freedom Caucus, the hard-right group of about 40 Republicans committed to less government, has said it will oppose any bid to revive earmarks now or in future congresses.

Former Rep. Jim Moran (D-Va.), a senior appropriator who now does lobbying work as a senior policy adviser for Nelson Mullins, welcomed the return but said backers should "curb their enthusiasm" as earmarking will be limited for at least the first few years and face sharp scrutiny.

"Democrats are going to have to be awfully careful to protect their backside coming into 2022. You don’t want to give the opposition any ammunition," he said.

Moran agreed Army Corps projects are likely to be a favorite of lawmakers. He also said any defense earmarks will likely to go nonprofits doing research and development work rather than weapons contractors who in the past were amongst the largest recipients.

The Senate, which only halted earmarking after the House ban, has signaled it’s on board with the House’s latest proposal.

"I have never been against earmarks or direct appropriations but only for those that are meritorious [and] transparent," said Sen. Richard Shelby (R-Ala.), the chamber’s top GOP appropriator. "If they’re frivolous requests, that should go by the wayside."

Transportation and Infrastructure Chairman Peter DeFazio (D-Ore.) said he too wants to revive earmarks for this spring’s multiyear surface transportation authorization bill, the foundation of a potentially multitrillion-dollar economic recovery package being sought by the White House.

"With a transparent, efficient process in place to identify district priorities, coupled with good partnership from the federal government, Congress can help put people to work on badly needed infrastructure projects and transform the way we build and move," he said.

Like the spending bill earmarks, there would be several safeguards to prevent abuse and make sure only needed projects receive funding. That would include a requirement that members provide the status of any project under the National Environmental Policy Act.

Allowing members to earmark projects is seen as likely to help build support for the costly infrastructure package that conservatives have already begun to organize against.