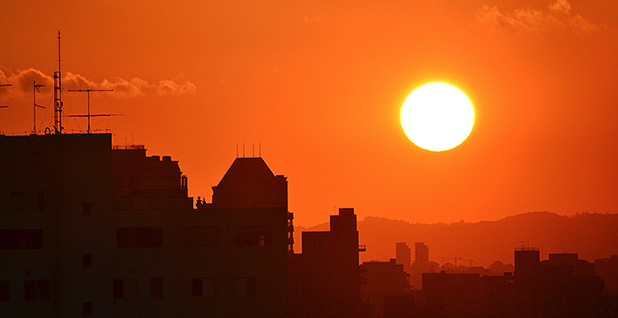 The planet reached its highest average surface temperature on record in 2016, scientists from the National Oceanic and Atmospheric Administration reported today. It was the third consecutive year that a new global annual temperature record was set.

With a boost from the El Niño weather phenomenon, officials said, the globe experienced eight consecutive months of record warm heat from January to August last year. And despite the cooling influence of a weak La Niña, the year ended with the third-warmest December on record.

The average temperature across global land and ocean surfaces in 2016 was 58.69 degrees Fahrenheit, which was 1.69 degrees above the 20th-century average, according to NOAA’s National Centers for Environmental Information.

Since the start of the 21st century, the annual global temperature record has been broken five times. News of the milestones comes as Americans are increasingly certain about the risk of climate change.

The proportion of Americans who are "extremely" or "very" sure global warming is happening is at 45 percent, reflecting its highest level in six years, according to national survey data released today.

The number of Americans who were "very worried" about global warming also reached a record high of 19 percent, according to researchers.

Likewise, respondents said they increasingly viewed rising temperatures as a problem to developing countries, people in the United States, future generations, their families and themselves.

The research was funded by the 11th Hour Project, the Energy Foundation, the Grantham Foundation and the MacArthur Foundation. It has a 3-percentage-point margin of error.