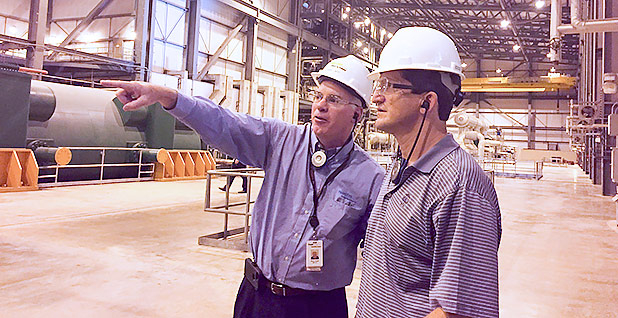 However, the duo split not only on their partisan preferences — with Faison’s ClearPath Action Fund backing Republican nominees while Steyer’s NextGen Climate prefers Democrats — but on the return on those investments, with Faison basking in the success of the candidates his group boosted in this election cycle.

By comparison, Faison’s ClearPath won 13 of the 15 races in which it endorsed candidates — and at a cost of just $4.8 million.

"Clean energy voters are the most persuadable votes out there, and there’s roughly 15 million of them," Faison told E&E News in an interview yesterday.

But even Faison acknowledged that his group’s success in its first election cycle was significantly better than anticipated.

Faison credits his group’s success to a targeted advertising model and conducting its own internal polling — including a control group of voters not exposed to its ads — to test its messaging throughout the cycle. The work included candidate-specific websites as well as digital ads and direct mail.

"We’re conducting polling right now to see how far they moved the needle," he said.

"We’ll be able to raise more money given the success we had and the ability to do more races," he said, noting that the group’s first-cycle success "doesn’t hurt."

"We’ve already been working with the [Trump] policy team some, especially around areas like nuclear, where we all agree we’ve overregulated our nuclear industry and it’s important for national security, jobs and the environment," Faison said. He also plans to focus on areas including hydropower and coal technologies.

League of Conservation Voters President Gene Karpinski defended the group’s record expenditure of more than $45 million, arguing that despite failures on the federal level, the environmental group saw success in its state-level campaigns.

"In terms of our investment, we’re proud of what we did," Karpinski said at a press conference at the National Press Club. "We’ve done more than ever before. There are better stories to tell of the state-level investments than the federal level, although there were some success stories there. We just need to keep fighting, because we know the challenge is real. We know the public is on our side. We just have to keep going."

He added that while Trump tried to walk back that sentiment in the first presidential debate — incorrectly denying that he had ever characterized global warming that way despite doing so repeatedly on social media — "no one ever challenged him again in a public setting. That’s unfortunate" (E&E Daily, Sept. 27).