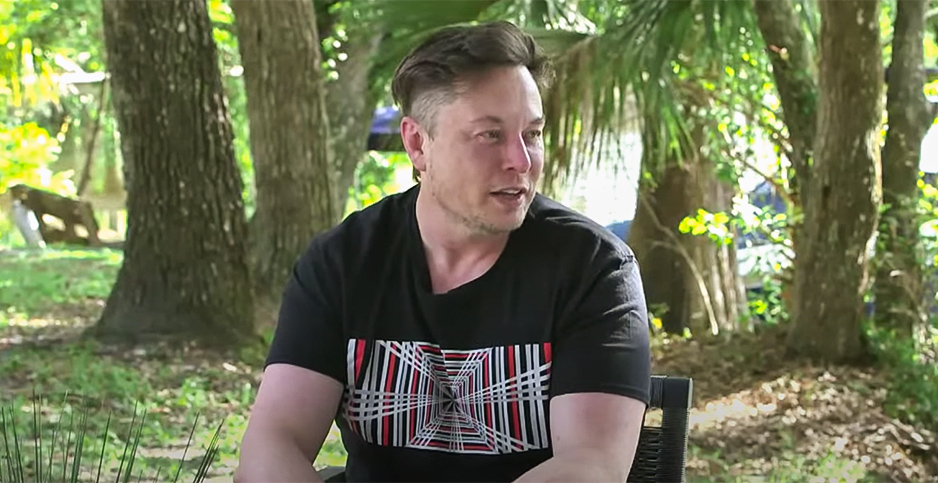 Musk, the world’s second richest person, framed the competition this way during the official kickoff of the four-year carbon removal contest. It aims to encourage reliable approaches to suck carbon dioxide from the atmosphere and oceans at the gigaton scale.

But Musk made clear that he’s not all that concerned about the steady rise of carbon emissions — especially compared with other potential threats to civilization.

"I don’t think we’re currently doomed," Musk said during an online event with Peter Diamandis, the executive director of the XPRIZE Foundation, which is managing the carbon removal competition. They were speaking on Earth Day near Cape Canaveral, Fla., ahead of a successful rocket launch by SpaceX, another company Musk leads.

Relaxed with bare feet and a black T-shirt on, the 49-year-old suggested climate change was a manageable problem for humanity. The "existential risks" Musk worries about are "super-advanced" artificial intelligence, "and probably the second biggest risk after that is population collapse," the father of seven said.

"My concern about the CO2 is not where we are today, or even at the current rate of carbon generation," Musk said.

That’s a view not shared by many climate scientists, who are already witnessing more intense storms, prolonged episodes of coral bleaching and other phenomena associated with warmer average global temperatures.

"If we keep going and we’re complacent, then I think we could say there’s some risk of nonlinear climate change," he added.

Such a spike in warming could occur if huge swaths of permafrost — a layer of carbon-rich, frozen soil widespread in the Arctic — were to quickly thaw or collapse, Musk noted.

The carbon and methane released by that process might then lead to a dangerous feedback cycle, in which more warming causes more permafrost to thaw and release even more heat-trapping gases into the air.

A study published last year estimated that even just a few degrees of warming could trigger dramatic bursts of carbon from the thawing Arctic (Climatewire, Oct. 19, 2020).

"I don’t know what the answer is here, really," Musk said. "But I think if you get a lot of smart people working on this, there can be some really creative solutions."

Funded by the Musk Foundation, the $100 million competition offers researchers and entrepreneurs several opportunities to be rewarded for their carbon removal innovations, according to guidelines released by XPRIZE.

The first tranche of funding, up to $5 million, will go out in November to student teams with the best carbon removal demonstration projects or technologies for measuring and verifying removal efforts. Then next April 22, up to 15 teams will receive $1 million "milestone" prizes to help develop and advance promising projects.

To be eligible for the $50 million grand prize, teams must demonstrate that their project can remove carbon at the kilotonne scale, model costs at the megatonne scale and make a case that they are on a sustainable path to gigatonne-scale storage. And that amount of carbon — roughly a fifth of annual U.S. emissions — must remain sequestered for at least a century in rocks, soil, plants or some other form.

"The team with the most scalable and lowest-cost carbon removal technology will win," the guidelines say.

As many as three runners-up can split the remaining $30 million.

But Musk, whose net worth Bloomberg estimates is around $187 billion, indicated he’d be willing to put additional resources into the competition if more than four teams appear capable of sequestering a gigatonne of carbon by Earth Day 2025.

"If it turns out somebody really kicked ass and somehow there’s not a prize for them, I’ll also add some more to the prize," he said.