Elon Musk joins race to bury CO2. ‘The math backs that up’ 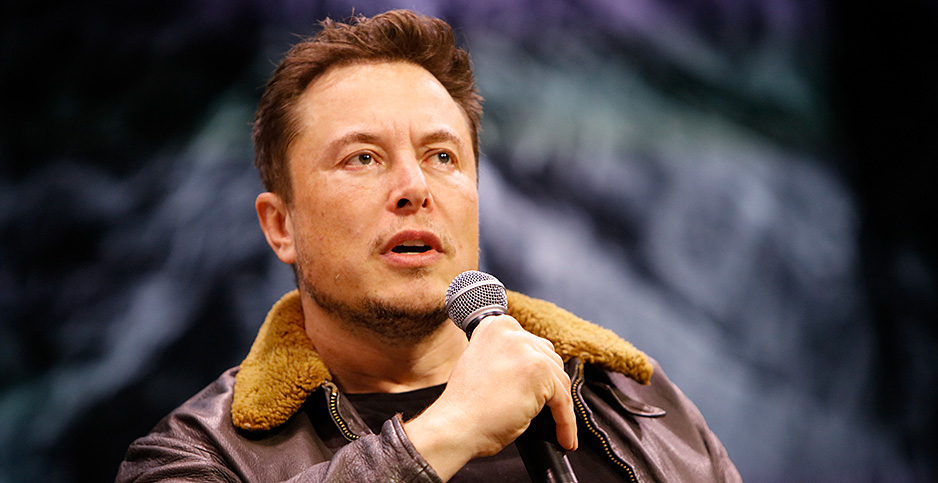 Entrepreneur Elon Musk ignited interest last week when he pledged to donate $100 million toward a prize for the "best carbon capture technology." AMN/ZOJ/WENN/Newscom

Elon Musk, the eccentric billionaire and technology innovator, last week set off a flurry of interest in the potential to remove planet-warming carbon from the atmosphere at an industrial scale.

In a cryptic, one-line tweet posted Thursday evening, the founder and CEO of electric car company Tesla Inc. and rocket ship maker SpaceX vowed to donate $100 million toward a prize for the "best carbon capture technology."

By the following day, the tweet — which prompted jokes about trees and discussion of renewable rocket energy — had received more than 590,000 interactions and led to dozens of news stories.

But Musk is just the latest high-profile figure to throw his support behind carbon capture — an expensive and largely unproven approach to reducing climate change that some environmentalists consider a distraction from the urgent need to slash emissions. In recent months, congressional appropriators, lobbying heavyweights and corporate behemoths all have voiced support for the idea.

The surge of interest and investments makes clear "there’s a role for carbon capture in mitigating climate," said Julio Friedmann, who led the Energy Department’s Office of Fossil Energy during the Obama administration. "The math backs that up, the money backs that up, and increasingly individuals like Musk and large companies are recognizing the same thing."

Musk’s carbon capture contest — the details of which he promised to release this week — is similar in size to a prize competition funded by the $2.3 trillion spending and stimulus bill that Congress passed at the end of 2020. The nearly 5,600-page package set aside $115 million for a series of competitions to help commercialize carbon capture technologies over the next five years.

The 45Q credit also supports, at a lower rate, using carbon emissions for enhanced oil recovery. The crude produced that way has a lower carbon footprint. But burning it still warms the planet more than if the fuel had just stayed in the ground.

As a result, some environmentalists are uncomfortable with federal support for carbon capture research and deployment. They worry it’s effectively subsidizing the continued use of carbon-intensive fossil fuels even though the planet is already dangerously overheating.

"We need urgent action on climate change and justice for the frontline, Black, Indigenous and communities of color that have been disproportionately burdened by dirty energy," wrote Friends of the Earth, 350.org and hundreds of other climate and community organizations in a letter to Democratic congressional leaders last month. They urged lawmakers to strip the carbon capture measures from the omnibus bill.

"Instead of promoting climate justice, advancing these provisions will further increase our dependence on dirty energy by propping up the very industries that are creating the climate crisis and devastating communities," the letter said. The bill, with its carbon capture provisions, ultimately cleared Congress with bipartisan support.

Yet even with federal subsidies, carbon capture projects remain a tough sell in a country where there is no implicit or explicit price on carbon emissions. Supporters of the nascent industry — and potential investors such as Musk, the world’s second-richest person — seem to think that’s likely to change.

"The situation is that there is no comprehensive climate policy" in the United States, said Lee Beck, a carbon capture expert at the Clean Air Task Force, an environmental group that advocates for the technological approach to combating climate change.

"But there is an expectation that it will come," she said. "We just don’t know when."

Interest from K Street and C-suite

Last year, more than 240 groups disclosed lobbying on "carbon capture." Fewer than 90 did so in 2019 and 2018, according to an E&E News analysis of lobbying filings. Some of the new energy companies and trade groups seeking to shape U.S. policy on the issue are National Grid USA Service Co., Chevron USA Inc., the American Petroleum Institute and the American Gas Association.

"Consumers are becoming more sensitive to the issue," Beck said. "Your social license to operate is going to diminish the more you delay your efforts to decarbonize."

Even in the absence of a price on carbon or another broad national climate policy, many blue-chip corporations are getting on board with carbon capture.

Microsoft Corp. last January announced that the software giant would remove more carbon from the atmosphere than it emits by 2030 and all of its direct historical emissions by midcentury, a commitment that’s achievable only with the use of carbon capture technology (Climatewire, Jan. 16, 2020).

More recently, the travel company United Airlines Inc. vowed to invest millions of dollars in a direct air capture project sited for the Permian Basin oil field. That effort seeks to pull carbon dioxide emissions out of the atmosphere, rather than from a smokestack or another point source of pollution (Energywire, Dec. 11, 2020).

United Airlines CEO Scott Kirby in rolling out the initiative described direct air capture as a "game-changing" technology that’s one of "the few proven ways to physically correct for aircraft emissions."

Carbon Engineering Ltd., the company whose technology would be deployed at that project, was one of the first to respond to Musk after he made his Twitter announcement (Energywire, Jan. 22).

Musk’s tweet suggests he has realized it’s virtually impossible to avoid extreme climate change without some form of carbon capture, according to Friedmann, the Obama administration veteran who’s now a senior researcher at Columbia University’s Center on Global Energy Policy.

Fossil fuels are still necessary to make steel and cement and to move goods by air or by sea. But many companies and countries have vowed to reach net-zero emissions, meaning they will need new technologies to suck more carbon out of the air and the sea than they emit, he said.

"That’s the arithmetic — period," Friedmann said. "So acknowledging that fact has led to this increase in ambition and investment."