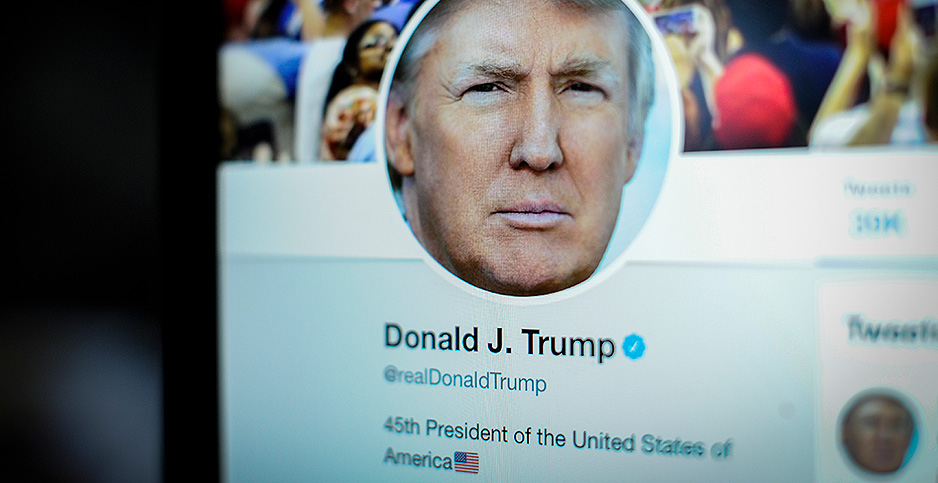 Citizens for Responsibility and Ethics in Washington (CREW) today published 36 pages of records obtained via an ongoing Freedom of Information Act lawsuit.

The documents include emails in which U.S. Geological Survey and Fish and Wildlife Service staff members raised concerns about linking to Trump’s personal Twitter account, citing the looming presidential contest, rather than the official @POTUS handle.

"We have also been careful, and warned by [the Office of Congressional and Legislative Affairs], given the election season, of potential Hatch Act issues," Gavin Shire, acting associate director of USGS’s Office of Communications and Publishing, wrote in a September message. "I would want to check with Ethics before using the @RealDonaldTrump handle."

Interior spokesperson Nick Goodwin pushed back, noting that the department’s Office of the Solicitor and Departmental Ethics Office had previously approved using the president’s personal account.

"Both offices have repeatedly stated to Bureau communicators — and we have reiterated — that use of the handle is permissible with their clearance, which as I previously mentioned the language was already cleared. You already know this," Goodwin wrote.

In an earlier June 2020 email reminding Interior aides about the Hatch Act’s limitations — the law bars federal employees from engaging in political activities while on duty, in uniform or in a government building — Goodwin likewise noted that both offices had approved use of Trump’s personal account.

"A common question we get is surrounding the use of the @realDonaldTrump handle. SOL/Ethics have cleared our use of that handle, and it should be used in referencing the President," Goodwin wrote. "Any retweet of that account, however[,] should be reviewed by SOL/ethics."

In an interview with E&E News today, Goodwin reiterated that Trump’s personal Twitter account — despite listing his campaign’s website in its description — was deemed "to be an official account" by the agency’s ethics and legal experts.

"Anytime [Trump’s] name is mentioned as having done something, it is run through and cleared by General Law and the Departmental Ethics Office; there are no exceptions to that rule, and I implemented that," Goodwin added.

"This is a rare situation that the Office of Special Counsel (OSC) has been dealing with in regards to the Twitter handle," de la Vega wrote.

"Bottom line — it can be used and retweeted from official government accounts if the content is official, has a nexus to the mission of the agency, and most importantly, does not contain partisan political activity. I received this guidance verbally from OSC," he concluded. "I recommend you keep tight control over comms staff who are allowed to authorize the use of @realDonaldTrump for official purposes if you think they may not have a good grasp of what constitutes partisan political activity."

"We are all working in service to the American people, as part of President Trump’s Administration," Goodwin wrote. "In reiterating guidance that the DEO, General Law and our Solicitor’s Office have already provided on multiple occasions to the team, it is absolutely permissible to highlight official Presidential actions that impact our Department and the Bureaus."

In that message, Goodwin also praised past promotion of executive orders and presidential memorandums, as well as enacted legislation.

"This will continue," he wrote. "The same is to be said of our posts on social media, which includes the ability to include President Trump’s twitter handle — @realDonaldTrump — in our content."

But CREW senior counsel Nikhel Sus pushed back against Goodwin’s defense, noting that the newly disclosed emails have been shared with the Office of Special Counsel for its own ongoing review of potential Hatch Act violations.

CREW requested in November that various agencies — including OSC, the Government Accountability Office and Interior’s Office of Inspector General — investigate what it described as "promotional videos and tweets" from Interior ahead of the election.

Although Twitter designates the @POTUS handle as a U.S. government account, Trump opted to continue to use his personal account throughout his tenure in the White House.

Twitter permanently barred Trump’s personal account last week following a violent riot at the Capitol building that resulted in the deaths of five people, including a U.S. Capitol Police officer.

In a statement, the company said its decision was made "due to the risk of further incitement of violence."

The last posted message on the @POTUS account is from December, when the White House posted a video on the lighting of the National Christmas Tree.