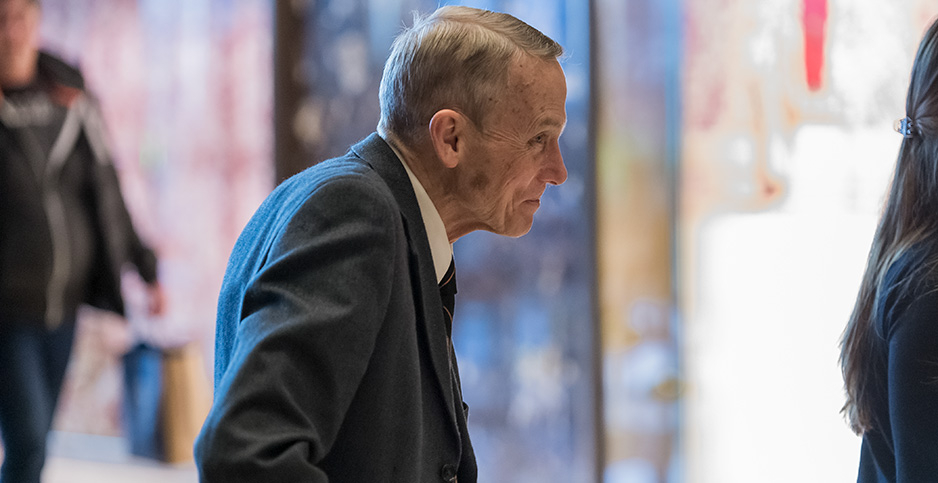 A former adviser to President Trump wanted to launch a White House review of the climate science behind EPA regulations to help spur a broader challenge of government research into climate change, newly released emails show.

William Happer, who left his position as a senior director at the National Security Council in September, worked with EPA in 2017 to draft ideas for a "red team" review of climate science. Its proposed mission: Question the broad scientific consensus on climate change, the emails revealed.

The team never materialized, but Happer — who had not yet been hired by the Trump administration — told EPA officials, including Bill Wehrum, former head of EPA’s air quality office, and Chief of Staff Ryan Jackson, that he hoped the effort would help undercut the science used to back climate regulations.

In particular, in a December 2017 email, Happer envisioned a multilayered attempt to refute climate science. Happer had been recruited by EPA officials because of his public criticisms of climate science.

The end goal was to tear apart a critical puzzle piece of government climate policy called the endangerment finding, which found that climate change threatens human health and is the legal backbone of regulations that mitigate carbon dioxide emissions and other pollutants, the emails show. Happer wanted to start with the Technical Support Document (TSD), which is a science-heavy part of the 2009 endangerment finding.

"There are many questionable claims in the early sections of the TSD that are focused on ‘hard’ climate science, and are used to back up supposed harmful effects discussed in later sections. We think that these early parts of the report would be a good target for a Red Team review," Happer wrote.

The emails were obtained by the Environmental Defense Fund under the Freedom of Information Act and shared with E&E News.

The emails show Happer, an emeritus physics professor at Princeton University not formally trained as a climate scientist, envisioned his own plan to conduct an adversarial review of the National Climate Assessment more than a year before he was nominated for his position at the National Security Council.

"As soon as appropriate Executive Branch personnel are confirmed in their positions, we hope it will be possible to extend the review to the recent Climate Science Special Report (CSSR), issued a few months ago, and to other recent government publications on the topic," Happer wrote.

Last week, Happer acknowledged the White House wanted to hire him to consult on an array of technology issues — including making the grid more resilient to electromagnetic pulses — but that he only agreed to take the job if he could also pursue climate interests.

Ultimately, both the EPA red team idea and Happer’s planned challenge of the National Climate Assessment were shut down by White House officials who believed the climate reviews would come with a steep political cost.

Happer’s partner in both the EPA and White House efforts was Steve Koonin, a physics professor at New York University who worked in the Obama administration’s Energy Department.

Koonin envisioned that the red team-blue team exercise, or RBE, would have two teams of five to 10 researchers. An outline of the plan that he sent to EPA officials in May 2017 proposed a yearlong review with public hearings. Koonin said he did not want climate scientists.

"Most, but not all, should have technical expertise, preferably not in climate science but in related fields (e.g., modeling of complex physical systems)," he wrote in an email to EPA officials. "Members must include individuals with expertise statistics, legal evidentiary proceedings, and research reproducibility."

While Happer viewed the work as a step toward attacking regulations, Koonin envisioned it as leading to a broader outreach campaign that would spread to schools and to the public through media appearances. He also floated the idea of filming a documentary of the climate debate.

"Beyond the Commission hearings themselves, the CSSR and critique/response papers produced by the Teams could be the foundation for discussions in secondary schools and universities, as well as columns/interviews in the media; social media coverage would also be an option," he wrote. "Even more ambitious would be documentary-like coverage of the whole process."