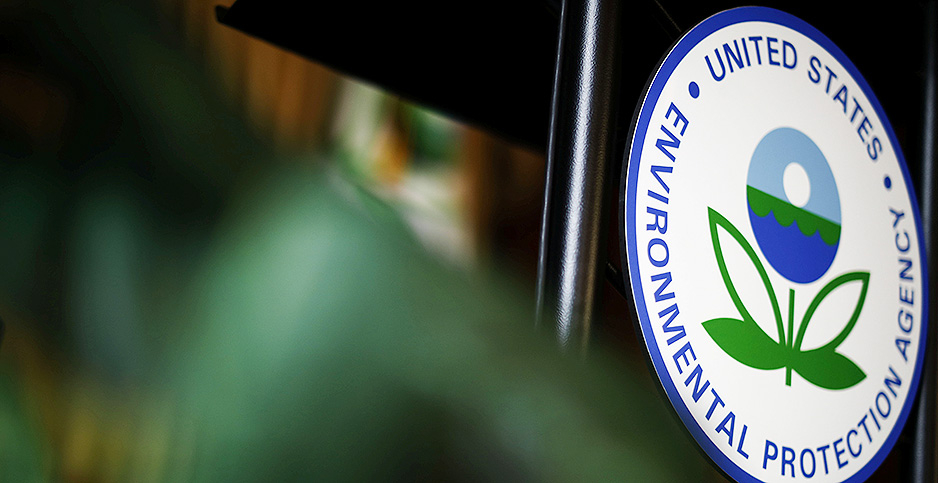 An industry group with ties to EPA's air chief has started a dissolution process. Ting Shen/Reuters/Newscom

After decades of battling Clean Air Act regulations, an influential power industry trade group based at EPA air chief Bill Wehrum’s former law firm is putting itself on a glide path to dissolution.

Members of the Utility Air Regulatory Group, swept up in a congressional investigation and battered by the shift away from coal-fired generation, have decided to "disband the organization following a wind down period," according to a news release issued late Friday. "A committee has been formed to oversee this wind down, including the completion/fulfillment of UARG’s existing obligations and support of members as they continue to cooperate with the congressional inquiry."

"Ding Dong, the witch is dead," Paul Billings, a senior official at the American Lung Association, said in a Twitter posting that referenced a famous scene from the movie "The Wizard of Oz."

Key questions, however, remain to be answered, including how long the dissolution process will take and how the organization intends to proceed with dozens of active lawsuits in which it is a party.

The group, usually known by its acronym as UARG, has been a fixture on the federal regulatory scene since the 1970s. While several other utility trade organizations also focus on air quality issues, UARG was widely seen as the most active and aggressive player on that front.

It is based at the firm now known as Hunton Andrews Kurth LLP, where Wehrum was previously a partner before rejoining EPA. Last month, the House Energy and Commerce Committee sought an array of documents from the firm and eight power producers as part of broader probe of UARG’s activities (E&E News PM, April 11).

The organization had been a client of Wehrum’s. While he is recused from involvement in specific matters related to UARG, the air office’s current agenda "appears to be remarkably similar to the substantive agenda advanced" by the group, E&C Chairman Frank Pallone (D-N.J.) and two other senior committee Democrats wrote in their records request to Hunton. The panel’s staff is now sifting through a initial round of documents received in response to its inquiry.

In a statement Friday, Pallone and the other lawmakers called UARG "little more than a clandestine movement to undermine clean air protections" and voiced satisfaction at its impending demise. But the committee’s investigation will continue, they added. "Important questions remain," they said, about whether Wehrum and his senior counsel, David Harlow, another former Hunton partner, "continue to advance their former coal industry clients’ agenda at EPA, and we intend to see those questions through."

Wehrum has previously stressed his efforts to understand his federal ethics obligations. In a Friday statement, Hunton said that it is proud to have been part of the federal regulatory process "on behalf of UARG and other clients for the past 40 years. Hunton will continue to assist its clients in this valuable process."

News of UARG’s dissolution was first reported by Politico. According to internal briefing documents previously released by the news outlet, UARG member companies paid more than $6 million in dues in 2017. Anne Malloy Tucker, Hunton’s chief marketing officer, did not reply to an emailed request for comment on the potential financial impact of the organization’s dissolution.

In 2017, UARG’s membership included about two-dozen individual power producers. In recent weeks, more than a half-dozen have confirmed that they have left the organization, with many citing decisions to reduce their reliance on coal as a power source.

One attorney, who requested anonymity because his practice includes UARG clients, called it "overreach" to now portray the group’s decision to disband as a cause-and-effect response to the House investigation.

"I think that this is something that UARG members have been thinking about for some time," the attorney said in an interview.

After the recent spate of defections, it’s unclear exactly how many members UARG has left. Tucker referred questions to Atlanta-based Southern Co., where spokesman Schuyler Baehman said in an email this morning that he didn’t have the answer to that query. Also up in the air is how long the wind-down process will take.

UARG, for, example, is currently a party to more than 40 active federal appellate court lawsuits. Asked today whether the group intends to withdraw from those suits in which it is a plaintiff or see them through to a resolution, a spokeswoman for another member company said those decisions are still on the table.

A committee will now be formed to deal with fulfillment of UARG’s obligations, Tammy Ridout of Ohio-based American Electric Power Co. Inc. said in an email. "Details about how long that will take and the status of legal challenges in which UARG is involved still has to be determined," she said.