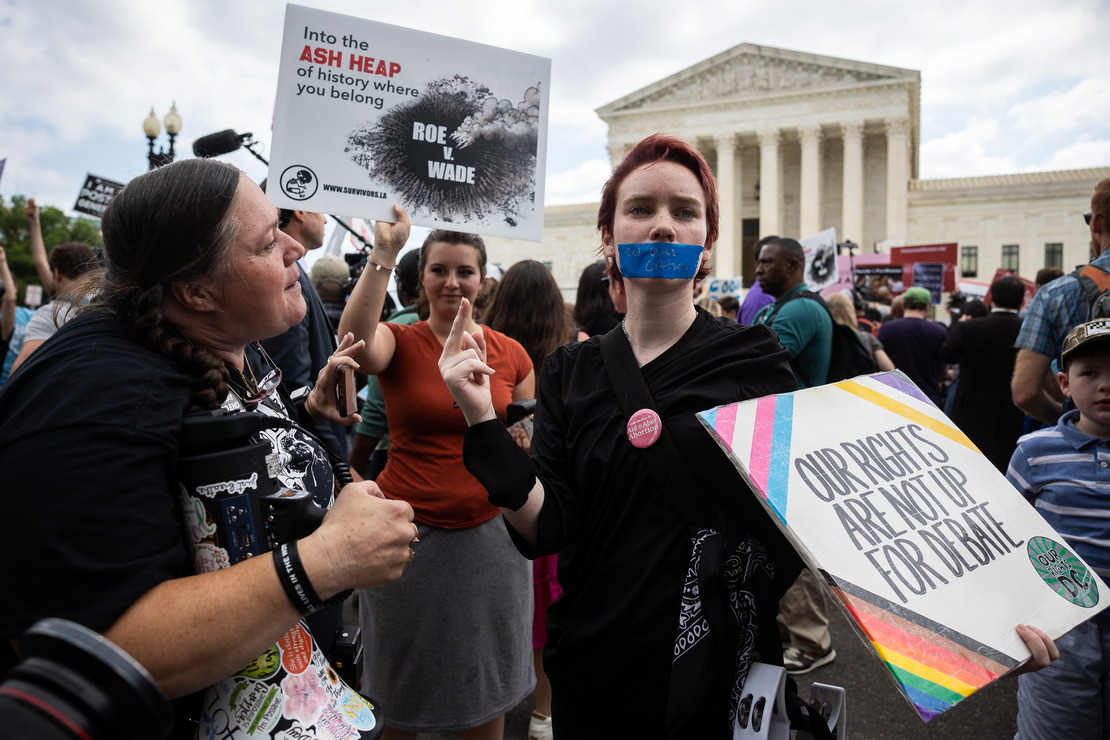 The Supreme Court today overturned long-standing abortion precedent in a ruling that legal observers said could threaten the foundation of climate law.

In a 6-3 opinion led by Justice Samuel Alito, the court’s conservative wing upheld a Mississippi law restricting abortion access, and all but Chief Justice John Roberts voted to strike down the seminal 1973 ruling Roe v. Wade. The ruling was nearly identical to a draft opinion obtained last month by POLITICO.

The decision may also set the stage for similar upheavals to environmental precedent in cases like Massachusetts v. EPA, the narrowly decided 2007 fight over the federal government’s ability to regulate greenhouse gas emissions as air pollutants.

“Overturning Roe v. Wade means the Supreme Court isn’t just coming for abortion — they’re coming for the right to privacy and other legal precedents that Roe rests on, even the United States government’s ability to tackle the climate crisis,” said May Boeve, executive director of 350.org, in a statement today.

The justices’ direction in the Dobbs v. Jackson Women’s Health Organization case was first revealed last month in a bombshell POLITICO report. At the time, legal observers said the draft illustrated the willingness of the Supreme Court’s newly bolstered conservative majority to restrict environmentalists’ access to the courts and upend long-settled precedent in cases like Massachusetts (Greenwire, May 3).

Today’s final ruling in Dobbs, which is expected to result in Republican-led states across the nation banning abortions, also prompted uproar on Capitol Hill and criticism from President Joe Biden, who called the ruling a “tragic error.”

He called on Congress to enact laws to protect abortion access — and for the American people to vote out lawmakers who refuse to act.

Dobbs comes as the Supreme Court is expected to whittle down the federal government’s climate authority in a separate case, West Virginia v. EPA, which could be decided as soon as next week. The next round of Supreme Court opinions is expected Monday.

“As [Roberts’] concurrence in the judgment emphasizes, there was no need to overturn Roe to rule on the constitutionality of the Mississippi statute,” wrote Robert Percival, director of the University of Maryland’s environmental law program, in an email. “Yet the five-justice majority did so.”

He continued: “When we get the West Virginia decision next week, we may learn whether the court will take a similarly radical approach to weaken our nation’s most treasured environmental laws.”

Jonathan Adler, director of Case Western Reserve University’s environmental law center, drew a distinction between the ruling in Dobbs, which addresses constitutional issues, and cases like Massachusetts and West Virginia, which pertain to statutes, such as the Clean Air Act.

He referred to the court’s finding in Massachusetts that states had standing under Article III of the Constitution to bring their case against EPA for failing to regulate greenhouse gas emissions. The question of EPA authority at the heart of the case was a statutory one.

Conservative justices who take a narrower view of standing may be more likely to say that environmentalists and climate advocates don’t have the power to bring their cases to court (Climatewire, May 6).

“We believe in a Constitution that puts some issues off limits to majority rule. Even in the face of public opposition, we uphold the right of individuals — yes, including women — to make their own choices and chart their own futures,” they wrote. “Or at least, we did once.”

Dobbs also illustrates Roberts’ weakening sway on the court: Until Justice Amy Coney Barrett arrived to replace the late Ruth Bader Ginsburg, Roberts was able to side with the court’s four liberal justices to find middle ground in important cases.

Now, Roberts needs to pull another conservative justice to build a majority — something he was not able to do to preserve abortion precedent.

Roberts wrote in his concurring opinion in Dobbs that there was a “clear path” to deciding the case in Mississippi’s favor “without overruling Roe all the way down to the studs.”

He added that the majority’s decision “is a serious jolt to the legal system” — no matter your view on abortion.

“Roberts apparently does not command enough respect to temper the ideological impulses of the extreme right wing that now controls the court,” wrote Vermont Law School professor Pat Parenteau in an email. “No environmental precedent is safe.”