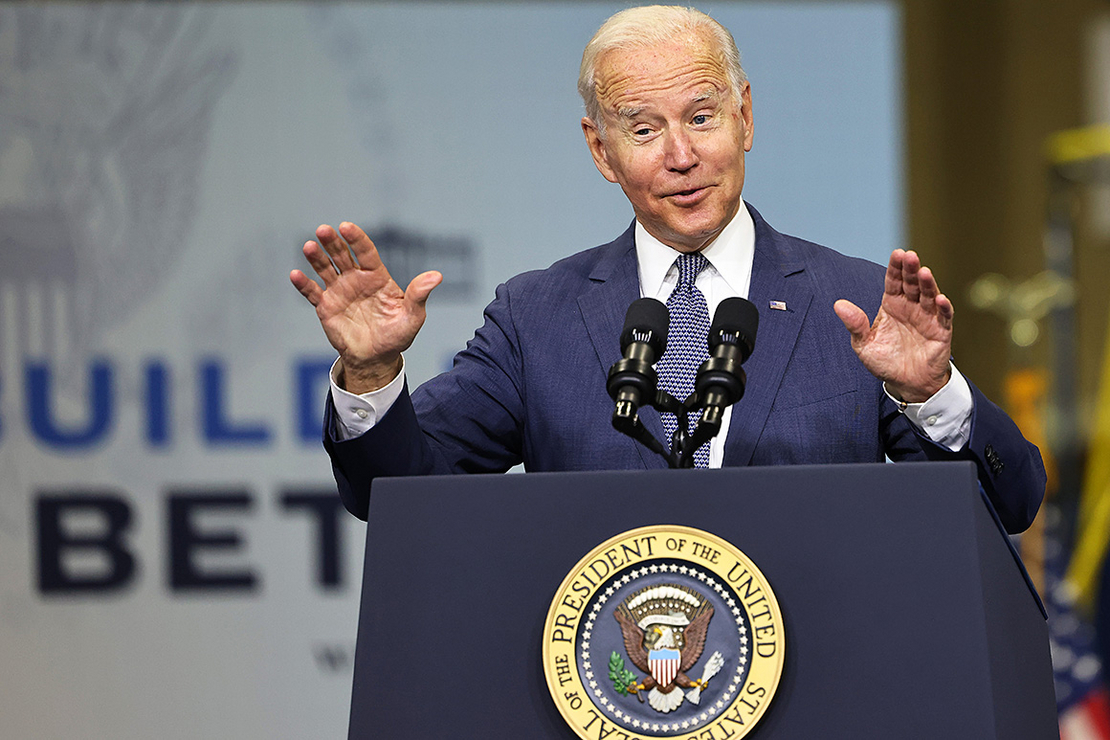 While Democrats crafted their proposals like the Clean Electricity Performance Program (CEPP), fees for oil and natural gas companies’ methane emissions, and new incentives to buy electric vehicles, the energy industry and its allies were doubling down on their efforts to stop or otherwise influence the policies, according to lobbying disclosures due last week that detailed activity between July and September.

The disclosures showed increases in spending by groups like the American Gas Association, the National Mining Association and the American Petroleum Institute — organizations that have been harshly critical of parts of the "Build Back Better Act," the Democrats’ budget reconciliation package that was initially targeted to be $3.5 trillion but will soon be pared back.

The American Gas Association increased its lobbying spending 67 percent over the same quarter last year to $550,000, while the National Mining Association had a 91 percent hike to $530,000 and the American Petroleum Institute spent $1.25 million, a 4 percent boost. All disclosed lobbying on some portions of the Democrats’ climate and environmental agenda.

Lobbying by Marathon, a fuel refiner, focused on issues including the renewable fuel standard, sustainable aviation fuels and potential expansions to the master limited partnership structure, said spokesperson Jamal Kheiry, who noted that the third quarter of 2020 saw an “unusual lack of legislative activity.”

Capitol Tax Partners, a lobbying firm working for Marathon, said in its quarterly disclosure that its advocacy for the refiner included the reconciliation bill and the “Clean Energy for America Act,” S. 1298, the Senate Democrats’ proposal to overhaul clean energy tax incentives.

Jean Su, director of the energy justice program at the Center for Biological Diversity, said the fossil fuel industry deserves blame for the difficulty Democrats are having in passing their climate proposals amid opposition mainly from Senate Energy and Natural Resources Chair Joe Manchin (D-W.Va.).

“The fossil fuel lobby’s grimy fingerprints are all over yet another congressional deadlock on meaningful climate action,” Su told E&E News in a statement.

“Manchin’s antics are solely for the benefit of a few obscenely wealthy companies selling polluting products that threaten the entire planet’s well-being,” she said. “As the climate emergency escalates, this lobbying isn’t just immoral, it’s deadly.”

While Congress was busy in the third quarter of 2021 with the reconciliation proposal, the same period a year prior was still the early days of the COVID-19 pandemic, when lobbying was being held back by restrictions on in-person gatherings.

The National Association of Manufacturers and Business Roundtable, both vocal critics of the "Build Back Better Act," hiked their lobbying significantly in the most recent quarter, with a 185 percent spike from NAM to $3.2 million and Business Roundtable hitting $11.8 million, 217 percent higher than a year prior.

NRECA pushed for policies like allowing nonprofit utilities to get clean energy incentives equivalent to tax credits. It also lobbied on various issues surrounding the transition to clean energy, including “reliability and affordability issues presented by the proposed CEPP,” said spokesperson Stephen Bell.

Utilities have been heavily involved in negotiations over CEPP, which would incentivize companies to decarbonize their electricity generation mixes each year.

But their views on the idea are diverse. Some, like Exelon Corp., are vocal supporters, while others, like Arizona Public Service, have been outspoken in opposition, and many have remained publicly quiet (Climatewire, Sept. 30).

Clean energy companies also appear to have been very active in the third quarter of the year. The Solar Energy Industries Association and the American Clean Power Association both increased their lobbying spending by more than three-quarters, with SEIA hitting $400,000 and ACPA $529,000.

SEIA spokesperson Jen Bristol said the group cut back lobbying in 2020 during the height of the pandemic, and it spent $560,000 in the third quarter of 2019. SEIA’s two biggest policy priorities continue to be tax and trade policy, Bristol said.

Apex Clean Energy and Invenergy, two of the nation’s biggest clean energy developers, had some of the largest spending increases. Apex spent $190,000 lobbying, up 217 percent, while Invenergy had a 280 percent increase to $380,000.