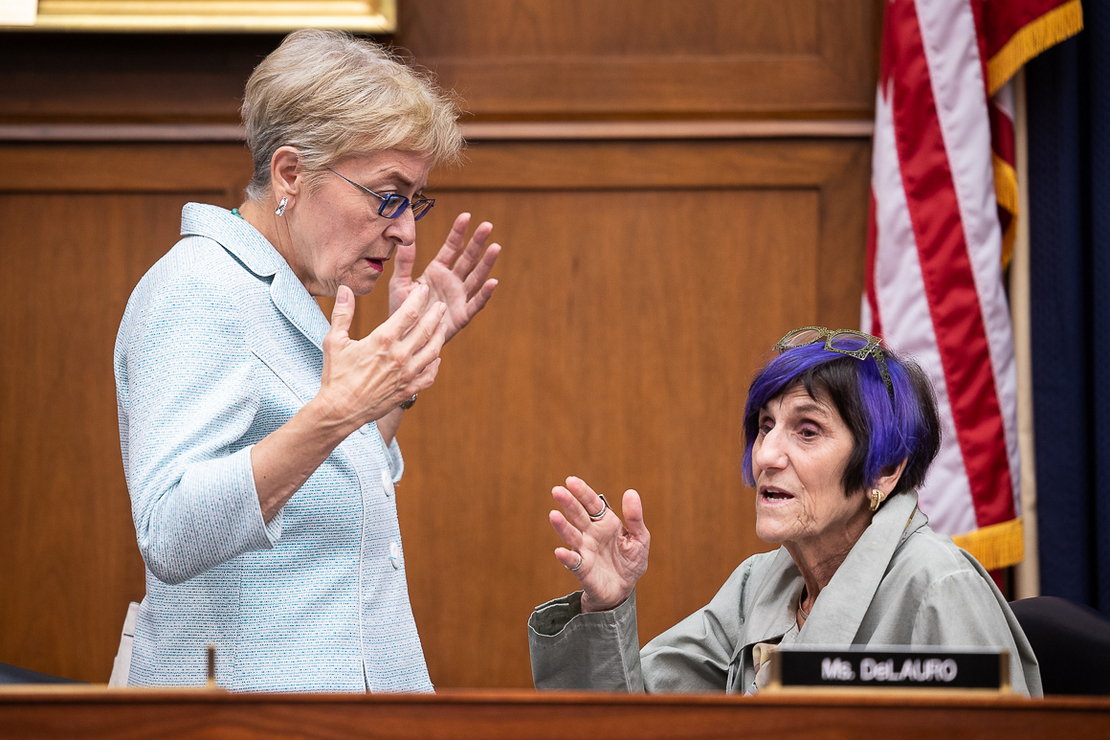 Hundreds of amendments are pending to a massive spending package due on the House floor this week that will give lawmakers an opportunity to weigh in on the Biden administration’s emerging energy and environmental agenda.

The House Rules Committee will meet this afternoon to wade through more than 700 amendments filed to the legislation, which includes the following bills:

“I don’t know how many amendments they are going to take. We were very collaborative. We took care of everybody’s issues. I’ve only had one member come up to me and say, ‘This is something I want in an amendment,’ so I don’t know how many will be filed. We had thousands of requests that we have accommodated in one way or another,” said Rep. Marcy Kaptur (D-Ohio), chair of the Energy and Water Development Appropriations Subcommittee.

The $1.1 trillion, seven-bill spending package is an effort by House leaders to get as much spending work done as possible before their coming summer recess and as the Senate is engulfed in infrastructure negotiations.

That agenda would allow House Democrats to clear most of their spending work for fiscal 2022. The contentious Defense and Homeland Security spending bills would remain. The Senate has yet to release any of its spending bills.

Many House Republican amendments are focused on attacking the president’s energy and environment agenda. Democrats may opt to block them from floor debate or decide to put members on the record.

Several Republican amendments would block species from being listed under the Endangered Species Act, including the greater sage grouse, gray wolf and lesser prairie chicken. Rep. Matt Rosendale (R-Mont.) has an amendment that would remove ESA protections for grizzly bears around Yellowstone National Park.

Republican Reps. Lauren Boebert of Colorado and Adrian Smith of Nebraska have an amendment to deny funding for allowing the United States to rejoin the Paris climate accord. Rejoining was a top campaign promise of President Biden.

Other GOP proposals take aim at oil and gas pipeline opponents and the social cost of carbon metric. One amendment would zero out dollars for EPA’s criminal enforcement division.

Rep. Doug LaMalfa (R-Calif.) would strip funding for the Biden administration’s nascent Civilian Climate Corps, instead seeking to redirect a chunk of the proposed $200 million for fighting wildfires. The CCC is a high priority for Democrats, with billions of dollars expected for it an emerging Senate budget deal.

Republicans have several amendments to the State-Foreign Operations bill to limit or deny funding for international climate work. Rep. Blaine Luetkemeyer (R-Mo.) would deny any U.S. aid to the Intergovernmental Panel on Climate Change, the U.N. Framework Convention on Climate Change or the Green Climate Fund.

Several other GOP provisions would block dollars for administration efforts to electrify the federal government’s fleet of vehicles as well as block the U.S. Postal Service from moving to electric vehicles. Biden earlier this year pledged to transition the current gas- and diesel-powered federal fleet to “clean energy” vehicles. The federal government currently owns more than 600,000 vehicles.

LaMalfa, who made headlines recently by helping bulldoze illegal marijuana-growing operations in his inland California district, has a proposal that would shift $25 million from EPA to the Forest Service for remediation and cleanup of those sites.

Several Republicans have proposed eliminating earmarks in the bill. One amendment, from Republican Reps. Chip Roy of Texas and Marjorie Taylor Greene of Georgia, would eliminate all $444 million in Interior-EPA earmarks and redirect those dollars to building a U.S.-Mexico border wall.

Some Democratic offerings could help shape some of the Biden administration’s emerging policies. Rep. Deborah Ross (D-N.C.), for example, is proposing an amendment to block any attempts to prohibit federal leases for offshore wind energy development. The administration has touted offshore wind as central to its push for clean energy.

Rep. Tom Cole (R-Okla.), a senior appropriator, is offering an amendment that would allow the House to weigh in on the 2020 McGirt v. Oklahoma Supreme Court decision, which found that large portions of eastern Oklahoma remain in tribal hands concerning the Major Crimes Act.

Cole’s amendment would cut $154 million from EPA and move those dollars to the Bureau of Indian Affairs for tribal justice systems that are expected to have an expanded role under the court ruling.

Many of the Energy-Water amendments focus on the Department of Energy’s Office of Fossil Energy and Carbon Management. Home to much of DOE’s research and development efforts on carbon capture, the office would be funded at $820 million, an increase of $70 million above current levels but $70 million short of the White House request.

Progressive lawmakers like Reps. Alexandria Ocasio-Cortez (D-N.Y.) and Cori Bush (D-Mo.) have a pair of amendments to limit how DOE spends money in that account. One would limit the office’s focus to reducing carbon emissions from fossil energy. The other would send $4 million to the Office of Energy Efficiency and Renewable Energy.

Republicans, like Energy and Commerce Subcommittee on Environment and Climate Change ranking member David McKinley (R-W.Va.), filed amendments that would bolster that account.

One would redirect $50 million from DOE’s newly created Office of Clean Energy Demonstrations to the Office of Fossil Energy and Carbon Management. Another would make sure $50 million can be used for fossil fuel plant front-end engineering and design studies.

Republicans also are looking to attach provisions to limit the Biden administration’s ability to enact certain energy and water policies. One from Rep. August Pfluger (R-Texas) would prevent the administration from using funds to restrict the development or operations of liquefied natural gas facilities.

Energy and Commerce ranking member Cathy McMorris Rodgers (R-Wash.) has a pair of amendments to limit any dam removal projects in the Snake River corridor. The amendment would act in contrast to the plan pitched by Rep. Mike Simpson (R-Idaho) to bolster salmon recovery efforts (E&E Daily, July 23).

Rep. Henry Cuellar (D-Texas) said he opted not to offer an amendment he proposed and withdrew during committee markup to block funds for interim nuclear storage waste sites in Texas and New Mexico (E&E Daily, July 22).

While the House bill contains just over $25 million for exploring interim sites, Cuellar believes he can get the funding knocked out or watered down in eventual conference negotiations with the Senate.