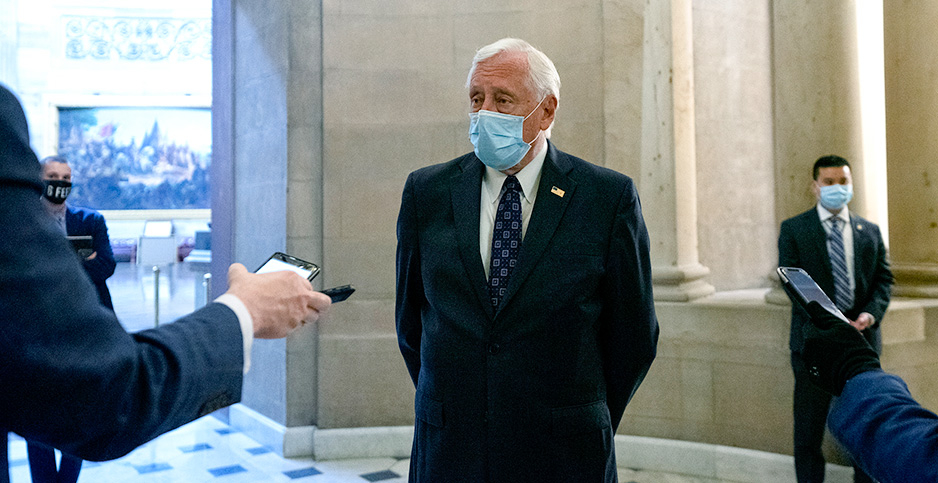 "We’re setting aside the first three weeks at least of June to get the committees back to work and focus on legislation," House Majority Leader Steny Hoyer (D-Md.) said during an online roundtable with Southern California business and labor interests Friday.

"We’re moving ahead on committees, and hopefully we’re going to have a very productive late June and July," he said.

Legislative fights on energy and the environment loom ahead for the must-pass legislation House Democrats announced Friday that they’re planning to move this summer.

Jason Anderson, president and CEO of Cleantech San Diego, a nonprofit that promotes the clean energy economy, said during Friday’s roundtable that many clean energy jobs had been lost during the crisis, especially those tied to residential solar panels.

Hoyer conceded the initial pandemic response had not focused on clean energy but said that’s about to change.

"We’re going to be doing a highway bill and infrastructure bill, you’re going to be very pleased with it because it’s very, very focused on green technology, because we know that’s the future and must be the future for our country," he told Anderson.

Rep. Mike Levin (D-Calif.), a member of the Select Committee on the Climate Crisis, said he’s anticipating public works spending that will rival the massive projects pursued by President Franklin Roosevelt during the New Deal.

"Clean energy needs to be a huge part of that along with transportation and water and broadband and all the rest. It’s a big opportunity not only to do the right thing for our environment to tackle the climate crisis to flatten that carbon curve, but also to create new jobs in the future," Levin added.

"In a few weeks, I think we’ll be able to begin to measure how much the opening up of the economy begins to restore our economic situation," McConnell said, according to the Messenger-Inquirer, a daily publication in western Kentucky.