Energy, environment issues to watch in every spending bill 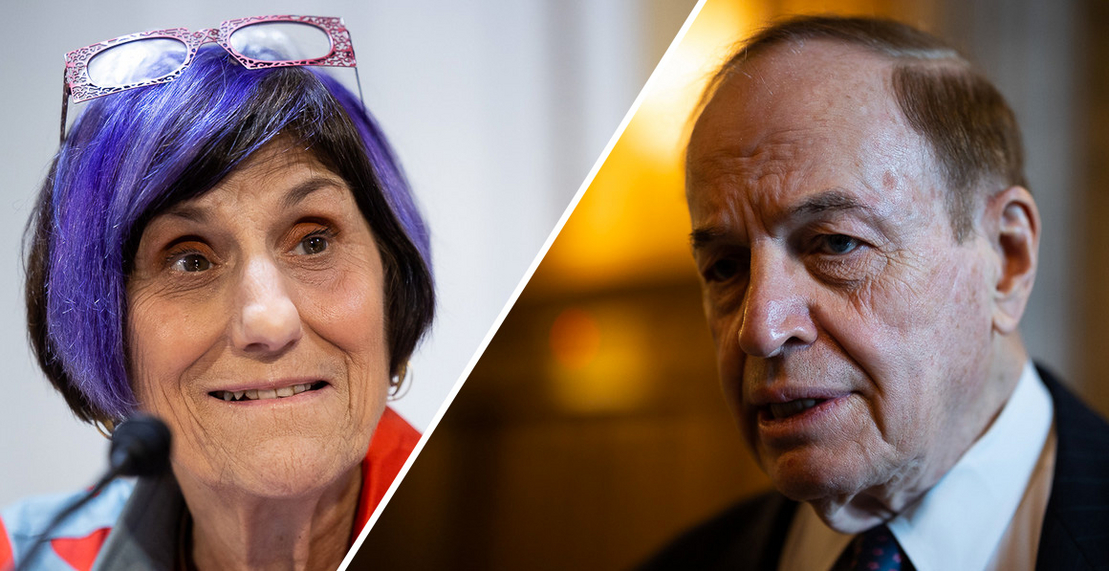 Environmental lobbyists and most energy interest groups are focused on the climate and social spending package being negotiated in the Senate. But ongoing talks over a massive fiscal 2022 spending bill will also have a major impact on carrying out President Biden’s energy and environmental agenda.

Lawmakers have just a few weeks to finalize the 12 annual appropriations bills and roll them into a single, omnibus spending package before funding expires on Feb. 18. If they cannot reach an accord, agencies may be forced to operate at fiscal 2021 spending levels largely based on Trump administration priorities for the rest of fiscal 2022.

So far, there has been little progress as lawmakers have been consumed by work on the since-passed infrastructure legislation and the still-pending climate and social spending package. They have also been stymied by partisan disputes over domestic and defense funding levels and what policy riders should remain.

House Appropriations Chair Rosa DeLauro (D-Conn.) last year criticized the GOP for not making any counteroffers and ticked off a long list of priories she said were being harmed by the delay. Included among that list: the need “to protect our air and water.”

She added, “Without an omnibus, investments in all these areas will be denied.”

But Republicans, who are pressing for more defense spending, say Democrats haven’t proposed realistic spending levels or policy provisions. They have urged them to do so.

“That means maintaining legacy riders, eliminating poison pills and getting serious about the funding we are going to provide for our nation’s defense. If that doesn’t happen, we’ll be having this same conversation in February,” said Alabama Sen. Richard Shelby, the chamber’s top GOP appropriator.

Outlook: The House and Senate both favor increasing the workforce of EPA and Interior by as many as 1,000 workers, after years of cuts or flat growth under President Trump. EPA is also likely to see hundreds of millions of dollars in new spending for environmental justice. Interior is likely to see funding for the emerging Civilian Climate Corps, a progressive priority. Both parties are likely to favor increased spending for EPA clean and safe drinking water grants, more money for Great Lakes and Chesapeake Bay preservation, and increased Forest Service spending tied to wildfires.

Potential sticking point: House Democrats want to use the spending bill to carry riders that would block some Trump-era environmental provisions and expand some protections. Senate Democrats support many of those House-backed policy initiatives, but they won’t survive in that chamber where the GOP would filibuster legislation containing them.

Outlook: Clean and renewable energy research at DOE is expected to receive record spending for fiscal 2022. The House and Senate seem poised to hike funding for the Office of Energy Efficiency & Renewable Energy to around $4 billion — a nearly one-third increase. Both chambers also favor more spending for the Advanced Research Projects Agency-Energy, which should receive at least $500 million, a nearly 20 percent bump. The Trump administration had sought to eliminate ARPA-E.

Potential sticking point: The House and Senate have split over whether to allow the Army Corps to make greater use of Harbor Maintenance Trust Fund dollars to cover various federal water projects. The House wants to take $2 billion from the $9 billion-plus HMTF to boost the Army Corps, while the Senate favors sticking to current rules that mostly limit HMTF dollars for harbor maintenance work with a cost share paid by state and local governments. How the issue is resolved could determine if the Army Corps will be funded at or above current levels of $8 billion.

Outlook: The Defense Department’s environmental restoration accounts should hit record spending in fiscal 2022. The House wants $1.3 billion for various environmental cleanup efforts, while the Senate is proposing $760.9 million alone for addressing contamination from per- and polyfluoroalkyl substances (PFAS). Democrats are also pushing the military, one of the biggest users of fossil fuels in the world, to expand its use of clean energy.

Potential sticking point: A fight over the top line for defense spending, the largest of the 12 annual appropriations bills, has been a major factor in delaying work on all fiscal 2022 funding measures. Democrats have proposed an increase of no more than 5 percent for the Pentagon after large increases under Trump. Republicans have said national security spending needs to match domestic accounts likely to increase by double digits. Until a compromise is reached, the evenly divided Senate is unlikely to advance any fiscal 2022 bills.

Outlook: Foreign aid will likely return as a tool for fighting climate change, after being eschewed by the GOP. Hundreds of millions of dollars are expected for the World Bank’s Clean Technology Fund and the Global Environment Facility initiative. Large increases are also expected for State Department efforts aimed at cracking down on international wildlife tracking and promoting biodiversity.

Potential sticking point: Democrats want to revive U.S. contributions to the United Nations Green Climate Fund, an international effort aimed at helping developing countries combat climate change. Republicans are eager to continue the moratorium on contributions, begun under Trump, and want to block more than $1 billion proposed for fiscal 2022 by congressional Democrats. But it’s likely that after a four-year hiatus the United States will be once again support the fund.

Outlook: Appropriators are eyeing at least a 20 percent hike for CISA, following several cyberattacks on infrastructure like the one that temporarily shut down the Colonial pipeline earlier this year. The Disaster Relief Fund, managed by FEMA, is set to rise by about 10 percent, to $18.8 billion. The Coast Guard is expected to see a small budget increase to just over $13 billion, including money for building a third polar security cutter.

Potential sticking point: As has been the case in recent years, immigration policy has delayed action on the homeland security legislation. The Biden administration has reversed or modified many Trump-era polices and scrapped plans for a border wall, angering the GOP and its base. With immigration a top issue ahead of this year’s midterms, the debate could make Homeland Security the hardest spending bill to get signed into law this year, threatening a host of other mostly bipartisan priorities.

Outlook: Worker protections are a priority for Democrats seeking increases for OSHA, an agency whose budget could top $650 million. MSHA is on course to see a more modest increase of just over 5 percent to about $400 million. Proposed record spending for the National Institutes of Health could boost spending on climate research tenfold to $100 million.

Potential sticking point: Democrats are eager to increase spending for the largest domestic bill after many of the programs and agencies covered in it were cut or flat-funded during the Trump administration. But Republicans won’t allow proposed double-digit percentage increases without similar hikes for the Defense Department. The fate of the bill rests on whether an agreement can be reached on parity between national security and domestic spending.

Key agency: The Department of Agriculture.

Outlook: Hundreds of millions of dollars for new and expanded climate programs at USDA are expected in the final fiscal 2022 legislation. The money would help pay for more research to monitor and mitigate the effects of climate change and to accelerate "climate-smart agriculture practices," including the use of more clean energy technologies to reduce greenhouse gases from farming operations.

Potential sticking point: Policy provisions pose the biggest threat to the Agriculture spending bill, which usually attracts bipartisan backing. Some Republicans have raised concerns over requiring the labeling of certain human-engineered fish as genetically modified salmon, while a House GOP amendment that would block farm program subsidies to Chinese government-owned U.S. farms is not in the Senate bill.

Outlook: NOAA is in line for record funding of more than $6 billion, with lawmakers seeing the agency as vital to addressing climate change, especially through expanded research and investing in three new polar weather satellites. NASA would also get a big boost that could see its budget top $25 billion, with hikes in climate research. Similarly, the National Science Foundation, which oversees environmental research grants, could see its $1 billion budget rise by about 30 percent.

Potential sticking point: Democratic leaders did not include the Commerce-Justice-Science spending bill in a package of seven spending bills it passed this summer. The measure was dropped after it became embroiled in a partisan fight over conditions for state and local law enforcement grants. Some of the grants would require police departments receiving them to undergo racial profile training and ban chokeholds and no-knock warrants, moves Republicans have likened to defunding the police. The bill is now likely to be negotiated behind closed doors as part of the final omnibus.

Outlook: Significant new and expanded investments to cut emissions and improve infrastructure resiliency are expected to be spread throughout the bill. The spending would include new resiliency grants, support for synthetic aviation fuels and low emissions transit investments. Hundreds of millions of dollars are expected for the removal of lead pipes in low-income housing. The legislation is the most earmarked and could carry $3 billion in member-directed funding for local infrastructure projects.

Potential sticking point: While there has generally been bipartisan support for increased transportation spending, Republicans have raised concerns about plans to hike federal housing assistance. HUD seems likely to get an increase, but it may be closer to the $5.7 billion proposed in the Senate, not the House’s $6.8 billion plan.

Key agencies: The Treasury Department, IRS, the Office of Management and Budget, and the General Services Administration.

Outlook: There’s bipartisan support to increase overall spending in the bill by just under 10 percent. Lawmakers are expected to provide between $200 million and $300 million to GSA for buying low-emission and electric vehicles and their associated infrastructure for agencies. OMB should also see its budget increase, a move that could allow for reversing cuts to career staff overseeing environmental agencies. Lawmakers are unlikely to block a proposed 3.7 percent pay raise for federal workers.

Potential sticking point: A decision by Democrats to drop a policy rider from past spending bills that would bar the Securities and Exchange Commission from requiring corporations to disclose political contributions is drawing sharp pushback from Republicans and the business community. Without the restriction, SEC may enact rules that could ultimately show how energy companies are favoring candidates opposed to climate action. Campaign finance issues are always fiercely fought on spending bills but in recent years have dropped out late in negotiations.

Key agencies: The Defense Department’s military construction and maintenance programs, and the Department of Veterans Affairs.

Outlook: Increases are expected in spending for climate resiliency and renewable energy upgrades at military bases. The final bill may carry at least $50 million for PFAS cleanup work as part of ongoing base realignment and closure efforts. VA spending will cover increases in treatment and research for veterans exposed to toxic pollutants, including Agent Orange.

Potential sticking point: A long-running fight over closing the Guantanamo Bay prison for military detainees is the most contentious issue. Democrats for years have tried to block funding and shutter the facilities and now with control of Congress are pressing the issue. Expect Republicans to push back hard and threaten to hold up popular military project funding if the ban is included.

Outlook: GAO is on track to receive nearly a 10 percent boost in spending to $729.3 million, which will allow for hiring nearly 200 new staffers including an expanded science, technology assessment and analytics team. The Capitol Police will also get a 17 percent hike to improve the security of the Capitol complex and replace more than 100 officers who have left the force since the Jan. 6, 2021, riots. It’s also expected to urge a reduction in plastic waste on Capitol Hill.

Potential sticking point: No holdups are likely on the smallest of the annual spending bills as lawmakers have maintained a long-standing provision that would deny members of Congress a pay raise.