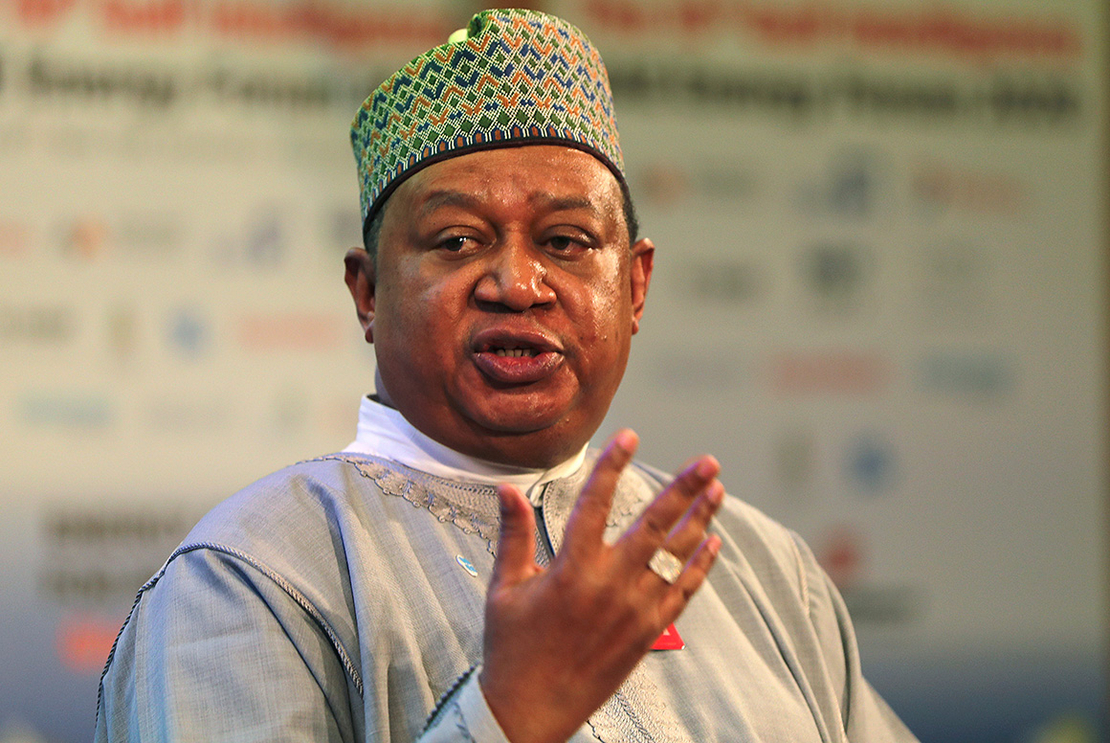 HOUSTON — For an industry built on booms and busts, a global gathering yesterday showed that Russia’s invasion of Ukraine represents a new turning point that could change permanently the direction of the oil and gas sector, as well as clean energy.

Fighting in Ukraine — and the disruption it’s causing energy markets — cast a shadow over the first day of CERAWeek by S&P Global, an international conference that was celebrating its return to Texas’ largest city for the first time since before the Covid-19 pandemic.

It’s unlikely that the United States and the European Union can negotiate a quick settlement to fighting, said Carlos Pascual, a former U.S. ambassador to Ukraine, said at CERAWeek. Russian President Vladimir Putin views the move into Ukraine as a step in restoring Russia’s greatness, which was dimmed by the end of the Cold War and the breakup of the Soviet Union, he said.

“I don’t think it’s going to be over in a few months,” said Pascual, now senior vice president for global energy and international affairs at S&P Global. “I think we’re facing something that could play itself out over potentially years.”

That in turn could deliver prolonged high oil prices, while also tempting nations to look beyond fossil fuels, experts said.

And OPEC, which works with Russia and other countries to control the global oil supply, indicated yesterday that it won’t ramp up its output to help control prices.

“We have no control over current events, as geopolitics have overtaken the market and is dictating the pace of the market,” OPEC Secretary-General Mohammad Sanusi Barkindo told reporters at the conference.

High oil prices are a potential problem for oil producers, though they can deliver stronger revenues in the near term. If costs stay high enough for long enough, governments and consumers could increasingly switch to alternatives.

Barkindo said some of the European Union’s member countries have expressed concern about so-called demand destruction.

German Chancellor Olaf Scholz has already said he wants to accelerate his country’s transition to renewable and low-emitting sources of energy (Climatewire, March 2).

Russia is the world’s third-biggest oil producer and provides more than 30 percent of Europe’s natural gas. The United States and European countries have imposed a series of economic sanctions that are intended to isolate Russia’s economy while still allowing oil and gas exports.

In addition to the economic fallout, over 1 million people have fled Ukraine for other countries, according to data from the U.N. High Commissioner for Refugees. Published reports suggest thousands of soldiers and civilians have died because of Russia’s invasion of Ukraine.

Last week, the United States and 30 other countries also agreed to release 60 million barrels of oil from emergency reserves to send a message about avoiding a shortfall in supplies.

But prices have spiraled anyway. The cost of natural gas in Europe has nearly doubled since the war started.

In the United States, the average cost of a gallon of regular gasoline hit $4.06, a nickel lower than the all-time record set in 2008, AAA reported yesterday.

The events in Russia “reinforce the importance of developing diverse sources of energy and our industry’s critical role,” Exxon Mobil Corp. CEO Darren Woods said at the conference.

Woods pointed to the energy-rich Permian Basin, which straddles parts of Texas and New Mexico, as a place where “technology breakthroughs have helped unlock vast new sources of oil and natural gas from shale, revitalizing our U.S. industry.”

“Crude oil and [liquefied natural gas] exports from the Permian and in other parts of the country have diversified global supplies, stabilized global markets and strengthened energy security, here and around the world,” Woods said.

A bipartisan group in Congress is pressing for a ban on Russian oil imports to put further pressure on Putin.

Yesterday, leaders of the tax writing committees in Congress released a proposal that would issue new restrictions on Russian energy, including by seeking to ban imports, suspending Russia from the World Trade Organization and giving President Biden additional authority to sanction Russia and Belarus, a staunch Putin ally.

Barkindo and other speakers at CERAWeek, though, said sanctions against Russian oil could drive prices even higher.

Russia threatened to cut off natural gas supplies to Europe via the Nord Stream 1 pipeline, Bloomberg reported. Deputy Prime Minister Alexander Novak said that the country has the right to “mirror” the sanctions imposed by other countries.

The news sent European gas prices up by almost 80 percent, although they later fell.

In a twist, senior U.S. officials traveled to Venezuela over the weekend to meet with President Nicolás Maduro about lifting the sanctions that have blocked the Latin American country’s oil from U.S. refineries. The Trump administration broke off relations with Venezuela as part of a pressure campaign against Maduro.

At the White House yesterday, press secretary Jen Psaki noted that U.S. energy production is rising and said it’s up to the oil and gas industry to decide how fast it wants to increase production. She said the Biden administration’s efforts to reduce the effects of climate change don’t limit how much oil companies can produce right now.

“Federal policies are not limiting the supply of oil and gas. The suggestion that we are not allowing companies to drill is inaccurate,” Psaki said.

She reiterated that roughly 9,000 permits for drilling on federal land are sitting unused, but noted that 90 percent of onshore production occurs on private land. Biden has not made any decision on whether he would agree to a bipartisan proposal emerging on Capitol Hill to ban imports of Russian oil, Psaki said.

She said the administration is talking to European allies, stressing that those countries are much more dependent on Russian oil and natural gas.

Sen. Dan Sullivan (R-Alaska) yesterday criticized the Biden administration for what he described as limitations on and permitting delays for U.S. energy production. In addition to banning Russian oil imports, he said, the administration needs to reverse policies “that have been limiting the ability for American producers to produce more.”

“Will there be a bump-up in the price? Possibly, but part of this is already because of the Biden administration’s policies,” Sullivan said in an interview.

In Germany, which has been a major importer of Russian natural gas, high natural gas prices and the current dependence on Russian fuels high natural gas prices and the country’s current dependence on Russian fuel imports have strengthened the case for investments in emerging technologies like hydrogen, said Christine Falken-Grosser, head of the Bilateral Energy Cooperation unit at the German Federal Ministry for Economic Affairs and Climate Action.

Hydrogen itself is carbon-free, but it is typically developed in a process powered by electricity that comes from burning natural gas or coal. However, hydrogen — which some experts say could provide an alternative to natural gas for heavy industry and heating in the future — can also be made “green” using renewable energy instead of fossil fuels.

“Everybody knows that due to the current situation, this urgency to act is even higher right now,” Falken-Grosser said.