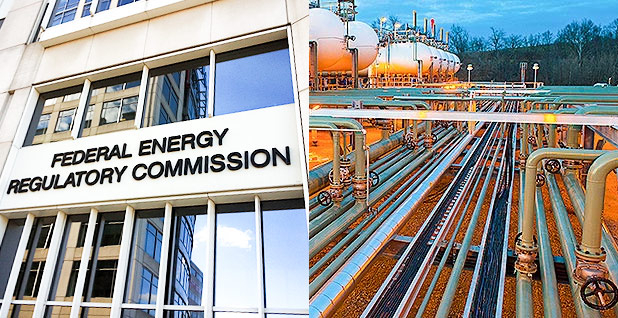 With the Federal Energy Regulatory Commission down to one commissioner and Senate floor time hard to come by, the wait will continue for several major natural gas pipelines and other infrastructure projects that need agency approval.

When Colette Honorable resigned from the commission on June 30, she left behind only Cheryl LaFleur on the normally five-member body, which has been without a quorum since Chairman Norman Bay resigned in February.

Two Republican nominees — GOP aide Neil Chatterjee and Pennsylvania regulator Robert Powelson — moved fairly easily through the Energy and Natural Resources Committee, but they have been awaiting a full Senate vote for weeks. The chamber only has 14 more scheduled workdays before it takes a monthlong recess in August.

President Trump has said he intends to nominate Richard Glick, another Senate aide, to join LaFleur as a Democrat on the body, which typically maintains a 3-2 party split (E&E Daily, June 29).

A potential complication is that Democrats may work to keep the Republicans from moving forward until Glick can be approved alongside them. Trump has yet to formally send his nomination to the Hill.

Sen. Maria Cantwell (D-Wash.), ranking member on the Energy and Natural Resources Committee, said the decision on how to proceed is not up to her.

"It’s above my pay grade," she said. Still, Democrats want to make sure their party is represented on the commission, she said.

The lack of a quorum means FERC is unable to give final approval to major projects. At least one is ready to move forward but for a final authorization from the agency.

The 255-mile Nexus natural gas pipeline in Ohio and Michigan got its final environmental review in November but remains on hold.

"We’ve got that race car sitting there revved and all ready to go, we just need that go-ahead," the pipeline company’s President James Grech told the Canton, Ohio, Repository last month.

Four other proposed pipelines — Atlantic Coast, PennEast, Mountain Valley and Mountaineer XPress — already have their reviews in hand or will soon do so but could also see final permitting stall.

The fallout is significant for developers, who will suffer "real-world consequences," but can also have a cascading effect on other companies and their workers, said former FERC Commissioner Don Santa, who now heads the Interstate Natural Gas Association of America.

"Think about the shippers, whether it’s a gas distribution company, an electric generator or utility, an industrial customer. They’re dependent on getting that gas," Santa said.

The uncertainty can also be difficult for workers at pipeline construction companies, whose projects may get pushed off by months, he said.

Nine smaller projects, including upgrades and new compressor stations, could too be delayed, according to the American Petroleum Institute.

Santa said he is optimistic that at least two new commissioners will be confirmed before the August recess, but even if they are, they will face a hefty accumulation of work that has piled up since February.

"We’d like to see them act on the backlog," Santa said. "But by the same token, we need to be realistic about it. There have been estimates that FERC puts out about 100 orders a month. They’ve probably got a backlog of about 500 orders, and that continues to grow."

The new commissioners will also face a learning curve.

"Realistically as a commissioner, you take the job very seriously. You want to know what you’re voting on, you want to understand it," said Santa. "I think the new commissioners will understand the imperative to act, but … it’s going to take them time to get up the curve, especially on some of the more meaty issues."