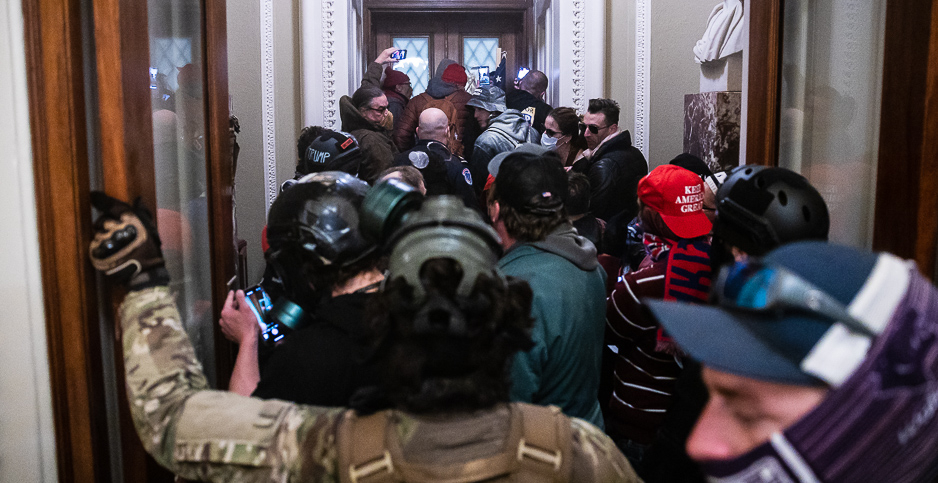 Representatives from the American Clean Power Association and the Nuclear Energy Institute told E&E News their political action committees would not donate to those lawmakers’ campaigns, at least for the time being.

The changes came after an initial January wave of numerous companies and associations reviewing their PAC contribution policies in the wake of the Jan. 6 attack on the Capitol by supporters of then-President Trump.

Trump and his allies were accused of inciting the attack in an unprecedented attempt to get Congress to reject Biden’s victories in certain states and instead make Trump the winner.

In all, 147 GOP lawmakers in the House and Senate voted against accepting the election results in either Arizona or Pennsylvania, two swing states that Biden won. Despite the objections, Congress accepted all of the results.

The U.S. Chamber of Commerce, meanwhile, said last week that it would not judge any lawmakers for potential donations based solely on their January votes on election results. That followed the business lobbying group’s own review of PAC donation standards.

ACP and NEI join at least Dow Inc. and General Electric Co. in declining to donate to lawmakers who voted against the election results (E&E Daily, Jan. 12). Representatives of both of those companies told E&E News their decisions had not changed.

"In the 2022 election cycle, ACP will not be contributing to the campaigns of the Congressional members that voted to not certify the election. We will also continue to evaluate each candidate by their support for the renewable energy industry and their individual conduct," ACP told E&E News via email.

NEI has a similar policy, though it did not put a specific time frame on it. "NEI has suspended contributions for the lawmakers who voted against certifying the 2020 electoral college results," an NEI spokesperson said. "We will reassess that decision periodically throughout the year."

The PAC affiliated with ACP — which up until last year was known as the American Wind Energy Association — gave $142,500 to candidates for federal office in the 2020 election cycle. Of that, $84,000 went to Democrats, while $58,500 went to Republicans, according to a Center for Responsive Politics analysis.

None of the election objectors or their affiliated PACs got $10,000 or more from ACP’s PAC, CRP said.

CRP’s analysis looked only at donations totaling $10,000 to candidates’ election campaigns and their affiliated PACs.

The Chamber of Commerce didn’t previously swear off donations to the Republicans who opposed the results. But as the main lobby for big business, its decision is likely to guide other major associations and companies as they consider how to handle future contributions.

"Going forward, the Chamber will evaluate our support for candidates — Republicans and Democrats — based on their position on issues important to the Chamber, as well as their demonstrated commitment to governing and rebuilding our democratic institutions," Ashlee Rich Stephenson, the organization’s chief political strategist, wrote in a March 5 memo the Chamber published.

"We do not believe it is appropriate to judge members of Congress solely based on their votes on the electoral certification," said the Chamber.

But the memo left the door open to considering lawmakers’ actions regarding the election and the riot.

"There is a meaningful difference between a member of Congress who voted no on the question of certifying the votes of certain states and those who engaged and continue to engage in repeated actions that undermine the legitimacy of our elections and institutions," Stephenson wrote.

"For example, casting a vote is different than organizing the rally of January 6th or continuing to push debunked conspiracy theories."

The American Chemistry Council said the powerful trade organization is taking an approach similar to that of the Chamber. In January, ACC condemned the riot but indicated that any decisions would be left to a February PAC board meeting (E&E Daily, Jan. 27).

Following that meeting, spokesperson Patrick Hurston confirmed this week that ACC considers "a number of factors" when weighing PAC donations and will continue to do so — but indicated that no mass penalty would be applied to election objectors.

"After a thoughtful discussion at its recent meeting, the PAC board directed ACC to make individual donation decisions on a case-by-case basis, keeping all these considerations in mind, including increased consideration of an individual’s conduct over the course of the last election cycle," Hurston said.

Some companies ceased all donations following the Capitol riot, regardless of a lawmaker’s stance on the election results.

A number of those corporations indicated that donations remain frozen, including chemical manufacturer 3M Co. and energy giant ConocoPhillips. Those companies said the freeze would be revaluated later this year.