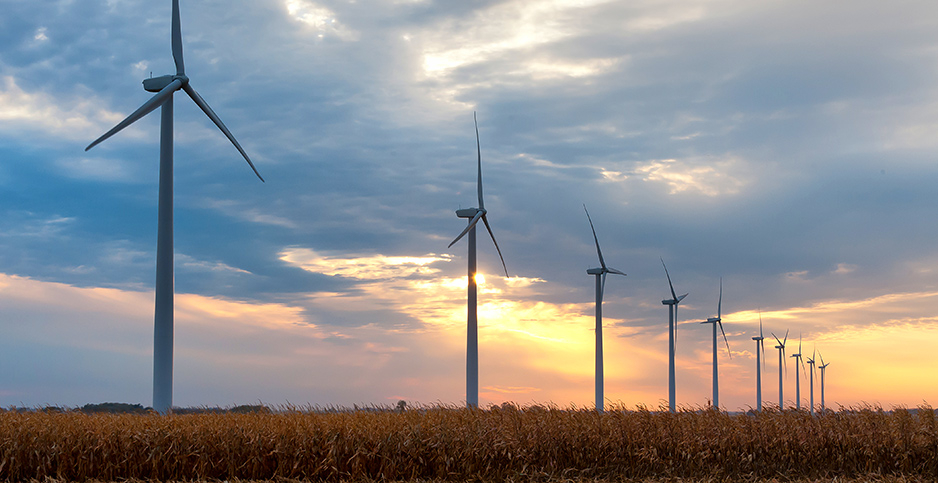 The remaking of the U.S. energy sector is happening in ways not entirely tethered to the nation’s red state-blue state political divide.

President Trump’s rejection of his predecessor’s climate and clean energy policies was met with praise from Republican governors and pledges of resistance by Democrats. But a new report says job growth in new energy technology reaches over that divide, and the expansion of those opportunities will be led by states.

The report, from former Energy Secretary Ernest Moniz’s think tank, the Energy Futures Initiative, and the National Association of State Energy Officials, (NASEO) shows state-by-state employee counts of workers directly engaged in energy fields. Based on a survey of 24,000 employers, the report aims to fill in the gaps where the Department of Labor didn’t account for certain corners of energy technology development.

It includes jobs in production of shale gas, a boon to the traditional "oil patch" states. Shale gas makes the list because it has a smaller carbon footprint than coal in the generation of electricity. And it also includes wind energy production, strongest in the Great Plains region.

Employment counted in the report totaled about 6.5 million people out of the 145 million in the U.S. workforce in 2017. The U.S. energy sector added 133,000 jobs last year, with more than half of them in energy efficiency.

Solar energy firms employed about 250,000 people nationwide who spent a majority of their work time on solar in 2017 and 100,000 who did part-time solar work, with the total down 24,000 jobs, or 6 percent, from the year before, the authors said.

But two-thirds of the decline was in the states of California and Massachusetts. In 29 other states, with politics swinging both right and left, red and blue, "the solar industry actually grew," said David Foster of the Energy Futures Initiative, who led the same research when it was started in the Energy Department under Moniz. EFI took over the project when the Trump administration’s DOE did not budget it last year.

Philip Jordan, principal researcher at the BW Research Partnership, which conducted the employer survey first for DOE under Moniz and now with the EFI project, said that the solar job drop in California and Massachusetts might reflect a slowdown in the heavy sales promotions of rooftop solar. The improved productivity of rooftop installations may be a factor, too.

Jobs involving hybrid vehicles and alternative motor vehicles totaled 220,000, down almost 40,000 from the year before. However, jobs supporting development of all-electric vehicles rose sharply, and 23 percent of firms in motor vehicle parts got all of their revenue in products that increase vehicle fuel economy, a significant jump, the report said.

The number of jobs tied to battery storage, whether to back up renewable energy or to power electric vehicles, grew by 12 percent, with firms saying they want to hire 6 percent more this year. The United States is a leader in power electronics research, development and deployment, which supports integration of renewable power and battery storage into grid operations. This technology has seeded itself in Wisconsin, North Carolina and Vermont, E&E News reported in the series "United States of Batteries" (Energywire, March 27, 2017).

Coalition of the willing

Moniz gave a wry anecdote about the wider interest in clean energy and a split in Washington over low-carbon policies.

At the end of 2016, Utah, Colorado and Nevada announced they would work together to build a network of fast-charging stations for electric vehicles on their interstate highway corridors. "One year later, four states were added on: Montana, Idaho, Wyoming and New Mexico," Moniz said.

"As a physicist, I can do a simple extrapolation and say in 11 more years, the entire country will be part of this charging network," Moniz said. "Those are blue states and red states in terms of the governors."

From his policy perspective, a coalition of the willing is far better than none at all.

"There’s no doubt that long-term, we need an economywide national approach. But I think it’s very important that we maintain the momentum toward this long-term, very low-carbon economy," Moniz said, adding at another point, "The reality is, mayors and governors have a lot more of a can-do spirit than you find at the national level because they’re close to where the issues are, the problems are, and they are looking for the future."

Jobs data indicate that in the auto industry, at least, some U.S. carmakers miscalculated despite their immersion in the market.

Jobs involved in alternative-fuel vehicles declined by almost 40,000 in 2017, despite a 25 percent increase in hybrid, plug-in and electric vehicle sales in the United States. That suggests that foreign manufacturers’ imports seized opportunities that U.S. rivals didn’t see or act on, Foster said.

Moniz and Foster said they hope the report’s detail will sharpen recognition of new opportunities in energy and the need for more targeted education, training and apprenticeships in those fields. One-quarter of the firms surveyed said it was "very difficult" to hire qualified workers over the previous 12 months, and 70 percent of companies reported difficulty in doing so.

David Terry, executive director of NASEO, said the employment report begun by DOE and continued under EFI "has proven to be an important tool for state energy officials, who will use this unique set of ‘all of the above’ energy jobs data to inform policy development and planning."

The survey of 24,000 firms draws on the Bureau of Labor Statistics’ methodology for classifying workers, based on the BLS quarterly census of employment and wages. Researchers made nearly 400,000 calls to employers and sent 40,000 emails to collect data from 23,000 businesses. About 5,500 of the 24,000 respondents provided full responses to the survey, the authors said.

This detail filled in gaps — some very large — in the Labor Department assessment of energy jobs and the picture from surveyed employers, Foster said.

The survey’s job total in the wind energy sector was 15 times higher than the BLS report and almost 100 times greater than in solar. "This plays out in virtually every one of these technologies," Foster said.

The count of direct solar jobs in New York state came to just 61 jobs in 2017, according to BLS.

"Why on Earth would [the New York State Energy Research and Development Authority] be interested in continuing to invest in the solar industry if at the end of a decade it only produced 61 jobs, because that’s what the BLS data would show you," Foster said.

The study’s conclusion is that solar supported 12,411 jobs in the state.

One reason for the discrepancies is the way contract maintenance workers are counted. Utilities increasingly rely on contractors, but they aren’t counted as part of the utility job classification.

Likewise, installers of residential photovoltaic solar panels are classified as roofers and electricians. Those who design wind turbines likely are not associated with energy at all, he added.

The authors said the most surprising survey finding was the sustained growth of jobs related to increasing energy efficiency of a wide variety of products, from appliances to home insulation to factories installing combined heat and power units.

"Since no one had studied this industry before with a direct survey, it provided the first-ever look at what’s going on with how businesses are trying to embrace these new technologies," the study said.