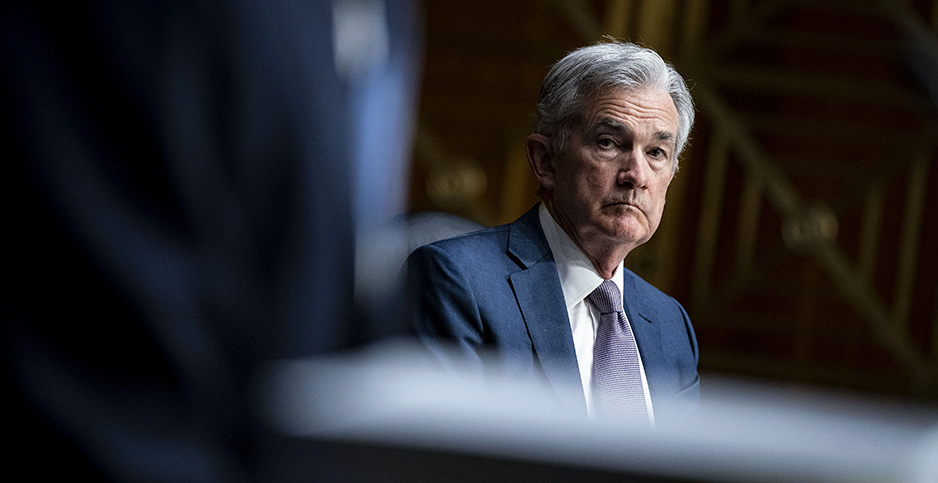 Jerome Powell, chair of the Federal Reserve, on Capitol Hill last month. The central bank created its first-ever committee yesterday to study the effects of climate change on the financial system. CNP/AdMedia/Sipa/Newscom

The Federal Reserve announced yesterday the creation of a first-of-its-kind committee — chaired by a senior-level official — to deepen the central bank’s understanding of the risks that climate change poses to the financial system.

Kevin Stiroh, who currently leads the New York Fed’s supervisory work, has been tapped for the job, which will entail tackling global warming alongside senior staff throughout the central banking system. That includes the Federal Reserve Board and the Fed’s 12 reserve banks across the country.

The mission of the so-called Supervision Climate Committee will be to assess the implications of climate change for the financial system — including firms, infrastructure and markets in general.

"The SCC will build on our climate change work already underway across the Federal Reserve System, and help us take a careful, thoughtful, and transparent approach to analyzing these potential risks," Fed Vice Chair Randal Quarles said in a statement.

Over the last several months, the central bank has signaled that it’s paying more attention to global warming, an issue that experts say has the potential to spur a systemwide financial crisis.

The Fed in November acknowledged climate-related risks in its semiannual Financial Stability Report for the first time. Not long after, the central bank in December formally joined the Network for Greening the Financial System, an international group of regulators working to tackle the economic implications of rising global temperatures.

Both moves followed months of criticism from climate advocates, who slammed the Fed for failing to act on the issue that for years has been dominated by regulators in Europe and elsewhere.

Sarah Dougherty, a former researcher at the Federal Reserve Bank of Atlanta who is now with the Natural Resources Defense Council, said in an interview that she thinks the Fed’s new climate committee is a sign the central bank "actually wants to do something instead of just talk about it."

Convening staff across the system is a common Fed approach to tackling an emerging issue, Dougherty added. So in her eyes, taking that approach on global warming indicates the central bank sees it as a priority.

Stiroh, who has held various roles at the Fed over the last two decades, will begin his new role Feb. 1.

Dougherty is among those who think he’s a good fit for the role — in large part because Stiroh has been vocal about climate risk before. That includes a speech last March at the Harvard Business School, in which Stiroh said that climate impacts and the transition to a low-carbon economy "will be felt across business sectors and asset classes, on strategies and operations, and through the balance sheets and income statements of financial firms."

Stiroh also has served as co-chair of a climate risk task force within the Basel Committee on Banking Supervision, an international group of central banks that promotes financial stability.

"This will mobilize it’s over 400 economists on the issue. It’s serious firepower," he wrote in a Twitter post last night.