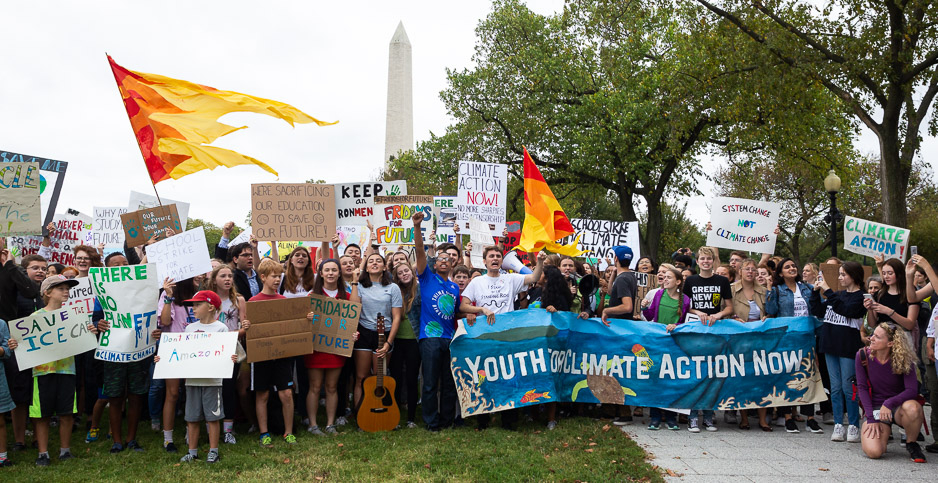 The environmental movement has made some progress in diversifying its ranks, a watchdog group said today, but much more work needs to be done.

Green 2.0, a nonprofit dedicated to equity in the environmental arena, found that major groups increased the percentage of people of color on their full-time staff and boards from 2020 to 2021. (The report often uses "POC" as shorthand for people of color.)

But it also emphasized that the percentage of full-time people of color on staff — nearly 30 percent — still trails the U.S. population at large, noting that the next generation — those under 16 years old now — are less than 50 percent white.

And it found widespread discrepancies in how major foundations dole out grants in the environmental and climate arenas.

"Every year we want to make sure that NGOs and foundations that are pledging to prioritize diversity and inclusion are holding true to those promises," said Green 2.0 Executive Director Andrés Jimenez in a statement. "It is not enough to tout diversity with no follow through in this day and age when organizations are reckoning with their failure to support staff of color."

This year it expanded the scope. The organization requested information from 80 major groups, up from 40 previously, and it also tracked diversity among heads of the organizations.

Of the 80 groups, 67 provided data, along with 20 foundations that make grants in the environmental and climate areas.

They found that the full-time staff of those groups remain predominantly white — 60 percent. Nearly 11 percent of staff is Black, and roughly the same percentage identifies as Hispanic, Latinx or Chicanx.

Those numbers show only modest change in the last five years.

The limited diversity is more prominent among heads of organizations. Nearly three-quarters — 73 percent — of those leaders are white.

"Progress is being made, but we still have a long way to go,” Rep. Nanette Barragán (D-Calif.) said at a Green 2.0 briefing today on the report.

Green 2.0 did find signs of change, however.

In particular, groups appear to be doing a better job at diversifying their senior staff and boards. In both categories, there were significant gains in the past two years.

The group attributed the renewed push on diversity to the increased focus on the Black Lives Matter movement following the killing of George Floyd and other Black Americans.

While it concluded that there have been "positive trends over time," it cautioned against reading its report card as an endorsement of an environmental movement that continues to struggle with what many activists have called institutional racism (Greenwire, June 6, 2020).

"NGOs are still overwhelmingly White-led," it states, "and need to make progress in this area to be representative of our nation."

Barragán said the report underscores how few environmental groups have people of color as executive directors or CEOs.

"This number is too low,” she said. “The report card shows a huge disparity."

In one of the most striking parts of the report, Green 2.0 examined foundations and their grant-making processes for the first time this year. It found widespread disparities between giving to environmental groups with white leaders compared to those with people of color at the helm.

"The amount of average annual grant making to White-led organizations is much higher than for organizations led by POC," it found.

Green 2.0 found the difference to be stark.

The average operating budget of organizations led by people of color is "a mere 3 percent of the operational budgets for White-led organizations."