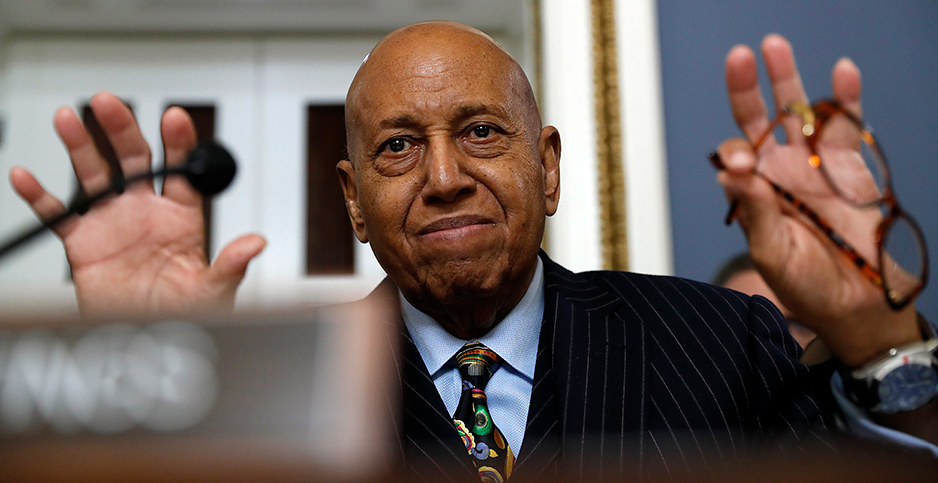 Longtime Florida Democratic Rep. Alcee Hastings died today after a battle with pancreatic cancer. He was 84.

Hastings, a civil rights crusader and attorney, announced his cancer diagnosis in early 2019 and had been in hospice care in recent days, the Sun Sentinel reported.

He was a Florida federal judge in 1979 but became one of just a handful of federal judges to be impeached and removed from office. The Senate removed him from the bench in 1989, following charges of bribery and perjury.

Hastings went on to win 15 congressional elections and was the dean of Florida’s delegation on Capitol Hill at the time of his death. Hastings was also vice chairman of the Rules Committee.

Rep. Ted Deutch (D-Fla.), who represents a neighboring district, said Hastings was a reliable ally in the fight against climate change.

"Alcee understood the importance of a beautiful Florida and the threat that climate change poses, and as we remember him for so many things, let’s remember him for his efforts to fight climate change and preserve the beauty that we have here in Florida," Deutch said in a news conference on the "Energy Innovation and Carbon Dividend Act." Deutch is the lead sponsor of the carbon tax legislation, and Hastings co-sponsored the bill in the last Congress.

"Hastings will go down in history as a tireless advocate for people and the planet, especially the precious Everglades and all of Florida’s majestic lands and waters," he said.

Hastings most recently represented the 20th District, a majority-Black and strongly Democratic constituency in Fort Lauderdale, Palm Beach and some nearby areas. It also includes significant portions of Everglades wetlands, like the Loxahatchee National Wildlife Refuge.

The congressman was an outspoken opponent of offshore drilling off Florida’s coast and was a champion of Everglades restoration. Hastings was co-chairman of the Everglades Caucus, alongside Rep. Mario Diaz-Balart (R-Fla.).

Hastings’ position aligned the state’s sugar industry and agricultural interests, but environmentalists argued it threatened the Everglades ecosystem (Greenwire, May 7, 2020).

Hastings is the second lawmaker to die in office this year. Rep. Ron Wright (R-Texas) died in February following complications from COVID-19.