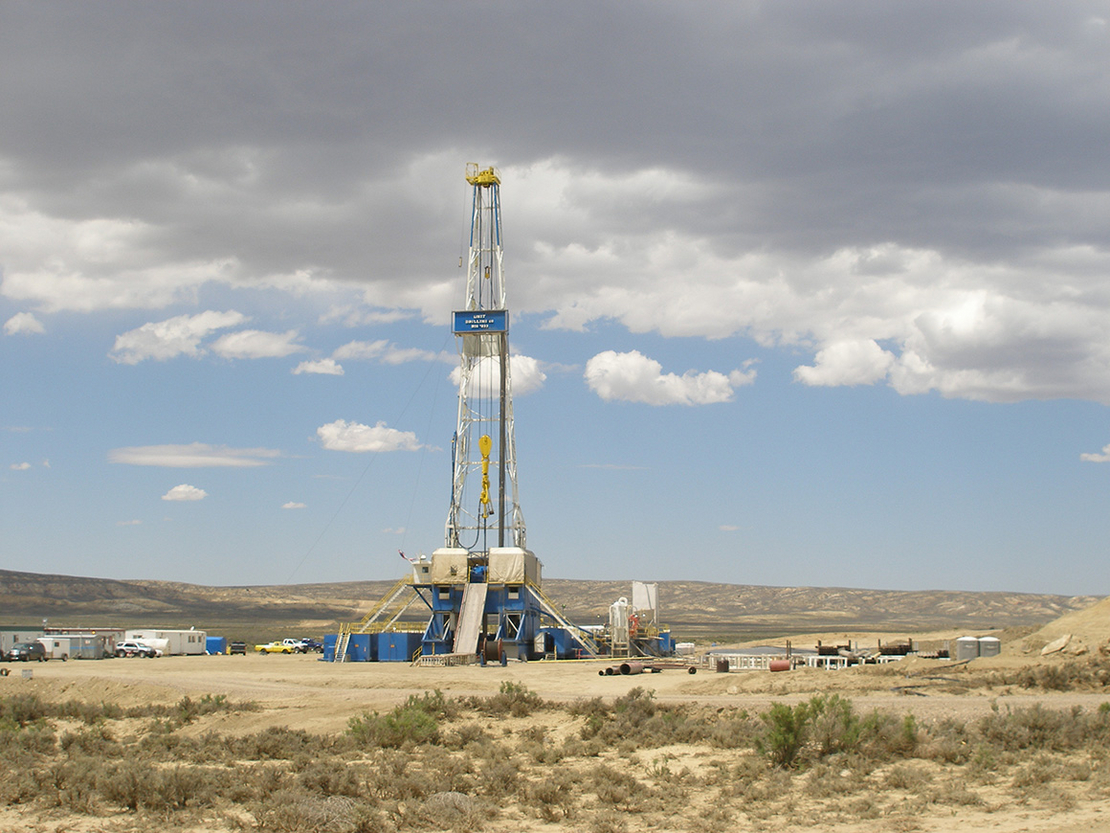 An oil and gas drilling rig in Wyoming. BLM Wyoming/Flickr

In a letter to Interior Secretary Deb Haaland on Monday, the organizations also requested the deadline for public comment be extended 45 days for the public to weigh in on the climate impacts of ongoing leasing and the ramifications of oil and gas development on local communities.

“The proposed lease sales stand to impact a range of environmental justice, public health, natural resource, and wildlife issues, but chief among these issues is the existential imperative to limit climate change to 1.5 degrees Celsius of warming,” the groups wrote.

Signed by WildEarth Guardians, the Pueblo Action Alliance, GreenLatinos and the Sierra Club, among others, the letter said a 30-day comment period for sales covering up to 260,000 acres is “unreasonable.”

“The additional time will ensure the public—including environmental justice communities whose views on this type of development have historically been overlooked and who will be the first to feel the impacts of these sales—have an opportunity to meaningfully review and provide comments,” the letter says.

The planned oil and gas auctions are the second round of onshore leasing under the Biden administration and represent a disappointment for organizations opposed to continued drilling on public lands and waters.

The White House froze federal oil leasing last year to conduct a review of the government’s management of national stores of crude oil and natural gas in light of climate change but later lifted the moratorium to comply with a court order.

When announcing the Wyoming and New Mexico sales in October, the Interior Department said the auctions were an effort to comply with that law and would follow new provisions on fees, royalties and minimum bids.

“The Department is committed to taking action that reflects a balanced approach to responsible energy development and management of our nation’s public lands,” the agency wrote.