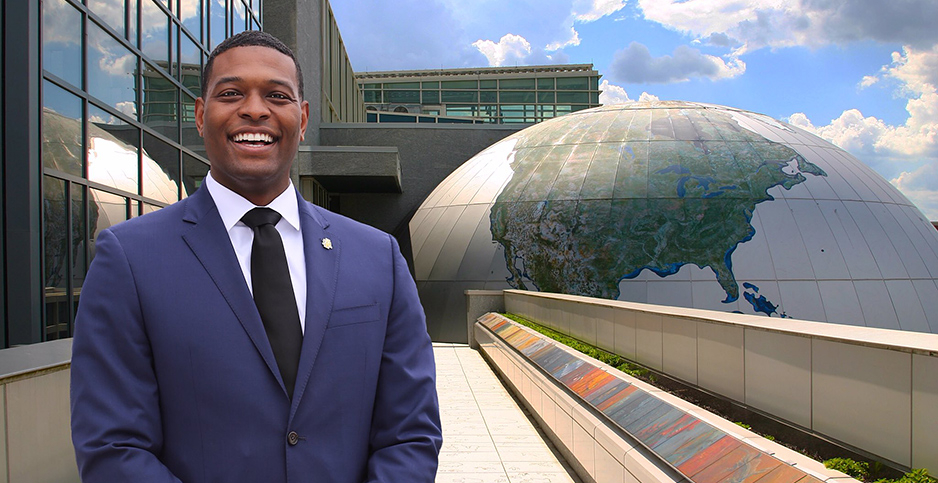 Groups pushing for civil rights and polluted communities upended the race on who would lead the agency for Biden. They lobbied hard against Mary Nichols, the outgoing California Air Resources Board chair, who was long considered the front-runner for the job, saying she had ignored their concerns about front-line communities dealing with industrial waste.

Soon enough, Regan, secretary of the North Carolina Department of Environmental Quality, emerged in recent days as a contender, and yesterday, Biden’s transition team announced him as the nominee for head of EPA. If confirmed, Regan will be the first Black man to serve as EPA administrator.

Bishop William Barber II, a civil rights activist, has known Regan from his time in state government. The co-chair of the Poor People’s Campaign said Regan has taken on polluters as head of DEQ, saying, "He’s someone who will not turn a deaf ear on what the environmental justice community is championing.

"Michael has a strong consciousness for protecting the environment. He’s done it; he’s been there," Barber added. "He is not a person who is afraid. In that position, you have to take on some pretty powerful forces."

Barber is also senior pastor at the Greenleaf Christian Church in Goldsboro, N.C., where Regan grew up and struggled with asthma symptoms as a child in eastern North Carolina.

The civil rights activist is also tied to Regan through family. Barber’s son, William Barber III, with the Climate Reality Project, serves on the environmental justice board created by Regan to advise the North Carolina department.

Aaron Mair, a pioneer in environmental justice who pushed for cleaning up the Hudson River, praised Regan’s record in North Carolina. He noted Regan’s work on coal ash and ratcheting up environmental protections.

He noted the incorrect belief that environmental justice is just for Black people.

"It is environmental protection for all people. It’s just that African Americans and poor communities happen to be underprotected and poorly shielded from the worst atrocities committed by polluting facilities," Mair said, adding that Regan "is from the communities that had been disproportionately impacted."

As DEQ secretary since 2017, Regan has had to contend with pollution targeting such communities in his state. He has helped win settlements with Duke Energy Corp. to clean up coal ash storage sites and with Chemours Co. to stop GenX chemicals contaminating water sources like the Cape Fear River (see related story).

Regan’s record on biomass and fossil fuel projects in North Carolina, however, has frustrated some environmental justice activists.

"The experience is that Secretary Regan has not acted boldly on environmental justice issues," Donna Chavis, senior fossil fuels campaigner for Friends of the Earth, told E&E News. "The most egregious thing that falls in that category is his failure to follow eco-regulations on disproportionate and cumulative impacts in EJ communities."

Chavis, who has worked on environmental justice issues in North Carolina for decades, cited Regan signing off on a water quality permit for the since-abandoned Atlantic Coast pipeline and lack of action on Enviva’s wood pellet plants in the state.

She shared a list of issues on why Regan shouldn’t be considered for head of EPA, which was also sent to Biden’s transition team. That document included other choices for the job, such as Brenda Mallory, who has since been picked by Biden to lead the White House Council on Environmental Quality.

Chavis said she has been encouraged by Biden’s "overall slate" of nominees and that despite her misgivings, she can work with Regan at EPA.

"Yes, I do believe we can. I never gave up on working with him in North Carolina," she said. "He is going into a position now that will give him a floor where he can reach the ceiling. We hope he doesn’t go to the floor but reaches for the ceiling."

Barber also campaigned against the Atlantic Coast pipeline. He said "nobody is going to be 100%," and activists have to push officials for their environmental goals.

Barber and other members of the Poor People’s Campaign met yesterday with Biden’s domestic policy advisers, but Barber said EPA and who should be its administrator were not discussed.

Others in North Carolina promoted Regan for the EPA administrator position.

"We believe that he would lead it with dignity and is well positioned to help guide it into a critically important era after several years of mismanagement, much like he did with North Carolina’s Department of Environmental Quality."

La’Meshia Whittington, campaigns director for the Black Alliance, said Regan has not been "flawless" but noted the environmental gains he has made in North Carolina.

"You cleaned up the coal ash you endured as a child? That is triumphant," Whittington told E&E News.

"We’ll make meaningful progress together by listening to every voice — from our youth & frontline communities to scientists & our workforce. I will be honored to be part of that work as EPA Administrator," Regan said.

Environmental justice groups helped sink Nichols’ prospects for leading EPA. Several signed onto a letter saying she had a "bleak track in addressing environmental racism" sent to Biden’s transition team earlier this month. That letter was spearheaded by the the California Environmental Justice Alliance.

Caroline Farrell, executive director of the Center on Race, Poverty & the Environment, a CEJA member organization, said the alliance had not worked with Regan and deferred to activists in North Carolina.

"We hope that Regan if confirmed will work closely with Environmental Justice communities and advocates in order to accomplish what is most needed — cleaning up our air, water, and soil, especially in low income communities and communities of color," Farrell said in a statement.

"We don’t lose," Mair said. "You’re now at the point of consensus. You rally around now that leader so we can get good public policy."