Environmental lawyers gear up for a wild year 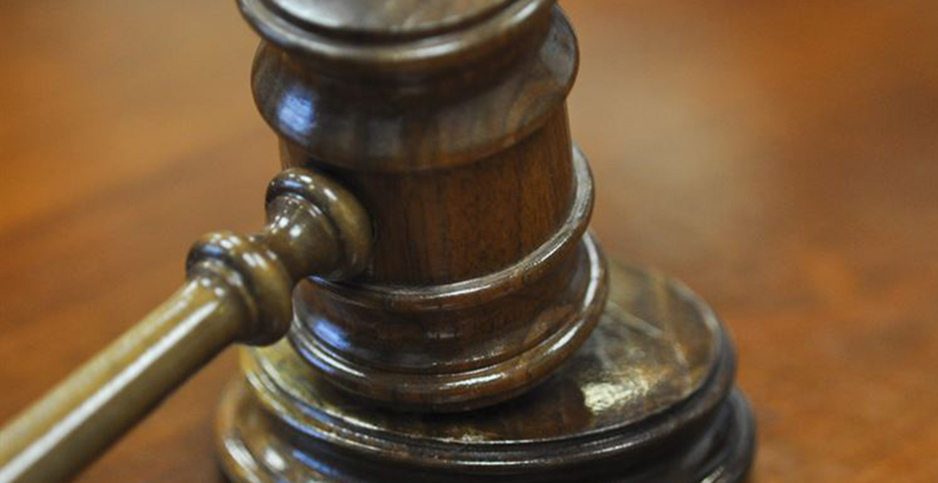 As the Trump administration kicks off its third year, critical legal battles involving environmental policy and deregulation have only just begun.

The year 2019 will feature some of the most contentious courtroom showdowns yet: challenges to EPA rollbacks, efforts to overturn the shrinking of national monuments and debates over the scope of the Clean Water Act.

An army of lawyers from government, industry and environmental groups will be on the front lines, along with recent Trump appointees who can steer legal strategy and outcomes.

Here’s a look a five people to watch in environmental law in 2019.

One of the Trump administration’s top deregulatory targets is the Obama-era Clean Water Rule.

EPA tried to suspend the regulation, also known as the Waters of the U.S., or WOTUS, rule, and has proposed a new version that would tighten the Clean Water Act’s reach.

At the center of the fight is Blan Holman of the Southern Environmental Law Center. Holman and his team are behind the legal strategy in several WOTUS lawsuits in federal district courts.

In some cases, they’re defending the merits of the Obama program; in others, they’re pushing back on EPA’s efforts to delay the rule. And with the Trump administration’s own proposal out for public comment, SELC is honing its legal arguments for eventual litigation on that front.

"It’s going to be a busy year, but this is what we do," Holman said. "And this is exactly the kind of fight, if you’re a public interest environmental advocate, you want to be involved in. We feel pretty ready for the fight."

The work can be consuming. In the lead-up to recent district court proceedings, Holman found himself listening to audio from another infamous Clean Water Act battle — Supreme Court oral arguments in Rapanos v. United States — while driving to Georgia.

The multifront WOTUS fight will be most active in federal appellate courts at the beginning of 2019. A lower court tossed EPA’s attempt to delay WOTUS last year, but that decision is now being challenged at the 4th U.S. Circuit Court of Appeals.

The 11th U.S. Circuit Court of Appeals is also expected to see action soon. A district court in Georgia is currently grappling with fundamental arguments about whether the Obama rule was legal in the first place. Once the court issues its ruling, the losing side is likely to file an appeal at the 11th Circuit.

Holman is representing a coalition of environmental groups in both cases. They’re fighting for the Obama-era level of protections abandoned by the Trump administration.

"It’s an odd set-up," he said. "It makes intervenor-defendant activity vital. Without our being there, the rule’s not being defended on the substance, which is a shame."

The head of the Justice Department’s environmental practice will have his first real opportunity to mold the division this year.

Clark was sworn in Nov. 1 as chief of the Environment and Natural Resources Division, which represents the U.S. government in cases involving environmental law, public lands and tribes.

He’s no stranger to the team, having served as a high-ranking official during the George W. Bush administration. Environmentalists are skeptical about his leadership, pointing to his background representing BP PLC in litigation over the 2010 Deepwater Horizon oil spill.

Now in charge of the division, Clark will guide the enforcement of federal environmental laws and the defense of the Trump administration’s policies.

He’ll also oversee the government’s strategy in the ongoing "kids climate case," which is heading to the 9th U.S. Circuit Court of Appeals this year.

Leading 600 attorneys and staff in the division, Clark will face some tough decisions, including how to manage heavy caseloads with a contracting budget.

He also will have to decide whether to follow through on a controversial plan to close DOJ’s environmental field office in San Francisco (Greenwire, Nov. 2).

Paul Clement is a living legend in Supreme Court circles.

The Kirkland & Ellis LLP attorney, who served as the George W. Bush administration’s top litigator, has argued more than 90 cases before the high court.

In 2019, he could add an important water policy case to his record. Clement is representing Kinder Morgan Energy Partners LP in a Supreme Court petition that could have dramatic impacts on another Clean Water Act debate.

At issue is whether the law covers pollution that flows through groundwater before reaching a federally regulated waterway (Greenwire, Dec. 4).

This is different from the WOTUS debate, which generally focuses on which surface waters should be subject to federal regulation.

With one notable exception, Rapanos, Clement has a relatively light environmental law record. He’ll be propelled into one of the most consequential environmental cases on the Supreme Court’s docket this term if the justices agree to take up Kinder Morgan’s case.

Court watchers view his involvement in the pipeline company’s petition as a signal of the issue’s importance.

"We feel strongly about the law in our favor in Kinder Morgan, but we’ll see," he said.

SELC is representing environmentalists in the case.

Another prominent legal tangle for 2019 centers on national monuments, as tribal advocates, environmentalists and others protest the Trump administration’s decision to shrink two popular sites in Utah.

Earthjustice attorney Heidi McIntosh and a team of attorneys from tribes and nonprofits are fighting the decision to trim Bears Ears and Grand Staircase-Escalante. They say the Antiquities Act does not give the president the power to reduce monuments.

The challengers cleared some major hurdles in 2018, including persuading a district court to keep the case in Washington, D.C.

But the bulk of the litigation is still pending and will play out this year. McIntosh is leading the environmental coalition, joined by the Natural Resources Defense Council’s Kate Desormeau and Southern Utah Wilderness Alliance’s Steve Bloch.

"Among the conservation groups, it’s certainly a team effort with everybody pulling on an oar," McIntosh said. "Plus three other plaintiffs’ groups. They have all been tremendously effective as well, each bringing a little something different to the table."

The Trump administration has asked the court to dismiss five consolidated cases challenging the new monument boundaries. A decision is expected soon. If the court refuses the dismiss the cases, they’ll move on to the next phase: summary judgment.

And if the monument advocates lose?

"This is such an important case, and the Antiquities Act is so critical to the conservation not just of the incredible Western landscapes but monuments everywhere, big and small," McIntosh said, "that chances are very small that we would forgo an appeal."

But with Neomi Rao’s impending nomination to the U.S. Court of Appeals for the District of Columbia Circuit, she will become even more influential.

EPA, the Federal Energy Regulatory Commission and other agencies often appear before the court.

The Senate likely has the votes to confirm Rao for the role, but her confirmation process will be contentious nevertheless.

Prior to leading the White House’s Office of Information and Regulatory Affairs, Rao was a law professor at George Mason University, where she founded the C. Boyden Gray Center for the Study of the Administrative State.

The conservative scholar is known for her skepticism of administrative agencies, a reputation she cemented at OIRA by helping EPA, Interior and others unwind policies established under previous administrations.

Environmentalists have already flagged concerns about Rao, calling her a "walking conflict of interest" (Greenwire, Nov. 20).

If confirmed to the D.C. Circuit, she’ll bring that trademark skepticism to the bench. And while she may have to recuse herself from several cases involving rulemaking efforts she handled at OIRA, she will likely have plenty of other environmental matters on her plate.