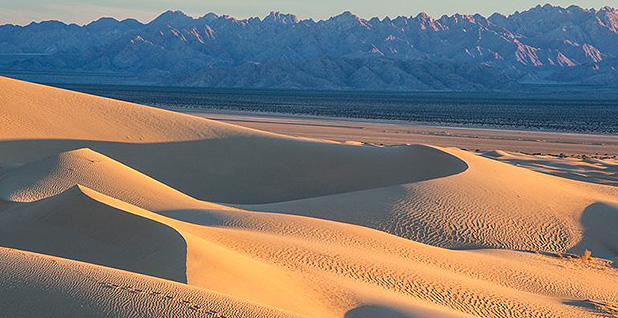 Earlier this year — before President Obama began a record-breaking streak of monument designations — environmentalists were worried about what they saw as a lull in the administration’s interest.

Mike Matz, the director of public lands at the Pew Charitable Trusts, laid out his group’s views in an email to John Podesta, calling the lull "concerning" and placing some of the blame on the then-ongoing occupation of Oregon’s Malheur National Wildlife Refuge.

"But part of it is a sense we gather that key staff simply feel worn down by the lack of enthusiasm of, or even opposition by, departmental leadership," Matz wrote in an email on Feb. 8. "For those who have been effective advocates within the department and agencies, it’s been a Sisyphean task internally of late and they’re getting tired of the uphill struggles, at a point when they should be feeling very positive and upbeat about the prospects."

Matz went on to lay out the political landscape for several monument possibilities, including three in California that "have been teed up for the President’s signature since December." When the Oregon refuge occupation ends, he wrote, the administration should move quickly to make them official.

"People were greatly pleased. Thanks for whatever role you played," Matz wrote later that month. Podesta, seemingly amused, responded, "Good one."

The exchange was released by WikiLeaks and allegedly hacked from the personal account of Podesta, who is chairman of Hillary Clinton’s campaign. It is the latest to illustrate how influential environmentalists consider Podesta to be when it comes to monument designations. Matz was not immediately available for comment this morning.

Obama’s White House counselor until early 2015, Podesta played a pivotal role in protecting land before he left the administration (Greenwire, Oct. 27). He was thus the recipient of requests from environmental groups.

In one newly released email, for example, Sierra Club Executive Director Michael Brune asked to meet to "talk Monuments (San Gabriels and others)" in February of 2014. Obama designated the San Gabriel Mountains National Monument in October of that year.

In his Feb. 8 email this year, Matz wrote that he understood Podesta keeps "involved in these matters on as regular a basis as your campaign duties permit." But he emphasized that he was not making any specific requests.

"I guess we’re hoping to be able to help constructively to make key people within the Administration feel less beleaguered, more energized on moving forward with these opportunities to cement a lasting legacy," Matz wrote.

‘It is imperative that she send the message’

Matz was also candid about the politics surrounding several monuments.

On the proposal to designate a Bears Ears monument in Utah, he wrote that House Natural Resources Chairman Rob Bishop (R-Utah) and Oversight and Government Reform Chairman Jason Chaffetz (R-Utah) won’t be able to push their legislative alternative through the Senate. Their aim, Matz wrote, is either to get it included in a land package or use it as a tool to criticize the Antiquities Act.

"Reps. Bishop and Chaffetz meet with Secretary Jewell this week," Matz wrote. "It is imperative that she send the message that a national monument is a very distinct possibility, which she has unfortunately not been very clear about previously and, in fact, has sent signals that these members of the Utah delegation interpret as a commitment not to proclaim a national monument."

Matz also touched on the outlook for an Owyhee Canyonlands monument in southeastern Oregon, which lost steam after the Malheur occupation. But the monument, he wrote, is "biologically very important."

"We recognize that Sen. Wyden is not the most popular member, and that it will take movement by him and Sen. Merkley to introduce a bill and be more forceful advocates, and we’re working on that," Matz wrote.