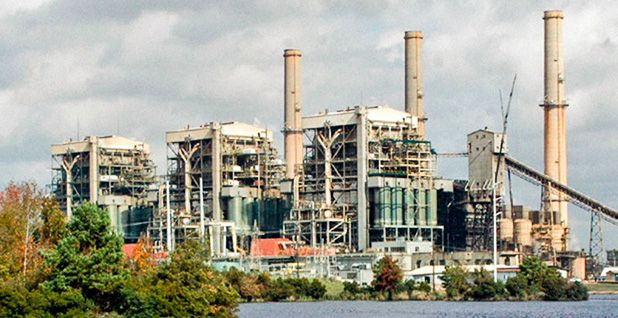 With the Trump administration’s backing, all three power generators had previously skirted Obama-era attempts to require additional pollution controls on those plants.

While total SO2 releases at the Independence plant rose last year, its average annual emissions rate decreased, thanks to the use of low-sulfur coal, said Kerri Case, a spokeswoman for Entergy’s Arkansas operations. The company’s White Bluff facility, also located in Arkansas, was the only plant in the top 10 where overall SO2 releases dropped last year; NOx emissions fell at both plants as Entergy installed new controls, Case said.

At Luminant, a branch of Vistra Energy Corp., spokeswoman Meranda Cohn said the Martin Lake plant complies with all of its permits. SO2 emissions should decline significantly in the next few years as the company shifts from locally mined lignite to low-sulfur coal from Wyoming’s Powder River Basin as a fuel source, she said.

But since mid-2017, the opposite appears to have happened, said Dan Cohan, an associate professor of environmental engineering at Rice University. Luminant’s Martin Lake plant’s SO2 emissions rate shot up and has remained high, according to the EPA numbers, quietly posted on an agency website earlier this month.

Luminant’s Cohn didn’t respond to follow-up queries asking for the respective amounts of lignite and Powder River Basin coal burned in 2017 and 2018 at the Martin Lake plant. She also did not say when Luminant plans to complete the transition to Wyoming coal.

But under President Trump, EPA has been loath to take any steps that would further imperil coal’s use as a fuel source. That attitude has been strikingly evident in the agency’s handling of its regional haze program, which aims to improve visibility in national parks and wilderness areas.

In 2016, moreover, EPA had declared parts of two counties around the Martin Lake site in nonattainment with the agency’s 75 ppb sulfur dioxide standard. In a proposed rule issued last month, agency officials branded that decision a mistake and said the area should instead be deemed "unclassifiable," a step that would take the onus off Texas regulators to come up with a cleanup plan for the plant.

At many of the nation’s top-polluting power plants, emissions of sulfur dioxide (SO2) and nitrogen oxides (NOx) increased last year in comparison with 2017, according to recently released EPA data. Source: EPA