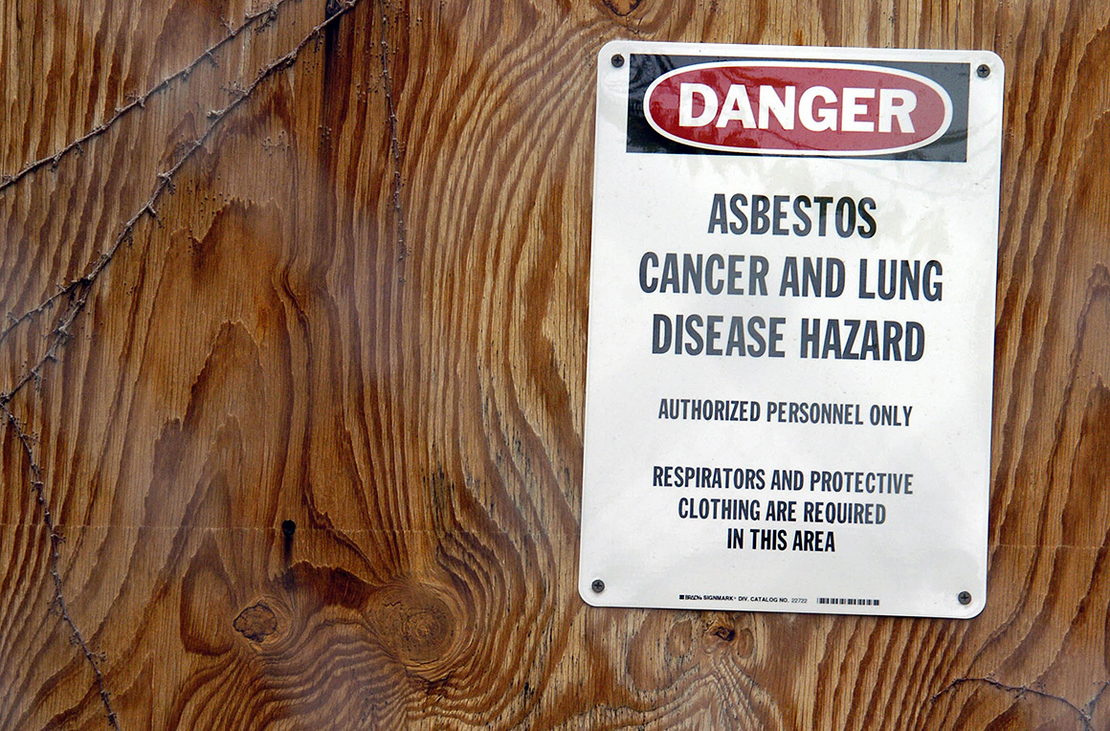 A sign warning of asbestos hanging on the outside of the former Camelot Hotel along Interstate 44 in Tulsa, Okla. AP Photo/Tulsa World, Tom Gilbert

EPA is ramping up its crackdown on one of the world’s most notorious carcinogens following decades of pressure from advocates.

In an announcement this afternoon, EPA said it is proposing a rule requiring comprehensive reporting on asbestos, mandating that manufacturers and processors report use and exposure information to the agency. That will include articles that contain asbestos as an impurity or contaminant, like talc products.

“Strong data and the best available science are the foundation of our work to protect communities from hazardous chemicals like asbestos,” Assistant Administrator for the Office of Chemical Safety and Pollution Prevention Michal Freedhoff said in a statement. “Getting a more comprehensive and complete set of data on how and where this chemical is used is part of EPA’s broader effort to evaluate the health risks from asbestos and, when needed, put protections in place.”

The data the agency collects will be used to shape future rulemaking decisions in addition to its ongoing second risk evaluation for legacy uses of asbestos under the Toxic Substances Control Act. Information that will be given to EPA includes exposure-related data and quantities of asbestos that have been manufactured or processed, along with employee data and types of use.

That new reporting requirement comes after a landmark settlement between EPA and the Asbestos Disease Awareness Organization after a three-year legal fight that ended last summer with the agency agreeing to propose the rule (Greenwire, June 8, 2021).

EPA’s announcement marks the latest turn in a long-running saga. Asbestos is among the most well-known carcinogens in the world, but efforts to ban the naturally occurring mineral have met with failure throughout U.S. history. Advocates often pointed to asbestos as the “poster child” for chemicals policy failure for decades, and it ultimately served as a major rallying cry for overhauling TSCA in 2016 (Greenwire, March 12, 2021).

But the Trump administration faced significant litigation over its approach to the asbestos assessment under TSCA, a problem inherited by President Joe Biden when he took office. Under a court order, EPA released the first asbestos assessment as a “part one” evaluation and indicated a second part would follow. Last month, the agency said it would ban the most common type of asbestos, chrysotile, along with products that contain it (Greenwire, April 5).

In a statement responding to EPA’s announcement this afternoon, ADAO President Linda Reinstein praised the move and expressed hope that it would help to safeguard public health.