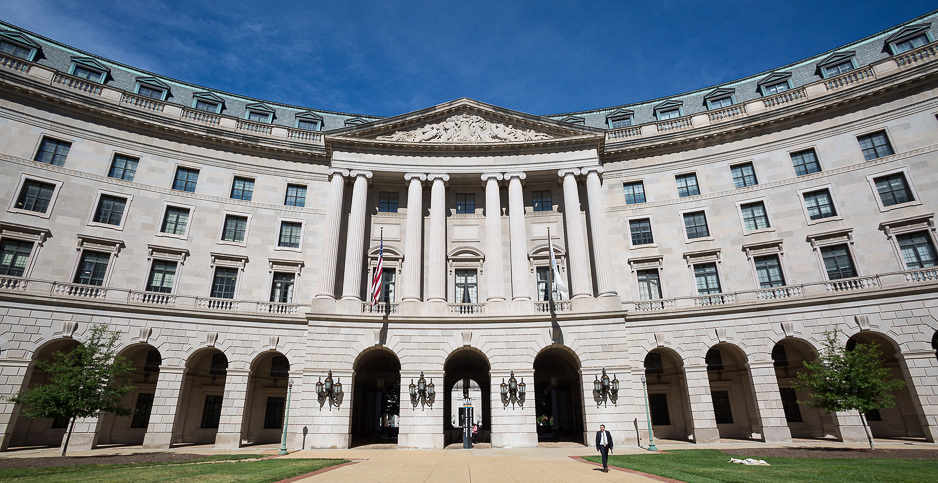 For the first time in three decades, EPA is poised to expand — albeit only by one — its roster of regulated hazardous air pollutants linked to cancer, birth defects and other serious ailments.

The White House regulations office last week finished a review of EPA’s final decision on two Obama-era petitions to put n-propyl bromide on the list, a step that could eventually lead to emissions limits on the solvent, used by dry cleaners and a host of other businesses.

While that decision hasn’t yet been made official, acting EPA air chief Anne Idsal told the Halogenated Solvents Industry Alliance Inc. last August that a notice granting its petition to list the chemical would be out "shortly" in the Federal Register.

In a statement today, an EPA spokeswoman did not detail why that step has seemingly taken much longer than expected or say when it will happen, but said that the air office "has been diligently completing analysis for this novel action while also finalizing a number of other actions with court-ordered and statutory deadlines."

The alliance provided E&E News with a copy of Idsal’s letter, which has not been previously reported.

The industry group had filed its request in 2010, citing evidence that n-propyl bromide (nPB) caused cancer in animals and saying that it was being "aggressively marketed as an unregulated alternative" to products made by its members. The next year, the New York Department of Environmental Conservation followed suit with its own petition, accompanied by a warning that the chemical’s use was growing by 10% to 15% annually.

Congress had created the roster of almost 190 hazardous air pollutants in the Clean Air Act Amendments of 1990, accompanied by a requirement that EPA set emissions standards for polluters based on available control technologies. Other toxics on the list include mercury, benzene and ethylene oxide. Although several substances have since been dropped from that lineup, none has ever been permanently added.

Under the act, EPA was supposed to address the group’s petition within 18 months after deeming it complete. The agency launched its review only in 2015 after being threatened with a lawsuit (Greenwire, March 26, 2015).

President Obama was preparing to leave office in January 2017 when EPA formally proposed adding nPB to the hazardous pollutant roster. Another 33 months elapsed before Idsal informed the solvents alliance and the New York Department of Environmental Conservation that the agency planned to follow through.

"It’s good news, but it’s depressing to think how long that this has taken," Adam Finkel, an environmental health sciences professor at the University of Michigan’s School of Public Health, said in a phone interview this morning.

Finkel once served as director of health standards at the Occupational Safety and Health Administration. In written comments last year on a parallel regulatory proceeding under the Toxic Substances Control Act, he called it "inexplicable" that EPA for almost a decade has not acknowledged that n-propyl bromide "is a known rodent carcinogen and a known human and animal neurotoxin" and must thus be classified as a hazardous air pollutant.

The planned listing has the backing of environmental groups as well as organizations like the California Air Resources Board (CARB) and Northeast States for Coordinated Air Use Management, a Boston-based group of state air regulators.

Under California’s Safe Drinking Water and Toxic Enforcement Act, n-propyl bromide is already deemed a carcinogen and reproductive toxicant, Elizabeth Yura, a CARB branch chief, wrote in a 2017 filing included in the regulatory docket. "Identifying this compound as a hazardous air pollutant will help our efforts in reducing the potential exposures," Yura said.

The chemical is also known as 1-bromopropane. Opposed to the planned listing are companies that make it. In its comments submitted three years ago, ICL Industrial Products, based in West Virginia, questioned some of the evidence of nPB’s health harms and said that further regulatory measures, such as adding it to the hazardous pollutants list, were not justified.

In a separate filing, the chief executive officer of Illinois-based Enviro Tech International Inc. also questioned the petitioners’ claims that reliance on nPB was climbing rapidly.

The solvents alliance and the New York environmental agency "provide no evidence that nPB solvent use is growing at all within the U.S.," Richard Morford wrote, also in 2017. "In fact, nPB use in the U.S. has been fairly static for the last eight years."