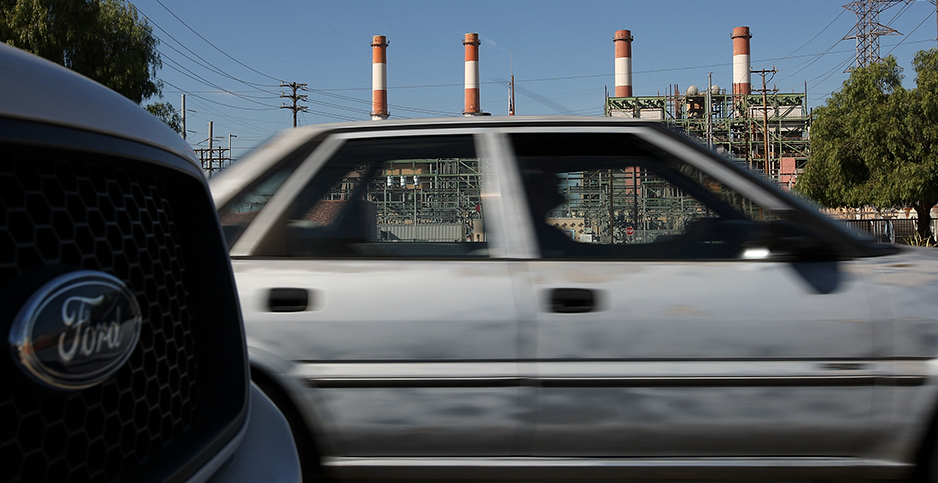 An influential EPA advisory panel appears poised to recommend tightening both the agency’s long-term and daily exposure standards for airborne soot, a step that could ultimately save thousands of lives but also pose added compliance costs and tougher permitting requirements for industry.

EPA Administrator Michael Regan plans to make a final decision on any changes by spring 2023. The outcome is almost certain to rank among the most far-reaching Clean Air Act moves of his tenure at the agency.

Yesterday in a conclusion to six days of virtual meetings this fall, most members of the Clean Air Scientific Advisory Committee Particulate Matter Panel signaled support for cutting the yearly standard by as much as one-third, according to an informal poll taken by the panel’s chair, Lianne Sheppard, a University of Washington biostatistics professor.

Backing for a reduction to the daily exposure limit was less decisive, but the bulk of the panel’s 22 members who responded to Sheppard’s headcount favored a similarly sharp reduction to the status quo. The advisers will now firm up their views in writing before the panel next meets early next year.

In a draft assessment, EPA career employees concluded that the scientific evidence warrants a cut to the annual soot standard, but they were less certain on the need to reduce the daily threshold (E&E News PM, Oct. 8).

But at the panel’s kickoff meeting two months ago, Regan urged members to take account of pollution’s often disproportionate burden on people of color, a stance that could be seen as a summons to set the limits as strictly as the science warrants (E&E News PM, Oct. 14).

Under the Clean Air Act, soot is one of a half-dozen pollutants subject to National Ambient Air Quality Standards (NAAQS) that EPA must periodically reassess to determine whether they remain adequate to protect public health and the environment based on the latest research into their effects.

While that category includes so-called coarse particulate matter, the panel has focused almost exclusively on the fine particles that are technically known as PM2.5 because they are no bigger than 2.5 microns, or one-thirtieth the width of a human hair.

Researchers have tied inhalation of those tiny specks to a wide range of lung and cardiovascular problems, with some evidence showing a more tentative link to neurological diseases like Alzheimer’s. As is true for other common pollutants, average airborne soot concentrations have dropped sharply around the United States in recent decades, but scientists are also finding that exposure harms human health at lower levels than once thought. Direct and indirect sources range from coal-fired power plants to diesel-fueled trucks to wood stoves.

“The recommendations this committee makes to EPA have the potential to quite literally be lifesaving for many Americans,” David Hill, a Connecticut pulmonologist speaking on behalf of the American Lung Association, told advisory panel members during a public feedback session last month.

Under the Clean Air Act, reinforced by a 2001 Supreme Court decision, EPA and the panel cannot consider the possible compliance expense of stronger standards.

But “as a practical matter, it is important that the CASAC recognize the potential direct and indirect economic impacts that can accompany more stringent NAAQS requirements,” Chad Whiteman, vice president for environment and regulatory affairs at the U.S. Chamber of Commerce’s Global Energy Institute, said during the same session. Even in areas that already meet the existing limits, Whiteman said, compliance issues have “the potential to adversely affect jobs, business investment and permitting in a broad range of important economic sectors and activities.”

EPA last tightened the annual standard in 2012 from 15 micrograms per cubic meter of air to 12. At the time, an agency forecast the maximum annual compliance cost at $350 million but predicted that the potential health benefits would amount to at least $3.3 billion and possibly much more. The daily standard of 35 micrograms per cubic meter of air was set in 2006. About 21 million people — most of them in California — live in areas that are flunking the current standards, according to EPA.

At yesterday’s meeting, most of the panel’s members agreed that the annual standard should be cut to somewhere between 8 and 10 micrograms per cubic meter. A smaller number also endorsed a reduction in the daily exposure threshold to a range between 25 and 30 micrograms. That survey happened late in the day, and some members had already left the meeting, according to Sheppard.

"We will obviously have to vet this more when we have the full committee," she said. In arguing for a stricter daily standard, George Allen, chief scientist for a Boston-based group of Northeastern air pollution regulators, said the 35 micrograms limit is "really not very protective of smaller towns or small cities where there’s a lot of residential wood smoke."

Most of the review panel members are university-based researchers. They were appointed earlier this year after Regan opted to replace most of the seven members of the core Clean Air Scientific Advisory Committee and then add 15 more advisers to provide a broader range of know-how to the review (Greenwire, June 17).

Regan framed his decision as a fresh start in the wake of the Trump administration’s handling of an earlier review of the soot standards that ended late last year with a decision to keep the existing limits, notwithstanding the career staff’s conclusion that the annual limit was effectively contributing to thousands of premature deaths each year. While Regan is not bound to accept the committee’s recommendations, he must explain his reasons for diverging from them.