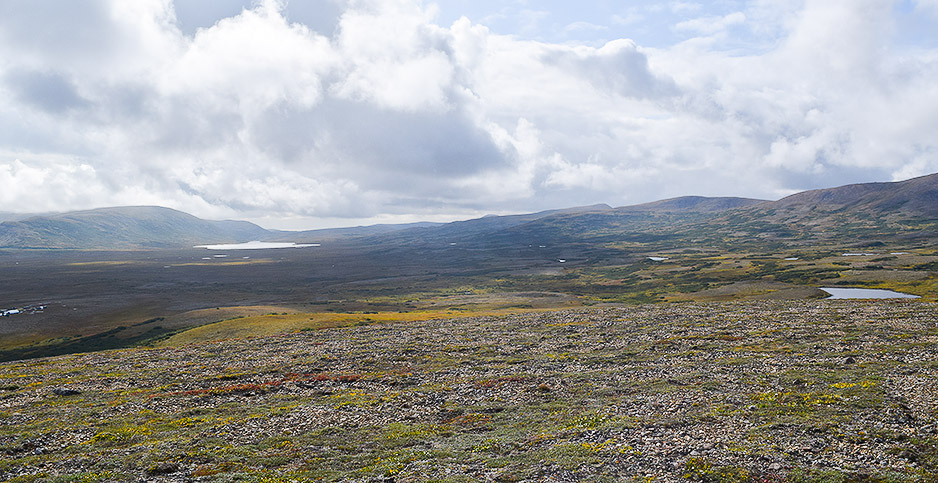 At an interagency meeting in Alaska last month, EPA poked holes in the data used in the Army Corps of Engineers’ Pebble mine environmental review and questioned the transparency of the process, according to meeting minutes obtained by E&E News.

EPA was critical of the Army Corps Alaska District’s previous draft environmental review of the proposed gold and copper mine. EPA said the draft underpredicted impacts to Bristol Bay, a top salmon fishery located downstream from the mine site (Greenwire, July 8, 2019).

But EPA continued to raise questions about the quality of data in the PFEIS, according to minutes of the March interagency meeting supplied to E&E News by a source with knowledge of the process.

Among EPA’s concerns is whether all the streams at the mine site were sampled for fish and wetland analyses. EPA also questioned the viability of the mine’s water treatment proposal and the Army Corps’ choice to exclude the public from providing input on its compensatory mitigation plan.

The EIS is one of mining company Pebble LP’s last hurdles to obtaining a federal permit to access the world’s largest remaining deposit of gold and copper. The Army Corps plans to release the EIS this summer and issue a permitting decision at least a month later. EPA can decide whether to veto the permit if the Army Corps grants it.

EPA questioned the stream data because the Army Corps and its engineering contractor AECOM could not confirm at the meeting that the PFEIS took all streams at the mine site into account, according to the notes.

"EPA added that they should identify streams that were not sampled and explain why," the notes say.

EPA had gripes with the previous draft’s stream data, too. AECOM said this iteration was an improvement, but the company wasn’t sure it was comprehensive.

"AECOM noted it has not been determined there are streams at the mine site that have not been surveyed for fish," the notes read. "AECOM is reviewing."

The Army Corps and EPA declined to comment for this story. AECOM did not respond to a request for comment.

Water treatment continued to be a source of contention. EPA criticized the draft EIS’s water management plan last year, saying the proposed plants could not treat the amount of process water generated by the mine.

The meeting minutes show EPA still does not believe the water treatment plan is "viable at the proposed Pebble scale."

A water management pond at the mine would have enough storage for up to three years to allow for changes to water treatment.

The EIS doesn’t address whether the necessary upgrades would be possible during that three-year window. If the EIS moves forward with water treatment uncertainties, EPA said, the document should lay out potential consequences.

"EPA asked the USACE if they are comfortable moving forward with FEIS with this technical uncertainty about water treatment? USACE replied yes," the notes say.

In an email, Pebble spokesman Mike Heatwole said water treatment has been thoroughly vetted throughout the process.

"Water treatment plants have built in redundancy to further allow for flexibility in operations," he said. "Each plant has individual trains within them that are at a scale that has been proven."

The Pebble mine would disrupt more than 3,500 acres of wetlands at its site about 200 miles southwest of Anchorage.

Under the Clean Water Act, the Army Corps must develop a compensatory mitigation plan to ensure the damage to those wetlands is offset by preserving or restoring others in the same watershed.

Last year’s draft EIS indicated Pebble’s mitigation planning was tricky because development is so scarce in the region that wetlands have little to no degradation.

EPA said the compensatory mitigation plan in the PFEIS is "very high level and does not include much detail," according to the meeting notes.

It would be more appropriate, the Army Corps said at the meeting, to include a more thorough mitigation plan in the permitting decision rather than the environmental review.

The Army Corps also chose not to allow the public to weigh in on the mitigation plan, the notes say. EPA and Curyung Tribal Council, a cooperating agency that attended the meetings, questioned that decision.

"USACE noted that they are following the standard process which does not solicit input and they will not do it with this project," the notes say.

Heatwole said the compensatory mitigation plan that Pebble proposed got input from stakeholders in Lake and Peninsula Borough; the Alaska Native Tribal Health Consortium; and the nearby communities of Nondalton, Kokhanok and Newhalen.

"All are supportive of our approach and have provided important input, especially those communities that would benefit from upgrading their water and sewer systems," Heatwole said in an email.

Last year, the Army Corps allowed an oil company to trade destruction of almost 300 acres of Alaskan wetlands for fixing a sewage system in a nearby village. Clean Water Act experts called the legality of the agreement into question (Greenwire, Feb. 6).