EPA waits — and waits and waits — for a science nominee 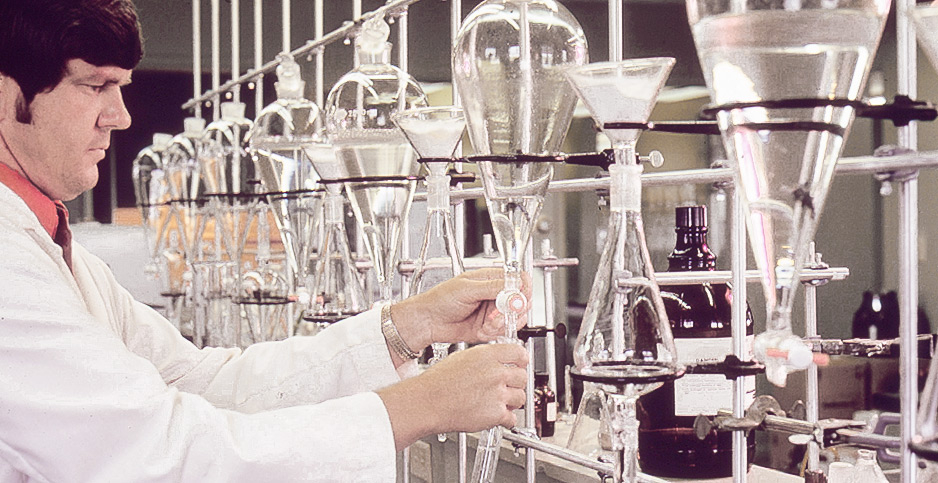 Nine years and counting. That’s how long EPA has been waiting for a Senate-confirmed leader for its science office.

And President Biden has not yet announced a nominee for assistant administrator for research and development at EPA, leaving many observers apprehensive. The job, leading the research office of the country’s premier environmental health agency, has a key role to play as the Biden administration seeks to bolster science in the federal government.

Under the Biden administration, top officials for the agency’s program offices dealing with chemicals and water have been confirmed by the Senate along with its administrator and deputy head. Nominees to lead EPA’s enforcement, legal, international and tribal affairs, and solid waste offices have also been sent for consideration.

Former EPA officials have grown anxious as the agency still lacks a nominee to lead its Office of Research and Development. They conceded this particular EPA nominee typically comes late for a new administration, but given Biden’s heralding of science, they hoped a nominee would have been announced by now.

“I would have liked him to have done so because it would have signaled the importance of science in his administration,” Bernie Goldstein, who was EPA’s assistant administrator for research and development during the Reagan administration, told E&E News. “The head of ORD has always been very late coming in for an incoming administration.”

Tom Burke, who served as EPA’s science adviser under the Obama administration, said, “This is a challenging position, but it’s disappointing.

“Science is the backbone of the agency,” Burke told E&E News. “I really hope this is high on the agenda.”

Several people, including Burke and Goldstein, interviewed for this story did note the Biden administration has a high-level political appointee in EPA’s research office — Chris Frey, deputy assistant administrator for science policy.

Frey, a professor at North Carolina State University before coming to EPA, has served on several of the agency’s science advisory committees. A vocal critic of the Trump EPA, Frey was part of the agency’s review panel on particulate matter air quality standards that was dismissed in 2018 by then-Administrator Andrew Wheeler.

He may be in line for a promotion. Frey is considered a contender to be Biden’s nominee for the research assistant administrator position at EPA, sources told E&E News.

“That’s a decision for the White House, and I don’t have really more to say on that,” Frey told E&E News when asked about the job.

Meanwhile, many are watching for Biden’s nominee to lead EPA’s science office.

“My hope is they’re doing due diligence and finding the right candidate. We do need to have a Senate-confirmed head of ORD ASAP,” Genna Reed, a senior analyst in the Center for Science and Democracy at the Union of Concerned Scientists, told E&E News.

“ORD is traditionally the last slot that gets filled at EPA. It is getting on now, though,” Linda Birnbaum, former director of the National Institute of Environmental Health Sciences, told E&E News. “It seems longer than anyone would like.”

The ‘Office of Rigorous Decisions’

EPA’s ORD is the scientific arm of the agency, providing the research behind its environmental and public health protections. It has offices and centers in 10 facilities across the country and also manages EPA’s regional laboratories, according to the agency’s website.

In fiscal 2021, ORD has approximately 1,516 full-time equivalents, said Carroll with EPA, essentially the office’s number of employees. Its total budget for that year is roughly $526 million.

“There is no office within the EPA more cross-cutting and essential to the mission of the agency than ORD,” Paul Anastas, EPA’s last Senate-confirmed assistant administrator for research and development who left the agency in 2012, told E&E News. “ORD could be renamed ‘Office of Rigorous Decisions’ because the science and scientific analyses produced by ORD is fundamental to virtually all decisions made by EPA.”

As part of the interview process for his nomination, Burke remembers being asked by then-Administrator Gina McCarthy what was he afraid of.

Burke, now a professor at Johns Hopkins Bloomberg School of Public Health, said the job requires a wide skill set, including someone who can manage an enormous research program as well as testify on Capitol Hill and go toe-to-toe with trade associations challenging EPA’s science.

“In a lot of ways, this may be the toughest nominee to find and vet and appoint,” Burke said. “You have to like the joust.”

During his term in office, former President Trump never nominated someone to be head of EPA’s research office. Former agency officials took that as disregard by the last administration for the agency’s science.

“ORD was essentially a neglected child,” Dan Costa, the former director of EPA’s air, climate and energy research program, based in its research office, told E&E News. “It received stable funding only because Congress wanted it to. The Trump administration wanted to cut off its blood supply.”

“As you know, the Trump personnel operation was a mess for the first three years,” said Ebell, director of the Competitive Enterprise Institute’s Center for Energy and Environment. “That was a general factor, but I don’t know what the particular problems were with ORD.”

While no one was nominated to lead EPA’s research office, senior Trump appointees like Richard Yamada and later David Dunlap served in that office.

Mandy Gunasekara told E&E News that when she came on board in March 2020 as the Trump EPA’s chief of staff, the Senate nomination process was at a stalemate because of the dispute over the renewable fuel standard.

“Additionally, I had known the top career deputy who was serving as the acting head during my previous tenure in the air office,” Gunasekara said. “I knew she was more than capable of carrying out the leadership responsibilities of ORD — which she did.”

Jennifer Orme-Zavaleta was that top career official in the research office. She will retire from EPA at the end of this month after serving 40 years at the agency.

Orme-Zavaleta’s experience during the last administration was at times awkward. In an interview with E&E News, she said she thought Trump actions like EPA’s “secret science” rule were unnecessary. That measure could have limited EPA’s use of public health studies and has since been tossed in court (Greenwire, July 21).

The Biden EPA has already reversed other decisions surrounding science by its predecessor, including firing members of the agency’s Science Advisory Board and Clean Air Scientific Advisory Committee to restart the appointment process dumping a prior review of the “forever chemical” PFBS.

Former EPA officials praised Orme-Zavaleta and career staff for their service but added a Senate-confirmed leader, with the weight of a president’s backing, is needed to head the research office.

“One has to have someone at the same level as the heads of the policy offices who is able to knock on the door or knock down the door to make sure they get the science right in the policy,” said Goldstein, a health scientist.

“I think ORD would benefit a lot from having a confirmed AA,” George Gray, who served in that role during the George W. Bush administration, told E&E News, adding they “have more of a presence in the agency and the administration.”

Further, the office has seen a number of staff leave in recent years. EPA had a net loss of more than 600 scientists between fiscal 2016 and 2020, including 185 from the research office, according to a report by the Union of Concerned Scientists.

Administrator Michael Regan has said he wants to replenish EPA staff, and Biden’s fiscal 2022 budget proposal would boost agency funds by roughly 21%, to $11.2 billion. Since Jan. 20, EPA has hired 181 scientists, including 29 at ORD, according to Carroll, the EPA spokesman.

“There is a gap in the number of scientists at the agency that need to be filled,” Reed said. “There is a lot of work that needs to be done to make sure that EPA’s science is in service of everyone, particularly communities of color and of low income to address environmental injustices.”

Regarding who is picked to lead EPA’s research office, Goldstein said the agency needs someone who is well-versed in many of the scientific fields the agency uses to craft its regulations.

“This person will represent the EPA’s scientific credibility to the outside scientific community,” Goldstein said.

Sean Reilly contributed to this report.