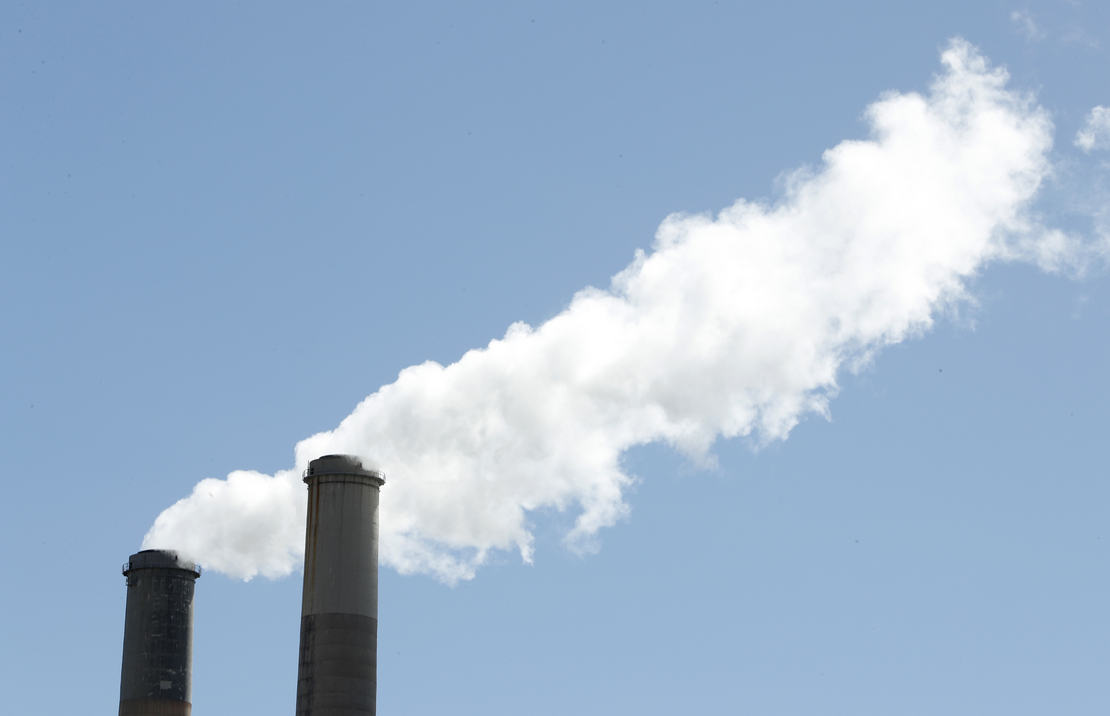 To the chagrin of environmental groups, the Biden administration is endorsing a Trump-era decision regarding major Mountain West polluters, even as they continue to belch thousands of tons of pollution linked to clouded vistas at the Grand Canyon and other federal landmarks across three states.

Under an EPA plan finalized in 2016 after years of wrangling, two coal-fired PacifiCorp plants, both located in central Utah, were ordered to slash haze-forming emissions. But then, that plan was short-circuited under former President Donald Trump.

Now, Biden’s EPA is backing that controversial decision despite ongoing pollution concerns at the Hunter and Huntington facilities.

“I’m not going to say we’re disappointed, I’m going to say we’re furious,” said Gloria Smith, a managing attorney for the Sierra Club, part of a coalition at odds with the administration in litigation playing out before the 10th U.S. Circuit Court of Appeals. “It’s just inexplicable.”

In a brief filed earlier this year, the coalition dubbed the Biden EPA stance irrational and asked the 10th Circuit to scrap it. Lawyers for EPA countered that the decision was “well reasoned,” based largely on air quality modeling data assembled by PacifiCorp, the Oregon-based power producer that’s part of investor Warren Buffett’s Berkshire Hathaway Energy Co. conglomerate. Oral arguments have yet to be scheduled in this case; a resolution is unlikely before next year.

The impasse underscores EPA’s heretofore unsteady progress in further cutting power plant pollution, although critics acknowledge that other upcoming Clean Air Act regulations could add momentum. It also highlights the continued intensity of fights over the future of individual coal-fired plants under the agency’s program to combat “regional haze” at parks and wilderness areas.

If the driving force behind those clashes was once the cost of added pollution control technology, another factor is increasingly in the mix: Utilities don’t want to retool coal-fired plants that they eventually plan to close or convert to run on natural gas.

In Arkansas, state-elected leaders allied with Entergy Corp. beat back an Obama-era plan to cut emissions at two of the nation’s dirtiest generating facilities (Greenwire, Sept. 27, 2019). Instead, in a separate settlement inked last year with the Sierra Club, New Orleans-based Entergy agreed to end coal use at the plants by 2030 (E&E News PM, March 11, 2021).

But in Utah, PacifiCorp currently intends to keep the Huntington and Hunter plants in operation until 2036 and 2042, respectively, and the battle over the scope of haze reduction requirements has been particularly impassioned.

Utah is home to national parks like Zion and Canyonlands in so-called red rock country. In the 2016 plan, EPA concluded that the plants’ releases of nitrogen oxides were marring views in both of those parks, the Grand Canyon and five other parks, as well as the Flat Tops Wilderness Area in Colorado that collectively attract millions of visitors each year.

The Clean Air Act “requires that such sources install and operate controls to limit visibility impairing pollutants,” according to the plan, which was projected to cut annual nitrogen oxides releases from the two plants by almost 10,000 tons — or more than 75 percent by one group’s count (Greenwire, June 2, 2016).”In this instance there are very cost-effective controls available for these units, which will operate for many years into the future.”

PacifiCorp and Utah officials saw it differently. They argued that the price tag for upgrading NOx controls would be as much as $700 million, with no perceptible gains in visibility. Instead, the company and the Utah Department of Environmental Quality advanced an alternative that factored in emission reductions stemming from another coal-fired plant’s retirement in 2015.

Nationally, the haze initiative emerged decades ago out of congressional alarm at power plant pollution contributing to atmospheric murk in cherished landscapes. In a government that tends to focus no further ahead than the next election, the Clean Air Act program has an unusually expansive timeline, with a goal of restoring natural visibility to 156 parks and wilderness areas by 2064. As a regulatory tactic, however, it can resemble trench warfare.

Scrutinizing older coal-fired plants one by one, state and federal regulators study their emissions and tap complex air quality modeling data to gauge the impact on haze formation. If found to be impeding long-term progress toward clearer skies, those facilities typically have to retool with newer control technology or else face the possibility of shutting down. The National Parks Conservation Association credits the program with helping to spur the retirements of generating units at more than two dozen plants (Climatewire, Jan. 24). When EPA and White House officials last year huddled to plot strategy for curbing power-sector pollution, haze regulations were among the “building blocks,” records indicate (Greenwire, Oct. 24).

But the program has also become a target for Republican members of Congress and state officials who complain of federal overreach in pursuit of an aesthetic frill (Greenwire, March 23, 2016). Among the GOP critics was Scott Pruitt, who served as EPA’s first chief under Trump and had previously waged an unsuccessful legal fight against federal haze regulations for Oklahoma while serving as the state’s attorney general.

In mid-2017, Pruitt hand-delivered notification to then-Utah Gov. Gary Herbert (R) of the agency’s decision to reconsider the pollution control requirements for Hunter and Huntington (Greenwire, July 19, 2017). More than three years later, that reconsideration process ended with EPA approval of the state alternative it had previously rejected (Greenwire, Oct. 28, 2020).

The Sierra Club and three other groups then launched the 10th Circuit lawsuit early last year, one day before President Joe Biden assumed office. After taking the next 11 months to ponder its position, the administration last December signaled its determination to stand by the approval (Greenwire, Dec. 13, 2021).

In their brief, EPA attorneys disputed the challengers’ assertion that the decision amounted to a rollback. Rather, the state plan would make “greater reasonable progress” to clearing the air around the federal lands in question than the original EPA strategy, they wrote. Underpinning that claim was the PacifiCorp air quality modeling, which showed that the state’s approach yielded greater visibility benefits.

“This court should defer to EPA’s plain-language application of its regulation and its technical expertise,” they wrote. In an email, a spokesperson for EPA’s Denver-based regional office declined to comment further, citing the ongoing litigation.

The challengers accused Utah of relying on a regulatory sleight of hand by claiming credit for emissions reductions accrued through the 2015 plant closure and said that the visibility benefits shown by PacifiCorp’s modeling are so small as to be “essentially zero.” They have asked the 10th Circuit to reinstate the 2016 plan.

Meanwhile, overall power-sector releases of NOx and other common pollutants rose last year in comparison with 2020, according to EPA figures (Greenwire, Feb. 18). Hunter’s output of NOx, for example, jumped 19 percent to about 11,000 tons during that period; Huntington’s releases soared by more than one-third to approximately 6,600 tons. The Biden administration has attributed the unusual increases in part to a pandemic-related fluke; data for the first nine months of this year generally shows that emissions are again declining.

EPA is meanwhile haggling with states over a fresh round of haze reduction plans running into 2028; the agency has also proposed an updated “good neighbor” rule to further limit NOx emissions that contribute to downwind smog formation across state lines. That draft for the first time calls for covering industrial sources in Utah (Greenwire, March 11).

At the National Parks Conservation Association, which is also a plaintiff in the 10th Circuit litigation, Cory MacNulty agreed that the expanded good neighbor framework could ultimately cut the two plants’ releases. But that framework is still in its early stages of development, said MacNulty, the group’s associate director for the Southwest, who surmises that EPA is focusing on the future.

But as for the agency’s failure to achieve the reductions foreseen in its 2016 plan, she said: “We view that as an opportunity lost so far.”