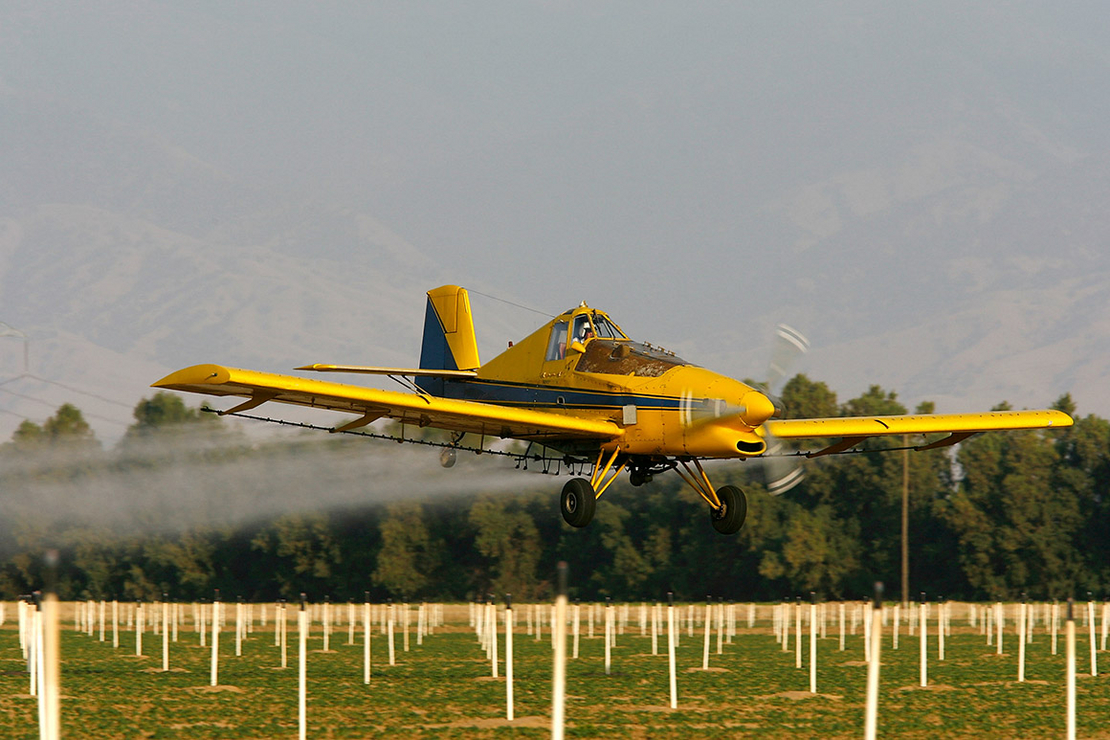 EPA said it won’t end aerial spraying of a common weedkiller, reversing a restriction the agency recommended during the Trump administration.

The move on the herbicide paraquat is an unusual example of Biden administration regulatory agencies taking a softer approach than the Trump administration, which built a reputation for easing environmental rules.

In the interim decision approving the continued use of paraquat, EPA said it would allow aerial spraying to continue, after all, based on new information provided by farm chemical manufacturers.

In use since 1964, paraquat may increase the risk of Parkinson’s disease in people exposed to it, according to some studies. It’s also fatal if ingested — an outcome that occurred when the weedkiller was illegally transferred into beverage containers. Opponents of paraquat, including the Center for Biological Diversity, pointed to its danger to farmworkers and noted that it’s been banned in Europe, China and Brazil.

“It’s extremely disappointing that the Biden EPA is reapproving this dangerous pesticide, which is outlawed across a lot of the world,” said Donley in a statement.

The interim registration decision issued yesterday allows EPA to move on to the next step in paraquat’s periodic regulatory review, an assessment of potential risks to wildlife. It follows a proposed interim decision announced late last year (Greenwire, Oct. 23, 2020).

EPA said information provided by a consortium of farm chemical companies known as the Agricultural Handler Exposure Task Force suggested that the agency had overestimated the potential risks to farmworkers and that measures short of a prohibition on aerial applications could address them.

"This prohibition is no longer warranted based on the new AHETF data," EPA said.

Farmers use paraquat on crops such as soybeans, cotton and corn to discourage Palmer amaranth and other weeds. It’s especially useful on weeds that have developed tolerance for the most widely used herbicide, glyphosate, farm groups say.

Some growers also use it as a drying agent on cotton, ahead of harvest. Most applications are from the ground, but sometimes farmers use paraquat dropped from airplanes to clear weeds from cotton fields before planting the crop, the Department of Agriculture told EPA in a written response to questions submitted for the review.

Environmental groups said paraquat use has risen sharply in the last 25 years, largely due to the falling effectiveness of glyphosate.

The Center for Biological Diversity, along with farmworker groups and other environmental organizations, had asked EPA in December 2019 to ban paraquat altogether, calling it "the most acutely lethal herbicide still in use today."

But EPA yesterday said new limits proposed since the change of administration, such as disallowing paraquat to be sprayed within 50 to 75 feet of residential areas, would address risks to workers. EPA also said aerial spraying would be limited to no more than 350 acres per applicator within a 24-hour period.

The agency called the decision, and the mitigation measures, part of a longer-term effort to protect workers while allowing for continued use of an important herbicide for which there are few alternatives. That effort includes a safety awareness campaign and updated label restrictions, EPA said.

And officials cast doubt on any potential link to Parkinson’s disease, saying studies have shown conflicting results. The Federal Insecticide, Fungicide and Rodenticide Act requires EPA to review such research.

"After a thorough review of the best available science, as required under FIFRA, EPA has not found a clear link between paraquat exposure from labeled uses and adverse health outcomes such as Parkinson’s disease and cancer," EPA said.

Paraquat’s danger if swallowed isn’t in dispute; the manufacturer Syngenta — a member of the Agricultural Handler Exposure Task Force — adds an ingredient called an emetic, which induces vomiting, to reduce the risk. That in itself has been controversial, with disagreements about how much should be added.

EPA’s initial discussion of banning aerial use of paraquat led to a backlash from farm interests. The American Farm Bureau Federation said earlier this year that farmers often need to apply it aerially in late fall, when weather conditions may preclude use of tractors in fields.

"Corn farmers kept out of the field due to inclement weather often have to watch their crop overrun with morning glories which can severely hinder harvest," Cahoon said in a letter submitted to the agency. "There is nothing worse than spending one’s time producing a crop only to abandon it just prior to harvest."