EPA Chief of Staff Ryan Jackson heads for the exit 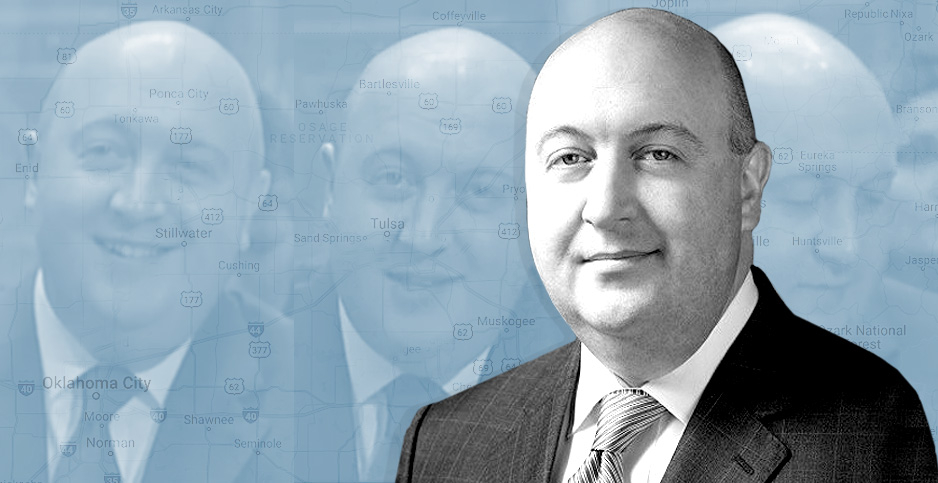 Ryan Jackson, one of the Trump EPA’s most powerful players behind the scenes, is joining a prominent mining trade group.

Jackson, who served as chief of staff to two EPA administrators, will leave the agency after three years there to join the National Mining Association.

"Mr. Jackson’s in-depth knowledge of the issues and nearly 20 years of working in the U.S. Senate demonstrate a reputation for persistence, integrity, working in a bipartisan fashion and, as one recent story noted, ‘unsticking things that are permanently stuck,’" said Ashley Burke, an NMA spokeswoman.

"These are all attributes that will serve our members well, and we look forward to him joining the association," Burke said. "Due to his recent position within the administration, he will be restricted from lobbying the administration for a period of five years, and his sole focus will be on congressional advocacy."

Jackson referred E&E News to NMA when contacted for this story. EPA press officials didn’t respond to a request for comment.

Politico was first to report Jackson’s upcoming job shift from EPA to NMA.

Jackson’s interactions with EPA will be limited somewhat since he signed President Trump’s ethics pledge, which was obtained by E&E News under the Freedom of Information Act.

Under the pledge, he cannot engage in "lobbying activities" with respect to EPA within five years of leaving, nor with covered officials or noncareer Senior Executive Service appointees for the remainder of the Trump administration.

Those "lobbying activities" are narrowly defined under the pledge, however, and do not include court proceedings, criminal or civil law enforcement actions and agency rulemaking, according to the president’s executive order.

Jackson is familiar with NMA too.

In August 2017, mining executives from across the country met with the EPA chief of staff at agency headquarters. The mining trade group had made reversing Obama-era mining rules a top lobbying priority.

They were successful, and Jackson made sure NMA knew it. The day the decision was announced, he emailed a copy of the press release to NMA’s top lobbyist, Rich Nolan, "per our conversation."

NMA is coming off its own transition. Last year, Nolan was named the group’s president and CEO after the retirement of Hal Quinn.

Jackson has been an omnipresent figure at EPA under the Trump administration.

He was part of Scott Pruitt’s confirmation team, acting as a Senate guide for the president’s first EPA administrator. Then joining EPA as chief of staff under Pruitt, Jackson was seen as either the enabler or fall guy for Pruitt’s ethics troubles.

During Pruitt’s tenure, internal records show, Jackson had a role in some of the administrator’s more controversial moves, including having a 24/7 personal security detail and working against the White House’s wishes to award substantial pay raises to close aides.

Jackson also was often in touch with Steven Hart, a lobbyist with business before the agency who was tied to a Capitol Hill condo that Pruitt rented. Hart emailed Jackson about potential staff hires and meetings involving EPA.

"I have a PhD in cluster," Jackson said in an email to Hart uncovered by the Sierra Club’s FOIA litigation against EPA.

Pruitt’s stay in the condo linked to Hart led to a swell of withering national press attention and his resignation from the agency in July 2018.

Jackson’s interactions with advocates like Hart were common at EPA. Lobbyists and lawyers saw the chief of staff as an entryway to the agency and as someone with sway who could weigh in on EPA’s regulations and enforcement cases (Greenwire, Nov. 15, 2019).

Another episode during Pruitt’s tenure has dogged Jackson and ultimately led to a confrontation with EPA’s inspector general.

In 2017, Pruitt decided not to renew a number of advisers who were serving on EPA’s Board of Scientific Counselors. The board’s then chairwoman, Deborah Swackhamer, was invited by Democrats to testify at a House hearing.

Jackson, worried about what Swackhamer would say, reached out to the science adviser. He also obtained an advance copy of her congressional testimony, and he refused to tell the IG office who gave it to him — an incident cited in then-acting EPA IG Charles Sheehan’s "seven day letter" that took aim at Jackson.

Emails capture Jackson’s frustration with the inspector general but also the demands of his job, requiring him to keep track of EPA’s various machinations at all times.

"I mean the [administrator’s office] just complicates everyone’s jobs anyway, right? Just kind of an annoyance," Jackson said after noting officials failed to inform him of Swackhamer’s plans to testify, adding, "my job is to manage staff whether its employees, contractors, or volunteer FACA members, and if I have a good reason to believe they are purposefully doing something they know to be incorrect my job is to try to correct that. And that’s what I tried to do in this case."

The IG office also pushed for Jackson to be interviewed in a separate investigation, but Jackson initially refused to do so. That episode was described in the EPA watchdog’s seven day letter too.

Jackson has since sat for that interview with the IG’s agents. He told E&E News the meeting was about "personnel issues" but didn’t divulge further details (Greenwire, Jan. 28).

"Just to be candid with you, I just wanted it to be over with," Jackson said about agreeing to the interview.

Jackson never disclosed who gave him an advance copy of Swackhamer’s testimony, which was blasted in a separate IG report.

Jackson has had other big jobs so far in his career.

Prior to coming to EPA, he was staff director of the Senate Environment and Public Works Committee with responsibility for nearly 50 staffers and a two-year $10.4 million budget, according to his resume. In addition, he was chief of staff in the personal office of Sen. Jim Inhofe (R-Okla.), managing 35 employees in Washington and four Oklahoma offices with a $3.2 million budget.

Chief of staff for EPA, however, was Jackson’s biggest job yet. The agency has roughly 14,000 employees and about $9 billion in annual funding.

Inhofe has been a mentor of Jackson, who was a longtime aide to the senator. In the late 1990s, Jackson, an Oklahoma native, was a constituent and field representative for the senator in his Oklahoma City office and held other posts for Inhofe until he came to EPA.

Working for Inhofe tied Jackson to his current boss, EPA Administrator Andrew Wheeler. Wheeler was also an aide to the Oklahoma senator for 14 years, with stints including as staff director and chief counsel for the EPW panel when Inhofe was chairman.

Jackson helped bring Wheeler aboard at the Trump EPA. In November 2017, the two discussed Wheeler’s confirmation process for deputy administrator — and Jackson showed a flash of his dry sense of humor.

"Glad you hate making money," Jackson said in an email.

Whether it was Senate confirmation of EPA’s nominees or outreach to lobbyists, no task was seemingly too small for Jackson.

In December 2017, sewage was found bubbling up from water fountains at EPA headquarters. Its stench was foul, and photos of the black goo quickly went viral online (E&E News PM, Dec. 14, 2017).

Jackson also took notice, alerting the appropriate officials who could take action, according to records obtained by E&E News under FOIA.

"Just wanted to ensure that whomever grounds or facilities people knew there poo in the water fountains," Jackson said in an email.