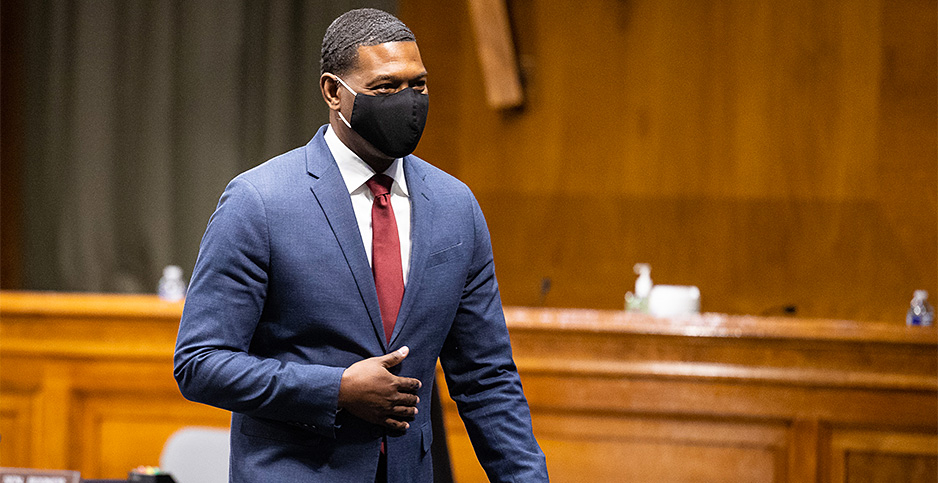 EPA Administrator Michael Regan late last week intervened in what is being described as a civil rights case in the southeast side of Chicago, in an overburdened majority-Latino community where another car shredder is proposed.

In a letter Friday to Chicago Mayor Lori Lightfoot, Regan urged the city to delay a permit for a car and metal shredder upon robust environmental study on cumulative impacts. The mayor agreed.

The move is being called one of Regan’s first major tangible actions to protect a strained community from a new source of pollutants.

"Substantial data indicate the current conditions facing Chicago’s southeast side epitomize the problem of environmental injustice, resulting from more than a half century of prior actions," Regan wrote.

Regan said he did not believe the Trump EPA’s public comments submitted in the permitting process were adequate "and they do not reflect the current priorities and policies of the U.S. EPA."

The proposed car shredder — recently rebranded Southside Recycling from General Iron — is owned by Reserve Management Group, a metal shredding company. Company officials said in a statement Friday the "facility will meet or exceed all applicable environmental and health standards."

"The advanced pollution control system at Southside Recycling is creating a new industry standard that will serve as a national model for capturing and controlling emissions from large recycling facilities," officials said, adding that delaying construction of the new facility would actually worsen environmental justice concerns in the area.

For months, the proposed shredder has attracted sustained outrage from residents and activists after the company sought to move the shredder from Lincoln Park, the affluent white northern part of the city, to the southeast side, known to already be overwhelmed with pollution.

In fact, there are almost 250 facilities in the southeast region that are currently monitored by state and federal enforcement regulators. In the past seven years, EPA and state regulators have investigated 75 of them for allegedly violating the Clean Air Act, according to Regan.

"Chicago is filled with communities that are vibrant and full of life but have suffered from the city’s environmentally racist policies that turn neighborhoods into sacrifice zones," wrote a coalition of local groups led by Southeast Side Educators for Environmental Justice. "The City must reform policies that have left Southeast Side residents to fend for ourselves as dangerous pollution and industrial facilities continue to be directed toward our homes, schools and parks."

The groups added: "As the US EPA has recognized, it’s no longer an option to continue to wait for the segregation and health disparities to deepen, the Lightfoot administration must take action now, not just to protect the health of people on the Southeast side, but to protect all Chicagoans."

Olga Bautista, an activist, added on Twitter: "Great news! Everyone can see how racist and problematic relocating General Iron to the Calumet River is."

In a press release, Lightfoot said that as a direct result of Regan’s letter, she directed the city’s health department to initiate an environmental study and delay a decision on the permit. It’s the final permit the company needs to operate the plant.

It is unclear how long it will take to complete the environmental and public health study, but activists celebrated the victory over the weekend.

"We. Won," one activist, Oso del Rio, wrote on Twitter. "Two words that may not mean much to many, define the future of the Southeast Side, the future of our kids, and of our livelihood. Since 2018, we have fought to keep General Iron out of our community and today we can say We. Won."

Nicole Cantello, an American Federation of Government Employees president of local Chicago, called the action an "early indication that the Biden administration intends to take decisive action to protect an overburdened community from too much air pollution."