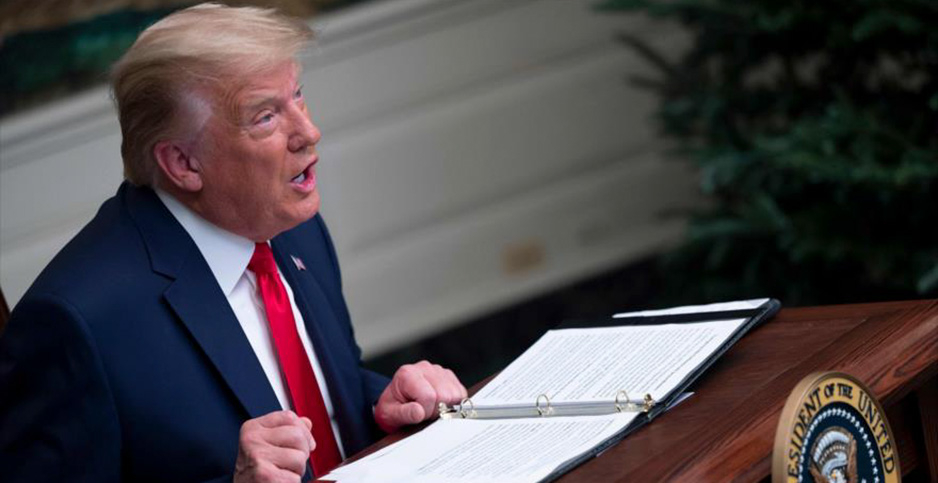 President Trump's administration this month adjusted how cost-benefit analyses are carried out under the Clean Air Act, which could cause headaches for future climate efforts. Ennoti/Flickr

EPA last week pushed out a major rule on environmental analysis in the twilight of President Trump’s term, a move that could bolster legal challenges to climate rules ushered in by the incoming Biden administration.

EPA Administrator Andrew Wheeler has said the rule will eliminate the risk of relying too heavily on co-benefits to justify rulemaking, but some experts see the rule as a last-minute, temporary wrench in Biden’s plans to craft stricter standards on issues like climate.

"It seems like it’s designed to set up legal challenges to EPA rules, filed by industry, that argue if one looks only to the targeted benefits … that the statutory provision at issue contemplates, the rule is not justified," said Jack Lienke, regulatory policy director at New York University’s Institute for Policy Integrity.

In his single term, Trump has managed to scale back enforcement on a slew of key environmental issues, including fuel economy standards for vehicles and methane emissions rules for oil and gas operations.

Environmental advocates have high hopes that Biden will reverse Trump’s rollbacks and get the ball rolling on stricter climate and emissions standards, but many green groups are worried that the incoming administration will inherit multiple obstacles to substantive climate rulemaking — including legal brawls with industry that will be refereed by a more conservative judiciary.

EPA’s cost-benefit rule may be one such stumbling block.

"Each year, more than 100,000 Americans die due to air pollution," California Attorney General Xavier Becerra (D) said in a statement. "[The new] rule will further exacerbate the risks to communities that already bear the brunt of environmental pollution and the resulting health consequences."

"I don’t think that near-term legal challenges to the new [cost-benefit] rule will succeed because the courts will not enter the fray unless the stakeholders or the agency make a case that a specific EPA rulemaking is obstructed or weakened because of the [cost-benefit] rule," Graham wrote in an email.

The Biden administration could attempt to scrap EPA’s new rule, but that process could take months. However, Biden may want to get this "potential land mine" out of the way before finalizing lengthier rulemaking on emissions, said Lienke of NYU.

"This is just throwing up obstacles to the Biden administration to make it more difficult … to reverse all the rollbacks that the Trump administration has finalized over the past four years," Lienke said.

Although EPA’s new rule presents a headache for Biden, experts don’t see it as a long-term roadblock for environmental policy.

Indiana University’s Graham noted that the new rule doesn’t entirely count out consideration of co-benefits — they just have to be analyzed separately.

Caroline Cecot, assistant professor at George Mason University’s Antonin Scalia Law School, said there is no reason the Biden administration couldn’t comply with the rule before scrapping it, since cost-benefit analyses are already required under the Clean Air Act.

She added that the new rule does not necessarily advocate for prioritization of some impacts over others.

"This procedure of reporting might make it easier for the groups to identify the aspects of the decisionmaking that they might want to challenge," Cecot said, "but I don’t personally see that as inherently bad."