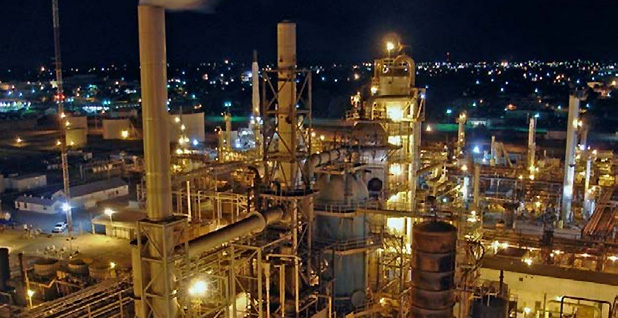 At least 19 U.S. refineries have released potentially harmful levels of benzene since January 2018, according to a watchdog group’s analysis of recently released EPA data.

The worst offender was the HollyFrontier Navajo refinery in New Mexico, the report from the Environmental Integrity Project found. During 25 two-week sampling periods, the refinery in the southeastern corner of the Land of Enchantment emitted more than 30 micrograms of benzene per cubic meter of air, a Department of Health and Human Services agency’s baseline for when short-term exposure to benzene emissions is likely to cause health problems.

During two of those periods, the Navajo refinery’s maximum concentration of benzene, when adjusted for background levels of the carcinogenic gas, was 998 micrograms per cubic meter — more than 33 times the Agency for Toxic Substances and Disease Registry’s "acute minimal risk level" for the carcinogenic gas, which is a component of both crude oil and gasoline.

"Even at low exposure concentrations," breathing benzene for two weeks or less can harm people’s immune systems, according to the ATSDR. The chemical interferes with the formation of red blood cells.

The fence line of the Navajo refinery, the watchdog’s report noted, is around 1,000 feet from an elementary school. Chevron’s Pasadena Refining System near Houston is one of several other refineries that are steps from schools or commercial businesses, which have recorded benzene concentrations topping 30 micrograms per cubic meter, the report found.

HollyFrontier spokeswoman Liberty Swift said the Navajo refinery has quit using a tank that was the likely source of much of the fence-line benzene emissions.

"We recognize it is a privilege to operate in Artesia, where the Navajo facility has been a critical part of the community for 50 years," she wrote in an email, noting that the refinery is the city’s largest employer. "We understand the importance of community and worker safety, as well as transparency, including compliance with state and federal regulations."

Chevron spokesman Bill Stephens said in an email that the company is taking steps to cut benzene emissions at the Pasadena refinery, which it only purchased last May, and another leaking facility.

"Protecting people and the environment is one of Chevron’s core values, and we strive to operate safely and responsibly," he added. "We are committed to continual improvement of the environmental performance in each of our operating locations."

The Navajo and Pasadena facilities were also among a dozen refineries that at some point this year had annual average adjusted benzene emissions north of 9 microgram per cubic meter, EPA’s "action level" for refineries. The now-shuttered Philadelphia Energy Solutions refinery had average emissions of 49 micrograms, the highest in the nation (Greenwire, Jan. 16).

Facilities that record benzene concentrations above EPA’s action level are required to determine the source of the gas leak and provide state and federal regulators with a plan to fix their problems.

But long-term exposure to levels of benzene even below the action level pose a risk to communities, according to EPA. The agency has found that anyone exposed to air with more than 0.45 microgram per cubic meter of benzene over the person’s lifetime would have a greater than one in 1 million chance of developing cancer "as a direct result of continuously breathing air containing this chemical."

"These results highlight refineries that need to do a better job of installing pollution controls and implementing safer workplace practices to reduce the leakage of this cancer-causing pollutant into local communities," Eric Schaeffer, the Environmental Integrity Project’s executive director, said in a press release. "EPA in 2015 imposed regulations to better monitor benzene and protect people living near refineries, often in working-class neighborhoods. Now, EPA needs to enforce these rules."

In a statement sent after this story was published, EPA downplayed the dangers the recorded benzene levels posed to people who live, work and play around the refineries highlighted in the analysis.

"The actual exposure to benzene in nearby communities can vary," depending on the weather and wind direction, an EPA spokesperson wrote.

The agency’s benzene limit is mainly intended to prompt "early action," the spokesperson added. "Should exceedances be ongoing, this may be a flag for EPA to do further analyses regarding potential community risk."

EPA’s 2015 refinery rule required refineries that are considered "major sources" of air pollution to set up passive fence-line benzene monitors, check them every two weeks and report the results to the agency on a quarterly basis. The agency began quietly posting the data online early last year.

Two refineries that were above EPA’s action level in early 2019 — Shell’s Norco Manufacturing facility in Louisiana and Valero’s Corpus Christi West in Texas — ended the most recent quarter for which data is available with annual emissions below 9 micrograms per cubic meter.