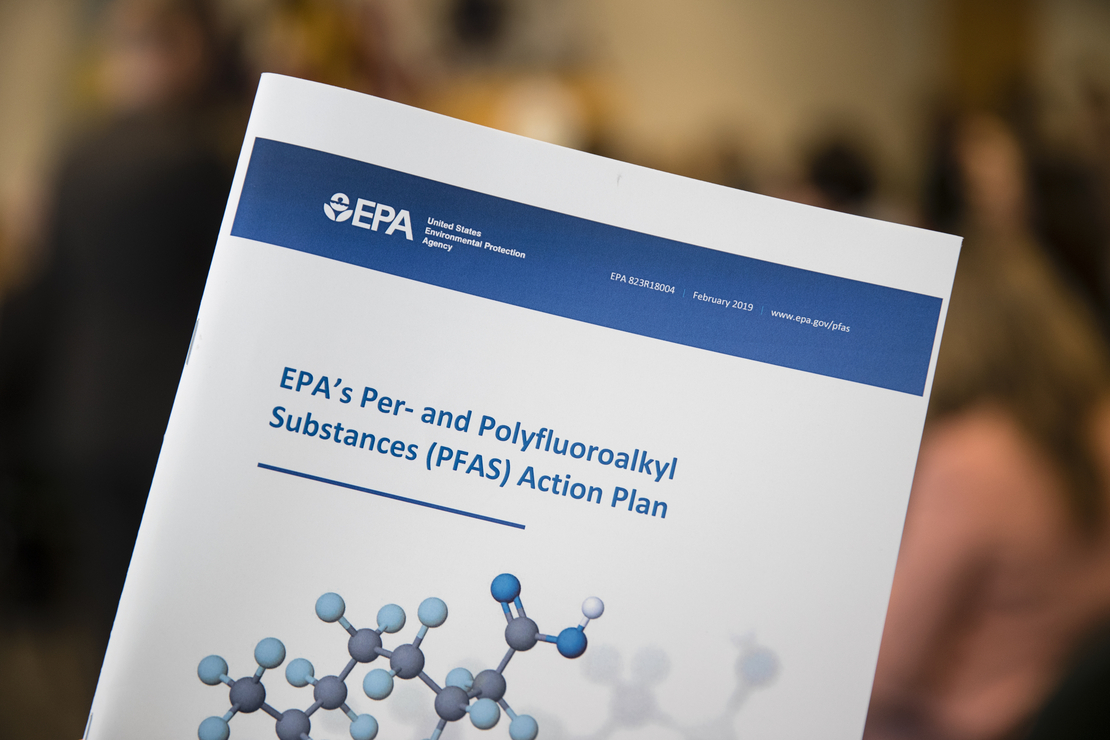 An EPA report is displayed ahead of a news conference in Philadelphia in 2019. Matt Rourke/AP Photo

Impacted communities and other members of the public interested in learning more about “forever chemicals” will have expanded access to that information with an interactive database launched today by EPA.

Regulators announced the new resource Thursday afternoon, touting it as a tool for “the public, researchers, and other stakeholders [to] better understand potential PFAS sources in their communities.” Dubbed the PFAS Analytic Tools, the database mass consolidates information on the thousands of chemicals into one space, offering a major resource at a time of mounting public interest.

EPA Office of Compliance Director John Dombrowski said the system “brings together for the first time data from multiple sources in an easy to use format.” He praised it as a resource that “will help communities gain a better understanding of local PFAS sources.”

Aimed at maximizing understanding around per- and polyfluoroalkyl substances, the resource contains information from a number of other national databases. That includes Clean Water Act data around PFAS discharges from permitted sources, along with reported spills and transfers of waste containing the chemicals. Other information includes drinking water test results and details on areas including PFAS detection in natural resources like fish.

EPA cautioned that the information should be understood within the broader context unfolding around the chemicals.

“Because the regulatory framework for PFAS chemicals is emerging, data users should pay close attention to the caveats found within the site so that the completeness of the data sets is fully understood,” the agency said.

However, EPA said it chose to make the data available now in order to provide researchers, the public and other interested parties with as much information as possible on PFAS.

Proponents of PFAS regulation expressed some initial gratitude for the tool. Tim Whitehouse, executive director for Public Employees for Environmental Responsibility, called the move “a positive step forward” but said more is needed from the agency.

He also expressed that other tweaks are necessary for the public to have a real understanding around the health risks posed by the chemicals. Examples include sweeping confidential business information (or CBI) claims around a significant amount of data, as well as the need for more PFAS monitoring from permitted facilities.

The new tool notably coincides with a number of PFAS-related announcements from the agency this week.

On Wednesday, EPA issued its second testing order to several companies as regulators seek more health and toxicity data around some of the more obscure compounds within the family (Greenwire, Jan. 5). But the agency also said it planned to delay its much-anticipated drinking water standards for two of the chemicals until March, postponing what would be the most dramatic move yet taken by the Biden administration in addressing the contamination crisis.