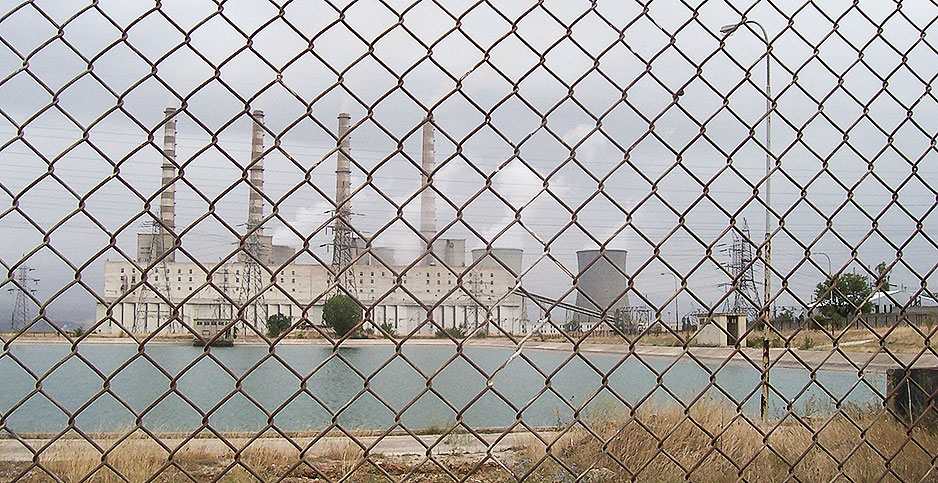 After years of work, the Trump administration has succeeded in formally unraveling a venerable industrial air toxics policy.

Does industry much care?

Prompting the question are newly released EPA documents suggesting that relatively few companies have so far taken advantage of laxer pollution control requirements following repeal of the "once in, always in" framework. The agency initially scrapped the Clinton-era policy with a memo in early 2018 and then embedded that decision in a final rule published yesterday.

The administration’s move sparked alarm from environmental groups that say it will lead to higher emissions of dangerous pollutants with an outsize impact on low-income neighborhoods and communities of color. As of February, however, EPA could only find 69 plants that had made the switch to the laxer option, according to a memo made public yesterday. That’s fewer than 3% of the almost 2,600 facilities that the agency elsewhere says are eligible.

"I expect very few" facilities will seek to reclassify, said Debra Jezouit, a partner at the law firm Baker Botts LLP who manages a coalition of power producers that backed the policy’s repeal, she said in a phone interview this morning. In a follow-up email, Jezouit said she saw the change as most advantageous to plants with retired units that bring them below the pollution threshold for major sources and want to avoid the accompanying reporting requirements.

But at the Environmental Integrity Project, a watchdog group that opposed the rollback, Executive Director Eric Schaeffer questioned the accuracy of EPA’s numbers. Regardless, Schaeffer said in an email, hazardous pollutants don’t travel far. Even if the agency’s figures are good, "it’s small comfort for those communities to hear that 97% of the facilities in other neighborhoods didn’t take advantage of this gift from the Trump administration," he said.

In an official analysis EPA acknowledged that repeal could lead to as much as 1,260 tons of added annual releases of toxics like benzene, a carcinogen, as plants seek to reclassify. But because that decision is voluntary, "we ultimately have no way to know how many will choose to request to reclassify," spokesman James Hewitt said in an email.

Under the "once in" framework, set in 1995, factories, refineries and other large industrial plants had to maintain "maximum achievable" pollution controls even after their emissions fell below the thresholds that put them in the category of "major" sources of mercury, benzene and other hazardous pollutants subject to those controls.

After the framework was first erased in 2018, those plants could seek regulatory reclassification as "area" sources, subject to weaker control requirements. Critics of the "once in" policy said that it discouraged businesses from striving to reduce emissions because there was no regulatory benefit. Under the new final rule, industries also now have certainty that nothing in the Clean Air Act "limits the time when a major source can become an area source," Hewitt said.

But as E&E News has previously reported, EPA has also slashed its initial estimates of the potential overall savings to businesses from repeal (E&E News PM, Oct. 1). Now, the incoming Biden administration could seek to reverse the rollback, and the final rule’s publication makes a new round of litigation all but certain.

Last year, a federal appeals court threw out a challenge to the 2018 memo brought by the Environmental Integrity Project and other organizations on the grounds that it wasn’t a final agency action subject to judicial review (Greenwire, Aug. 20, 2019).

"In the wake of any final rule, companies are going to need to take a close look at the final details and make a long-term determination on the situation," said Kevin Sunday, government affairs director of the Pennsylvania Chamber of Business and Industry, which also supported repeal. But unlike sweeping air environmental regulations like changes to National Ambient Air Quality Standards, he said, the demise of the "once in" policy will have "more of a niche impact."

Under the Clean Air Act, the annual thresholds for major sources are set at 10 tons of a single hazardous pollutant or 25 tons of any combination of toxics.

In examining permits for the 69 furniture plants, fiberglass manufacturers and other facilities that had sought reclassification to area sources by this February, EPA found that the change had no effect on their potential for toxic emissions for all but one, and that the effect in that last case would be modest "and is not likely to result in significant health impacts."

Even after reclassification, an EPA staffer wrote, the "real-world" review shows that plants would in most cases continue to abide by the same pollution control requirements they used as major sources.

But on Twitter late yesterday, Democrats on the Senate Environment and Public Works Committee said that repeal of the "once in" policy "will inflict wide-ranging harm to human health," with a disproportionate effect on communities of color that are more likely to live near major hazardous pollution sources.

"& no," they added in the tweet, "it will not do anything to help our economy."