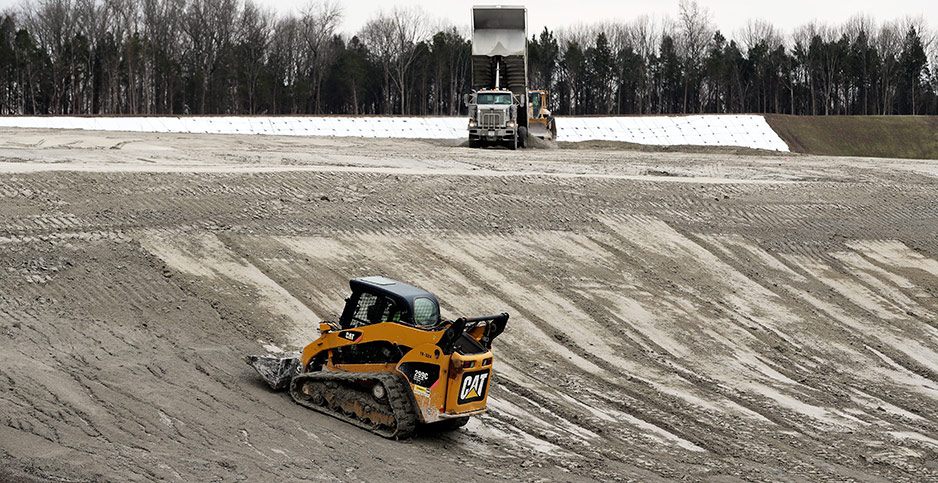 Heavy equipment in use at a coal ash storage site at Gallatin Fossil Plant in Tennessee. Mark Humphrey/Associated Press

EPA said today it finalized the first batch of changes proposed by former Administrator Scott Pruitt in March to the agency’s 2015 standards.

For environmentalists, who spent more than a decade pushing for national coal ash disposal rules, flexibility is code for weakening protections against widespread groundwater pollution and heavy metal contamination.

Acting Administrator Andrew Wheeler, who replaced Pruitt, said today, "Our actions mark a significant departure from the one-size-fits-all policies of the past and save tens of millions of dollars in regulatory costs."

EPA expects to release the rest of the revisions later this year despite ongoing lawsuits brought by both industry and environmentalists in the U.S. Court of Appeals for the District of Columbia Circuit. Interests didn’t move to kill the Obama rule completely, instead targeting certain provisions.

The rule today finalizes "alternative performance standards" to be enforced by both EPA and regulators in states with an approved coal ash permit program.

Federal or state officials can now suspend groundwater monitoring requirements if evidence shows contamination will not reach an aquifer and issue their own technical certifications instead of needing a professional engineer.

The agency revised maximum contaminant level standards in groundwater for certain pollutants, leaving boron off the list, to the chagrin of environmentalists.

EPA also extended the deadline for companies to stop filling an unlined surface impoundment not in compliance with groundwater protection standards or pits that are unable to comply with the 2015 rule’s location restrictions.

The agency timed the deadlines with expected revisions to guidelines on effluent limitations for toxic metals in wastewater.

"As both rules affect the same coal ash basins, this action provides the regulatory certainty needed to make investment decisions to ensure compliance and the continued protection of health and the environment," said Jim Roewer, executive director of the Utility Solid Waste Activities Group, which is affiliated with power industry trade group the Edison Electric Institute.

Environmental groups lambasted each and every one of the changes. They called the agency’s actions a capitulation to industry demands.

"EPA failed for three decades to protect our water from toxic coal plants and now the Trump administration is turning back the clock, doubling down on that failure, and leaving communities in jeopardy," said Jennifer Peters, water programs director for the advocacy group Clean Water Action.

"Trump clearly doesn’t care who his administration puts at risk as long as he can give handouts to the corporate polluters who write the checks for re-election campaigns."

Earthjustice attorney Lisa Evans, a leader in the movement for stronger coal ash oversight, said Wheeler showed "his true colors" with his first signature on a major rule.

And Sierra Club federal policy advocate Dalal Aboulhosn said: "We’ll use every means we have to beat back this latest attempt to weaken basic clean water protections for working families, farmers and outdoor businesses."