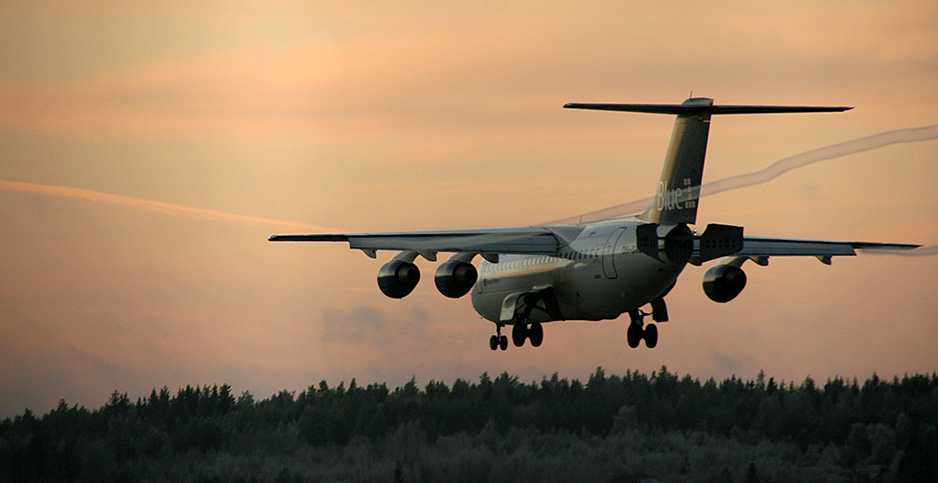 The Trump administration is set to release final standards for greenhouse gas emissions from airplanes. Ulrika/ullisandersson/Flickr

EPA today finalized its first greenhouse gas emissions regulations for airplanes, a historic step after a decade of legal wrangling.

It marks the first time EPA has regulated planet-warming emissions from airplanes and a rare move in the waning days of an administration that has rolled back regulations across the board.

But it was also met with criticism from environmental groups, which for months have said the agency’s proposal does not go far enough.

EPA Administrator Andrew Wheeler said in a statement, "The U.S. leads the world in reducing greenhouse gas emissions and today’s historic action that finalizes the first-ever GHG standard for aircraft will continue this trend."

The final rule, which has yet to be published in the Federal Register, would align the United States with emissions standards set by the United Nations International Civil Aviation Organization (ICAO), which take effect in 2028.

Because noncompliant aircraft will likely be out of production or seek an exemption by 2028, EPA said it is not expecting the regulations to prompt new greenhouse gas reductions.

Rather, the agency’s analysis said it would prevent backsliding by aligning with the international standard.

"This is another industry handout from an administration that’s hell-bent on hamstringing efforts to tackle the climate crisis and maintain a livable planet," Liz Jones, an attorney at the Center for Biological Diversity’s Climate Law Institute, said in a statement.

"It’s now up to the Biden administration to step up and actually cut aviation emissions as part of an ambitious climate agenda," said Jones.

EPA is also planning to skip the 30-day waiting period between publication of the final rule and implementation required by the Administrative Procedure Act.

The agency has used the procedural tactic — which is legally allowed with "good cause" — in recent weeks in an apparent effort to obstruct the incoming Biden administration (Greenwire, Dec. 11).

Typically, the administration that takes office Jan. 20 would be able to freeze regulations that have not gone into effect if it plans to replace or repeal them.

The immediate effective date, laid out on pages 6 and 7 of the final rule, could thwart an attempt by the Biden administration to quickly stop the rule and strengthen it at the request of environmental groups.

EPA issued its initial aircraft greenhouse gas proposal earlier this year to criticism from environmentalists and Democrats, who say the ICAO standard, unveiled in 2016, is too weak.

A dozen Democratic attorneys general criticized EPA’s proposal during the public comment period, pointing to an International Council on Clean Transportation study that found the ICAO standard "lags the existing efforts of manufacturers by more than 10 years" (Greenwire, Oct. 20).

The average new aircraft delivered in 2016, according to the report, was already in line with the 2028 standard.

Green groups have also been pushing for EPA to regulate aircraft emissions since 2010, when several groups sued the agency over alleged failures to address mobile sources of greenhouse gas emissions, kicking off years of additional legal back-and-forth.

The industry, however, supports the ICAO standard and EPA’s moves to mirror it.

Aerospace Industries Association Vice President of Civil Aviation David Silver said in a statement today that the agency "has demonstrated America’s commitment to global action against climate change and ensured U.S. aircraft will meet the same standards as our competitors across the world."

Boeing Co. similarly called the rule "vital for protecting the environment and supporting the sustainable growth of commercial aviation and the United States economy."

A company statement said, "The standard is one of the essential pillars of the industry’s strategy to cut net global aviation emissions to half of what they were in 2005 by 2050."