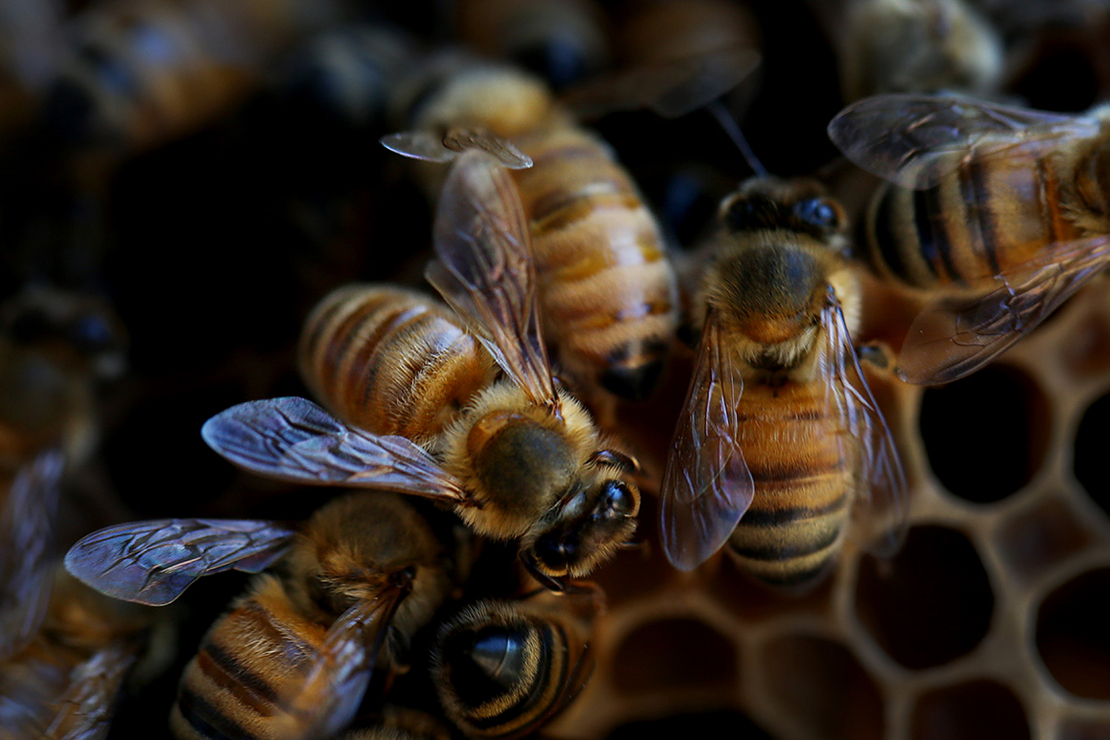 Bees are seen on a honeycomb cell at the Behaviour, Ecology and Evolution Lab's hives at the University of Sydney in Australia on May 18, 2021. Lisa Maree Williams/Getty Images

The widely used weedkiller dicamba poses a previously unknown risk to honeybees, EPA said in a draft assessment of the pesticide’s potential dangers to wildlife.

The draft assessment, open to public comment for 60 days, is part of the ongoing routine registration review for dicamba, a popular herbicide farmers use on soybeans and other crops genetically modified to tolerate it. EPA released the draft along with an updated human health risk assessment that echoed earlier findings.

On the other hand, EPA said, new information eased previous concerns about risks to birds from dicamba spread on genetically modified soybeans, and no risks were identified for aquatic nonvertebrates.

“Numerous non-target plant incidents have been reported to be associated with the use of dicamba,” the agency said in a news release. “EPA continues to monitor the incidents information for dicamba.”

Although EPA has approved its continued use, the agency has made label modifications to try to rein in unintended damage — to limited effect. Dicamba’s manufacturer, Bayer, has supported those efforts while rebuffing critics’ call for a ban on so-called over-the-top use on growing crops (Greenwire, Dec. 22, 2021).

The Center for Biological Diversity said in a statement today that the findings underscore the need to further restrict uses of dicamba.